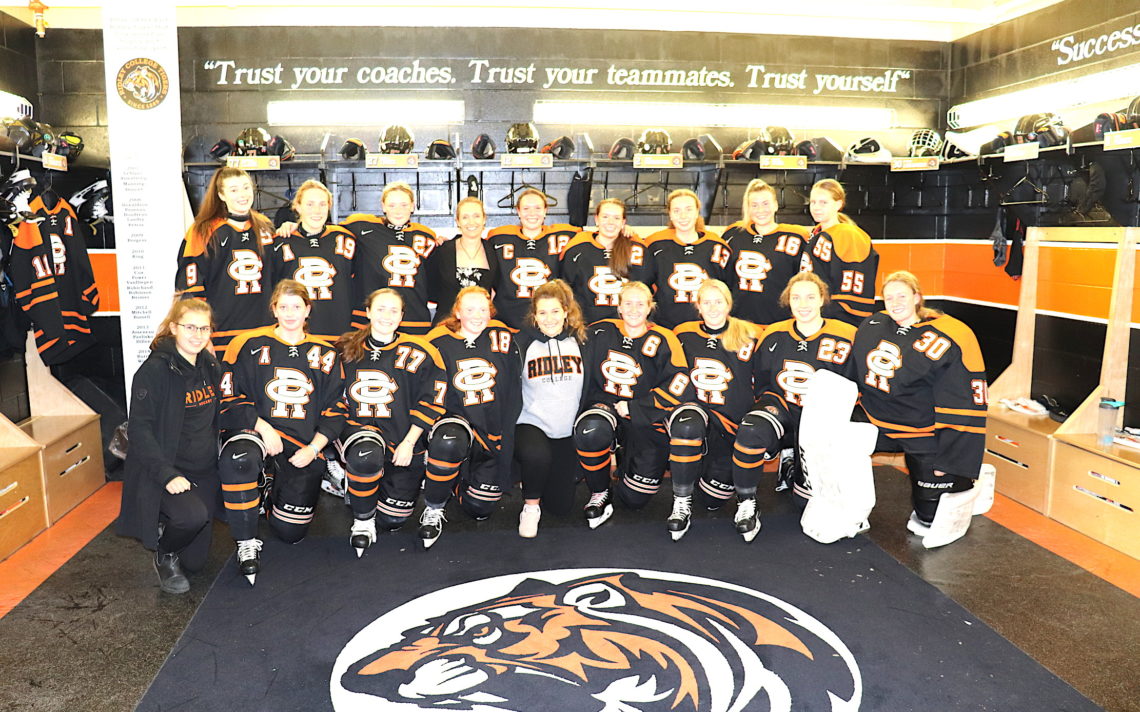 The Tigers defeated A21 Academy 3-2 in overtime, Victory Honda U18 AAA 7-3, NEFPHL Prep Selects 8-5, and then dropped a 4-3 overtime loss to Northwood School.

“This week was a huge test for us, as we had the opportunity to compete against very experienced teams that featured several D1 college commits, and an NHL draft pick,” head coach Mike McCourt said. “For a team as young as we are to have success against elite players that are two to three years older than us is a very encouraging sign for our group.”

Prep Girls Hockey was back in action this weekend facing off against Peterborough Ice Cats in back-to-back exhibition play which saw the Tigers win 5-2 and 4-0.

The girls saw offensive production from a number of different Tigers, including a hat trick by Emma Penner in Game 1, as well as first goals of the season in Game 2 from Abby Russell and Lauren Toner.  Brooke Loranger also recorded the shutout in Game 2.

Up next: JWHL Boston this coming weekend where Tigers will match up against the Ontario Hockey Academy and Washington Pride.

Ridley crews earned five medals from the Head of the Trent Regatta in Peterborough. 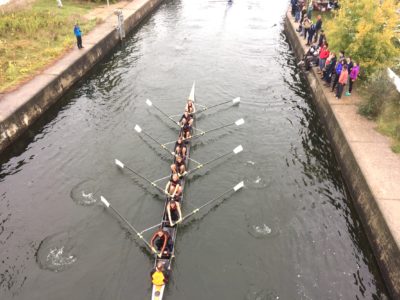 D’Angelo Cortese-Affoon paced Ridley with 15 while Alex Root had 13 and Dylan Kalambay and Kiano Heath nine each.

The Tigers also dropped a 68-34 decision to Rise Academy.

“Ridley played very well in the annual rivalry game against Upper Canada College,” coach Paul O’Rourke said. “Todun Akinyelure scored from a leaping header to cancel out the visitor’s first half, opening goal. The teams were closely matched until UCC scored two in quick succession to extend their lead. Joel Andinda pulled one back for Ridley to set up a tight finish to the game. UCC scored on the final play of the game to make it a 4-2 finish. It was another tough defeat for the Tigers who put plenty of work into the match and were unfortunate not to come away with points out of the league match.”

The shutout was shared by senior Xavier West and rookie Darius Des Vignes.

First Girls Field Hockey dropped a 1-0 decision on penalty flicks in the bronze medal game at a CISAA tournament in Mississauga.

In the opener, Ridley finally put one past the line as Chloe Cook was able to bury her first goal on the season. Sustained pressure after that goal enabled Ridley to add another as rookie Angela Finn netted her second goal of the season in a tight play around the net, to put Ridley up 2-0. The Tigers kept control of the game from that point, and were able to hold onto the lead when the final horn blew, giving goalie Eliza West her first shutout of the season.

After a quick break the Tigers faced Hayden from Burlington. Riding the momentum of the previous game, Ridley decisively controlled the play throughout the game, although they were not able to capitalize on any of the chances. At the other end of the field, the timely chances Hayden brought were turned away by the defence corps, led by Olivia Massis, Ciara Blew and Izabella Taliano. West continued to make clearing saves on route to her second straight shutout, as the two teams drew to a 0-0 tie.

The third game of the day, this time against Bishop Ryan from Hannon, was a tight affair with both teams trading chances throughout the game. Both teams had multiple chances, but there were no conversions until mid-way through the game, when Bishop Ryan executed a short corner to near perfection as the offensive player tipped a goal in, to take the lead.

A quick back-to-back game was next on the agenda versus North Hastings from Bancroft which ended in a 0-0 tie.

Ridley finished the preliminary round in fourth place, setting up a semifinal game against perennial force Bill Crothers First Team, a school of nearly 1,500 students from Unionville. The strong team from BCSS came out quickly and scored two quick goals before the game was five minutes old.  Defensive adjustments by Ridley kept the offence at bay, though the high skill level and strong play of Bill Crothers was too much and two more goals ended the game for Ridley with a 4-0 loss.  Despite the result, Ridley continued to battle hard all game, kept their composure and played with superb sportsmanship to the eventual champions.

The semifinal loss sent Ridley into a bronze medal game with a rematch against the North Hastings team from earlier in the day. West recoded her fourth shutout of the day as the game ended in a scoreless tie.

With no formal tie-breaking formula for the game, the two teams decided on a best-of-five penalty flick match to determine a winner.  With both teams each scoring twice, including a superb shot from Riley McMaster, the penalty flick contest was forced into a sudden-death situation.  The North Hastings sixth shooter made a great shot, that Eliza West stopped 99 per cent of, though the ball fell and just dribbled over the line.

Facing elimination, Riley McMaster stepped up for the second time, looking to put one past the line.  An incredible shot was made, though full credit to the opposing goalie and a spectacular save gave the favourable result to North Hastings, ending the tournament for Ridley in fourth place.

The Tigers also dropped a 2-1 decision at Villanova in CISAA regular season play.

The Tigers also dropped a 3-2 decision to Havergal as McMaster and Angela Finn scored.

The Tigers battled Hillfield to a 2-2 tie in U16 boys soccer.

Elias Lalos and Ignacio Alario scored for the Tigers.

“Good on the boys to fight back against a skilled Hillfield side,” coach Andrew McNiven said. “Ridley was down 2-0 at half and closed the gap almost taking the lead at the end of the game. Great point for the lads.”

Up next: An exhibition match against local academy side at home on Wednesday. 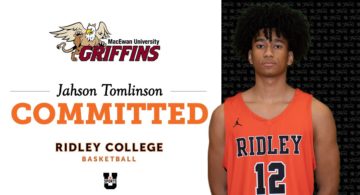 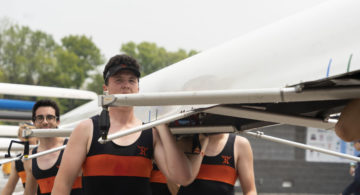