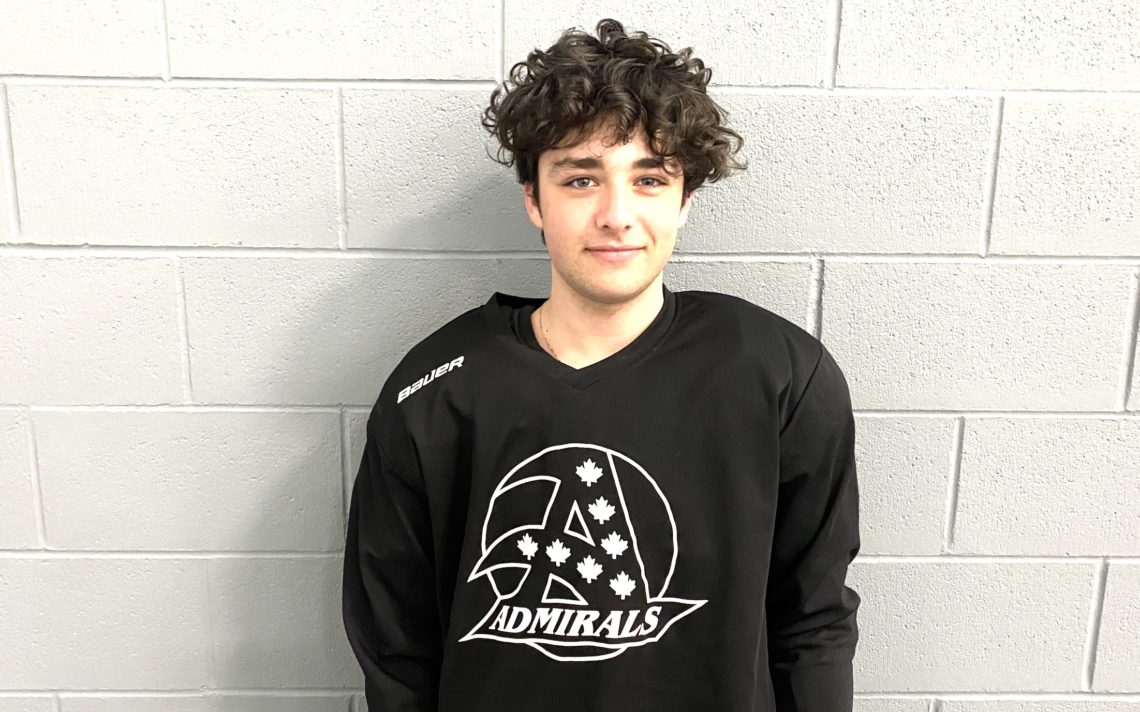 Owen Caldwell is far more than a one-dimensional, stay-at-home defenceman.

The 16-year-old Port Colborne High School student is a solid rearguard for the Southern Tier Admirals, who excels at the other end of the rink as well.

“Owen is highly skilled and offensively talented defenceman,” Admirals coach Steve Webb said. “He has high hockey IQ and is a real fourth option threat jumping into the rush.”

Caldwell admits he loves to hop up and join the forwards.

“Playing with some good players, you learn off of them,” he said. “I’ve always liked to score goals and make pretty plays.

“It’s always been in my blood that I’ve been an offensive defencemen.”

Having said that, Caldwell is well aware as he moves up the hockey ladder taking care of his own end will become more vital.

“Making the first pass is always something that I’ve strived to do. This year with the little amount of games we have played, I think I’ve done a good job of taking care of my own end and letting the offence come after that,” he said.

Caldwell is looking forward to the Ontario Hockey League draft which will be held over the course of two days, with rounds 1-3 on Friday, June 4 at 7 p.m. and rounds 4-15 Saturday, June 5 at 9 a.m.

“It’s been in the back of my head for a while and now that we know the dates it comes up every day in family discussions at the dinner table and stuff like that,” Caldwell said. “It’s on my mind pretty much every day now. I just have to wait another month or so to see if my name gets called.”

Caldwell has had the dream of playing in the OHL for some time.

“It started early watching the IceDogs play every week and it’s something that I’ve always wanted to be,” he said. “There was no AAA in atom so I played a year up and we went on a pretty good run at the OMHA’s and finished third so after that I started playing AAA all the way up.

“It’s been a long journey.”

Caldwell said he has had contact with a few OHL teams, including the Peterborough Petes and Oshawa Generals.

“He’s garnered a fair level of attention from OHL teams and deservedly so,” Webb said. “Every team looks for players in his position with the poise, IQ and skillset that Owen has.”

Caldwell is biding his time for the draft, working out as much as possible in his garage.

“It’s pretty disappointing not being able to play as much as we would have wanted to and hoping to have made a good impression on the scouts,” he said.

Caldwell feels he is advanced enough to graduate to junior hockey next season, even if the OHL doesn’t work out.

“The U18 is always a good program but I think my goal would be to make junior B somewhere. I think I have a pretty good chance and I’m confident in myself of doing that.”