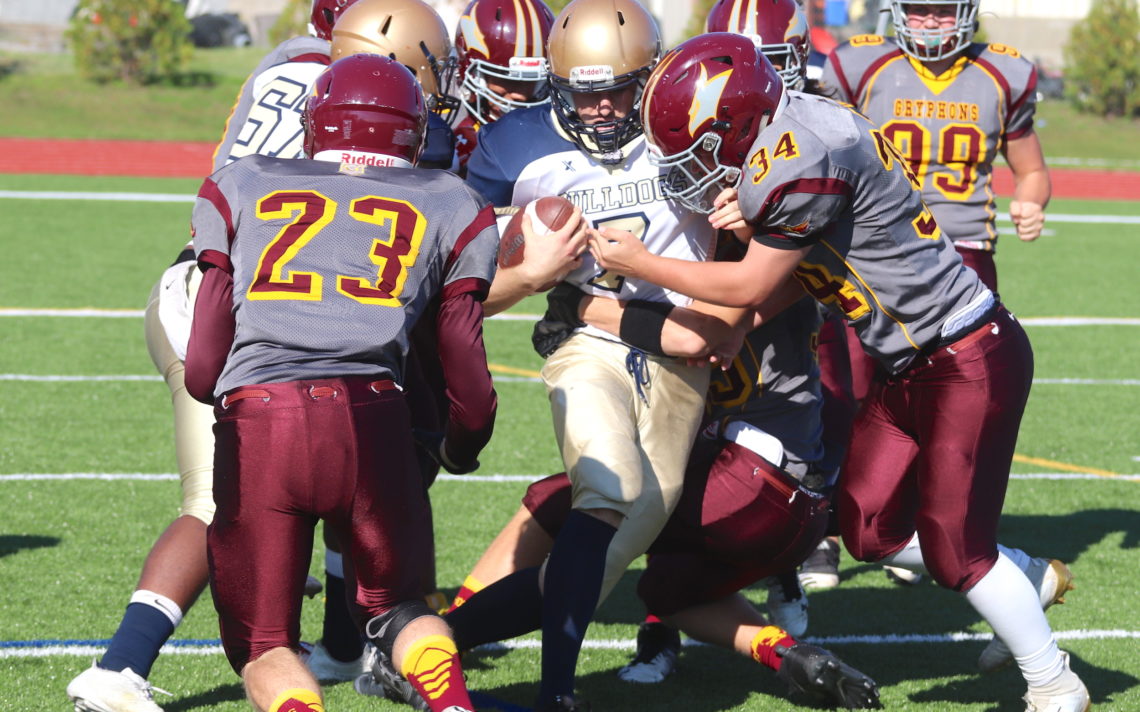 “Our defence played really well,” Westlane head coach Jason Babony said. “Our offence couldn’t move the ball. We were making mistakes on every series. We shot ourselves in the foot and missed on an opportunity.”

The defending Tier 2 champion Grimsby Eagles rallied from a 21-0 second half deficit Thursday to record a 23-21 victory over the Governor Simcoe Redcoats in NRHSAA senior football action.

Seamus Galivan, who also blocked a convert, sparked the comeback with a blocked punt.

Ty Kellar won the game for Grimsby with a 32-yard field goal from the right hash with 44 seconds left on the clock.

Also contributing to the win for the Eagles were: Ryden Lapcevich, 18 carries for 137 yards, including and eight-yard TD run; Xavier Zatylny, two-yard TD run and a 12-yard TD pass to wide receiver Kieran McDonald; and, Treyton Lapcevich with an interception.

“Our offensive and defensive line played much better than Week 1,” Silverthorne said.

Leading the way for the Cougars were: Ethan Robertson, 49 yards passing, one TD pass and a seven-yard rushing major; Sam Nawrocki, 42 yards receiving, one receiving major and a 47-yard interception return for a major; Jon Hooker, 105 yards from scrimmage with a rushing TD; Sean Perry, rushing TD and 22 rushing yards; Noble Arterberry and Ty Dawn were dominant on the offensive and defensive line; Jackson Collin, fumble recovery returned for a touchdown and two sacks; and, Presley Kalybaba, interception return of 37 yards.

For the Golden Eagles: Lucas Friesen had two interceptions and a 15-yard TD reception from Mark Suntz; Kolton Battiste forced a fumble; and, Curtis Isherwood had a 60-yard kickoff return.