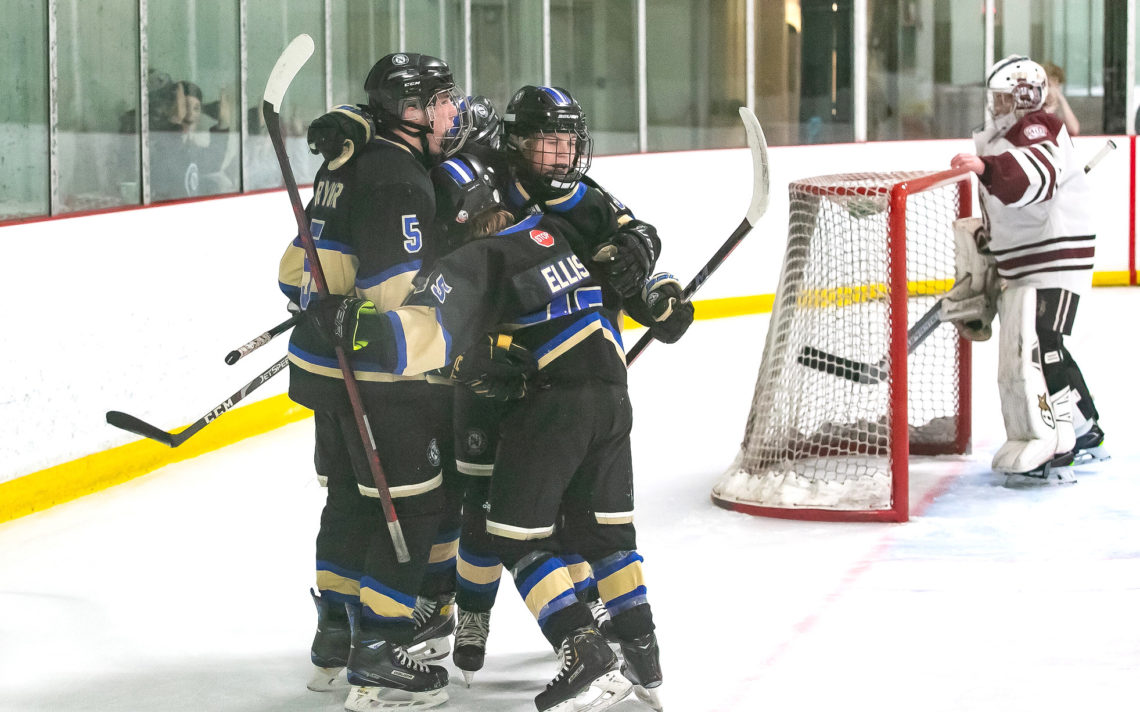 The Niagara North Stars dropped a 6-5 decision in overtime in the bronze medal game at the OHA U13 AAA championships. Photo by: RICK DENHAM PHOTOGRAPHY.

The Niagara North Stars defied the odds to come within a goal of a medal at the Ontario Hockey Association U13 AAA championships in Burlington.

The North Stars, ranked 14th heading into the tournament, dropped a heartbreaking 6-5 overtime decision to the No. 3-ranked Ottawa Valley Titans in the bronze medal game.

“Our goal was to make it to Friday (where we would have an opportunity to play for a medal),” team manager Peter Partridge said.

The North Stars began the tournament with a 6-1 loss to Don Mills before rebounding to defeat the host Burlington Eagles 5-2. The Stars then topped the Thunder Bay Kings 4-2, lost 5-3 to Ottawa Valley Titans and 9-4 to the Huron Perth Lakers before defeating the Sault Ste. Marie Jr. Greyhounds 7-1 to advance to the semifinals.

The Stars lost 5-2 in the semifinals which put them into the bronze medal game.

“The team had the same dressing room the entire week so we could leave all of our stuff to hang and dry,” he said. “We got a key, locked the door and left and there was lots of Gatorade supplied to the team.

“They tried to make it feel like a big deal.”

The Stars advanced to the OHA championship after capturing the Ontario Minor Hockey Association title by defeating York-Simcoe Express 5-2 in the gold medal game at the OMHA Tournament in Oakville.

Nick Smith is the head coach and was assisted by Ryan Lindsay, Steve Shuker, trainer Steve Ellis and Partridge.

Tryouts for next year start Monday, April 25. There is now contact (U14) so many players are attending hitting clinics this week. Players also have to opportunity to move to other centres at the U14 level.