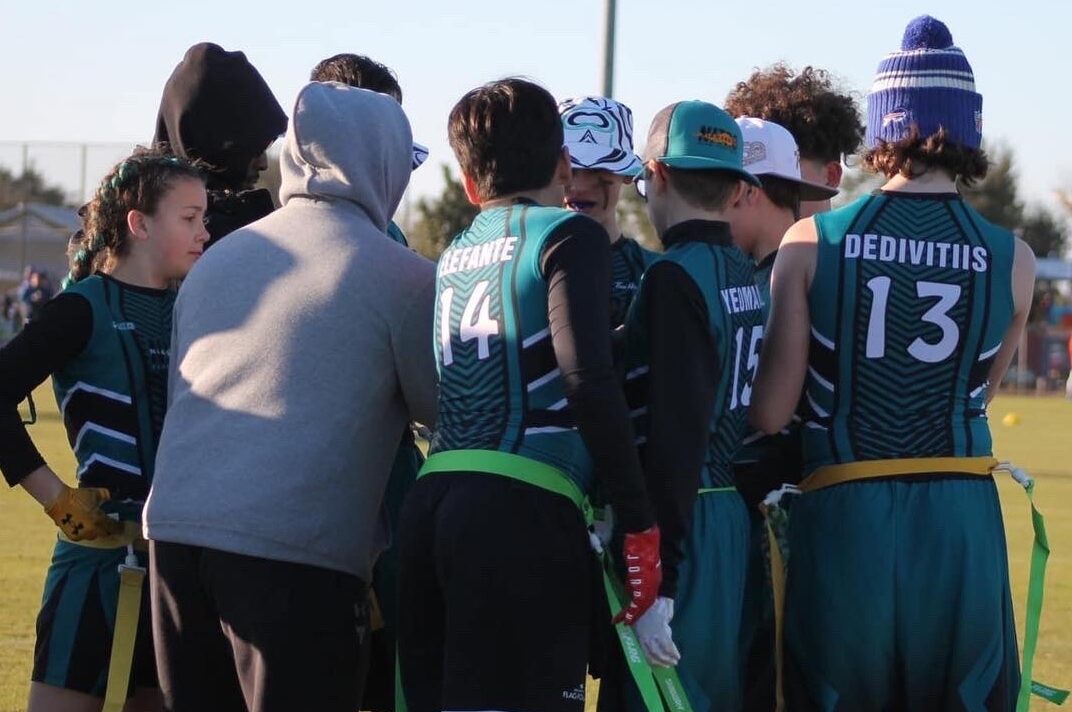 The Niagara Youth Flag Football Nitros had a successful touch down in America.

Seven travel teams from NYFF recently returned from Lakeland, Fla., where they performed well at the national championships.

“As program director, I am extremely proud of all my players, coaches, and parents. Just four years ago we started this league as a house league flag football with hopes of expanding into travel program one day,” Matt Hill said. “Here we are now with 600-plus in house league and 60 players in travel. Special thanks to Erin Clarke, our travel program director, as she made all this possible. We will grow from this and structure our travel program to what’s best for all involved.”

Travel tryouts will likely commence in March to open up for new players.

Hill described the U.S. experience as a weekend to remember.

“I think the coolest thing was you have the massive and reputable American flag programs down there with multiple teams and, of all the programs, we were right up there in terms of the amount of teams from one program.”

The tournament was best-on-best with teams from all the United States and the competition was fierce.

“I think some teams were shell-shocked early on in terms of the amount of teams, atmosphere and intense competition,” he said. “However, as games were played, our teams settled in nicely.”

The under-14 boys team faced a wicked draw in pool play in its 14-team division, with all of its games against teams ranked in the top six. The Nitros opened with a loss and then fell 19-13 to top-ranked THT from New York on a late touchdown. The game was the closest THT would have and it would go on to win the championship by a 34-6 margin. In its final pool game, Niagara upset the eventual finalist and second seed to advance to the qualifying round.

“The boys fought hard with a last-second touchdown to tie the game but eventually went on to lose in overtime which ended their weekend,” Matt Hill said. “After seeing the competition out there for the first time, we feel incredibly confident we can go back and compete with the best flag football programs in America.”

The Nitros lost three games by a combined 12 points.

“We were one or two plays away from beating the best of the best and we now know what to expect. We will go down next time better prepared with more bodies and be sure to bring home hardware,” coach Alex Hill said.

The Nitros suited up with seven players all weekend while opposing teams had anywhere from 10-12 players. Noah Walters, Travis Boland and Trent Dobson lead the team all weekend with help from a strong supporting cast.

“This team is certainly a bright spot for this program and we’re proud of each and every one of them,” Matt Hill said.

The under-12 girls, led by head coach Alexia Tam, have proven to be one of the strongest teams in the province, consistently competing at a high level. Its draw gave them a strong schedule and they faced off against the top teams in America. The girls battled hard all weekend and showed progress each game. Against the fifth-seeded team from Pittsburgh, the Nitros went in as big underdogs but proved they could compete with anyone. The defence, lead by Teagan Clarke was stellar, barely giving up a first down in this game. The offence lead by Danika and Cate, connected for a touchdown on the last play of the game to make it 7-6.

“Our team learned a lot this weekend and got better every single game which is all you can ask for as a coach. We realized how serious this sport is in the States and the amount of preparation these programs do to get ready for these tournaments,” Tam said. “It’s safe to say our girls will be back and stronger than ever for the next tournament.”

The under-seven boys team, the youngest NYFF team at the event, had great success. Carrying five-year-old quarterback Kamren Sobaszak and powered by MVP play from Denali Anderson and Dax Fortune, the team made it to the semifinals before being eliminated.

The under-11 boys started slowly and finished strong, led by overall MVP Ezra Ivory, offensive MVP Mahkyi Goguen and defensive MVP Kaelan Rudyk. The squad made it to the quarter-finals before losing by a touchdown to the No. 1 seed. In pool play, the Nitros lost 26-0 to the top seed.

“With a few bounces and more experience, this team could have won their division and that’s a huge positive sign as this was a team we thought could go down and surprise some American teams,” Hill said.

The under-12 boys, which included plenty of new faces to the travel program, made huge gains each game. Led by great coaching and hard work, the boys put up a good battle before being eliminated in the quarter-finals. Team MVP Owen Saunders was a monster on both sides of the ball, making plays all over the field.

The under-10 girls squad played up an age division and the skills of the team were on full display.

“This was the team’s first-ever tournament and all of my years doing this I’ve never seen a team with so much raw talent and athletic ability,” Hill said. “Look to hear about this team in the future.

The under-10 boys team also carried a roster of several new faces to the travel program but it battled hard and stayed together as a team.

“Led by coach Herdy Christian and coach Vik, this team made several improvements and will get back to the drawing board to get ready for the next tournament,” he said. 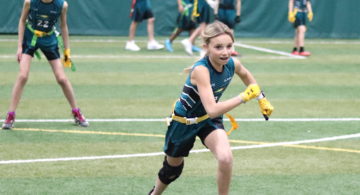 Nitro ready to explode in Florida