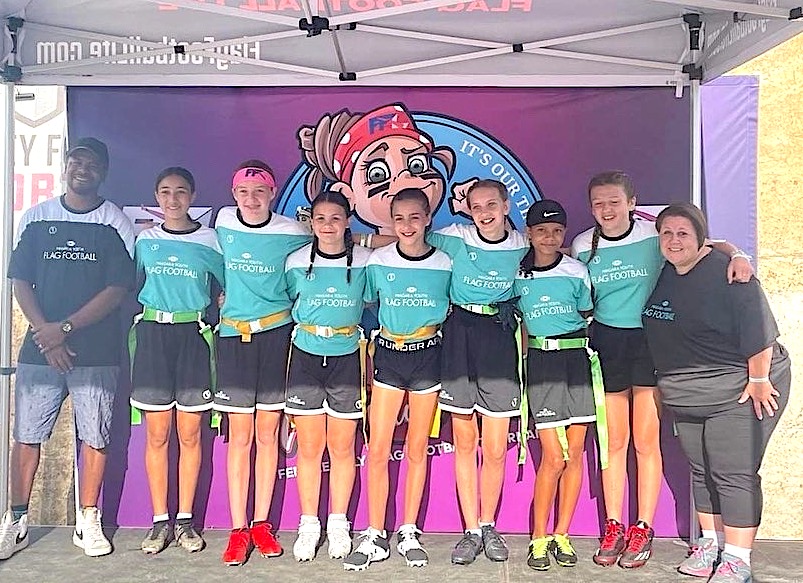 Niagara Youth Flag Football’s under-16 boys team showed great representation for the league and the province claiming a silver medal at the recent national championships.

“The team, coached by Matthew Hill, Alex Hill and Alexia Tam, made the coaches and province so proud with their dominating performance, first-class behaviour on and off the field and how they demonstrated the fine mature young men they are,” Matt Hill said.

Contributing to the silver medal were: Dylan Devries and Trent Dobson with strong MVP performances on both sides of the ball and leaving everything they had on the field; quarterback Noah Walters, who led the offence to an average of more than 40 points a game with his running, passing, ball management and keeping all the players involved and engaged; Carson Casasanta, one of two younger players on the team, showed his speed and agility all weekend while rarely leaving the field; new additions Luca Valvo and Jeff Vormitagg had huge impacts with Valvo leading the way at snapper and catching every football that came his way, and Vormitagg leading the team in flags pulled and recording several key interceptions and bat-downs; Eric Corriveau, the team’s rusher who had non-stop pressure on the opposing quarterbacks the entire tournament; and, younger player Ryder Hall, who fought through an injury but still left it all on the field by rushing, filling in wherever and being a great teammate.

The team missed Travis Boland who was injured and couldn’t play. He was a huge part of the team’s success at provincials and came and supported the team with coaching, water, video, and anything his teammates needed.

“The special bond built this weekend between the team and coaches will allow us to continue to grow. We all learned the value of teammates, brothers and sisters and how football comes secondary to all that,” Matt Hill said.

It was the first time in a decade a team from Niagara ventured south to play this growing sport. Seven girls from the Greater Horseshoe joined 86 teams from across the United States, Mexico and Panama.

The girls had a 2-1 record in round-robin play, led by captains Cate Hawkins and Teagan Clark. On offence,

quarterbacks, Hawkins and Danika Spicer showed great adaptability. Touchdowns by receivers Spicer and Grayce Bell and running back Clark made the girls an offensive force. Receptions by Mya Lentini and an interception by Hawkins kept the other teams on their toes. On defence, Abby MacCormack was instrumental in stopping other teams with her flag grabbing. Aaliyah Henry was an intense rusher, who put quarterbacks on notice with multiple sacks and heavy pressure. With a short bench of only seven girls up against much larger teams, veterans Hawkins and Clark, along with newcomer Bell never left the field, pulling double duty on offence and defence.

Following round-robin play, the girls were seeded an impressive eighth out of 24 teams in their 12 and under age bracket, putting them in the A division for playoffs. Their only losses of the tournament came to THT out of New York, which brought two teams, including one which eventually won the division.

“This was an amazing showing for a team of girls who only came together a few weeks ago and held their own against veteran teams who practise twice a day in their respective states,” Hill said.

Flag Football Life, under the direction of Matt and Mike Reimel, put together a fantastic tournament that served to continue the growth of women’s flag football in the United States and around the world. While in Pennsylvania, the girls also had the opportunity to attend a college showcase sponsored by the Philadelphia Eagles. Though the showcase was intended for high school students, the Niagara girls made their presence felt, catching the eye of several of the coaches and volunteers who were surprised by their youth.

“On the whole, the tournament was a huge success and the organizers and other coaches all fostered an incredible spirit of camaraderie intent on building the sport,” Hill said. “Niagara Youth Flag Football is looking forward to a return to the United States to better their already amazing result in this first tournament.” 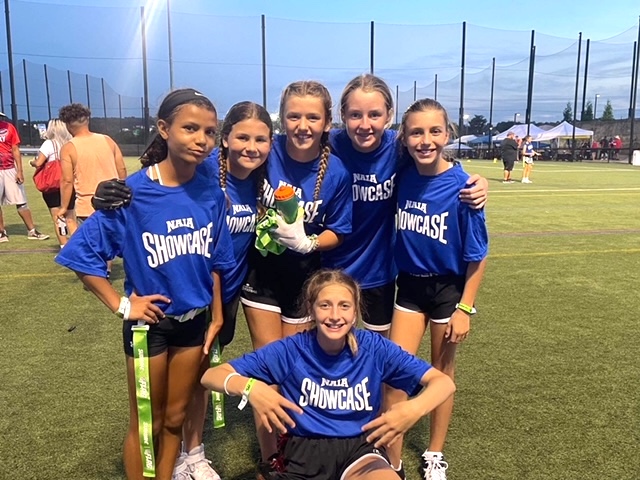