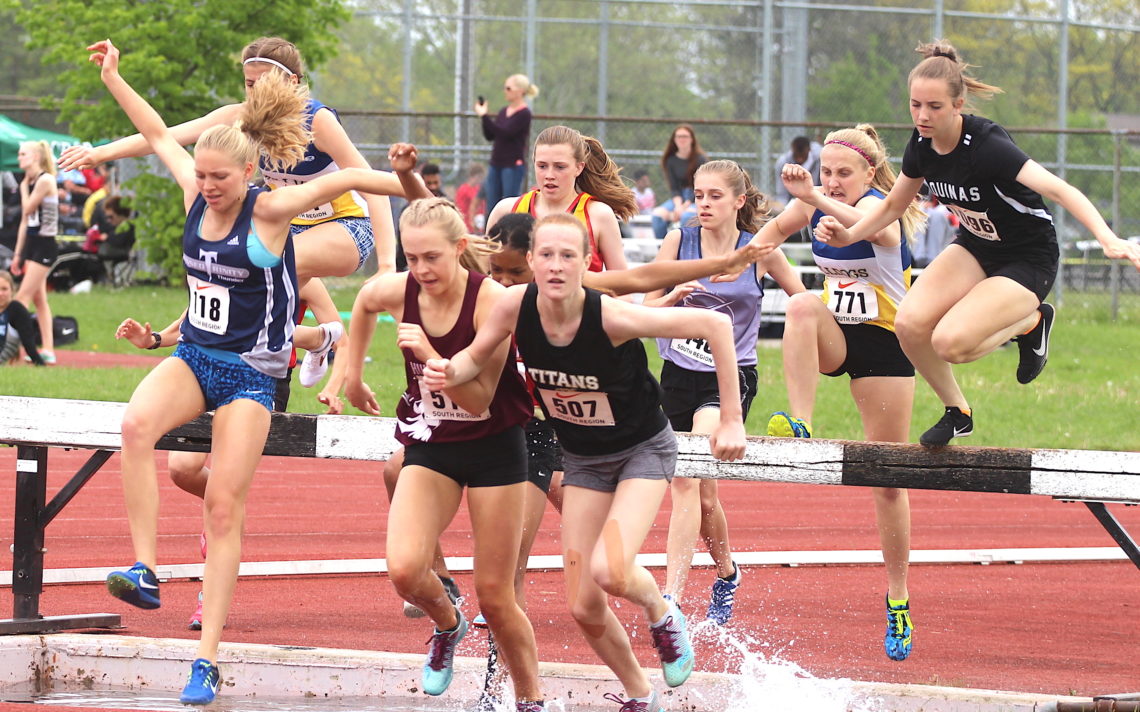 Niagara Olympic Club back on track

The Niagara Olympic Club’s athletes and seven coaches made a joyous return to training last Friday.

“I went to the track earlier in the day and we put some happy faces where the athletes put their bags two metres apart,” NOC president Sharon Stewart said. “I think it was good to go to the facility before the kids came because it was a bit emotional.

“You realize that three months is a really long time and you really missed it.”

Friday’s training session was made up of the club’s 16 distance runners and they were staged in two groups of eight in different areas around the facility. COVID-19 regulations from Athletics Ontario allow for up to nine athletes per group.

The club’s revised schedule will see: the distance runners train on Tuesdays and Fridays; jumpers will work out on Monday and Saturday; throwers will train Wednesday and Saturday; and, sprinters will be going through their paces Monday and Thursday.

Upwards of 50 athletes will be back training at the club.

Before they start training, they are asked a series of questions by a health and safety officer at the one gated entrance to the NOC facility. The COVID-19 screening questions occasionally have a trick question included.

“I will ask them where they went last night,” Stewart said, with a laugh. “They haven’t been asked that question for so long that they don’t know the answer to it.”

All the athletes have site maps for the facility and they take the pathway to their designated training area. There are designated areas for the athletes to put their bags and where they do their warmups to maintain distancing. All athletes have to have a towel or blanket with them because they are not allowed to sit or lay on the track.

Athletes must stay in their own training group and they’re not allowed to switch over to another group. The coaches must also stay with the same training group.

An attendance record has to be maintained.

Throwers are allowed to use their own equipment if they don’t share.

“It is just a wait and see as to how things go,” Stewart said. “They are only training twice a week now but they are maintaining their independent training at home.

“Typically we train three times a week but we thought we would get used to the new way of doing it before we increase it and add more people into the facility.”

Stewart describes the mood of the club’s athletes as happy to be back.

“They are ready to work hard and they’re really ready for competition, but that’s a long ways away.”

Despite the lack of any meaningful competition on the horizon, Stewart believes the athletes haven’t lost their motivation.

“I am surprised with how motivated they are and how hungry they are for it,” she said. “They see the value in the training and for several events like the jumps and throws, once they can jump or throw, they can measure their own progress.”

The jumpers and throwers underwent some testing when they returned to see how much speed and power they had maintained during the lockdown and most came back fit.

“Most importantly, the schedule we keep with them, the communication and their independent training, regardless of where they are with their physical fitness, I think it really helped with their emotional and mental wellness,” Stewart said. “I told the coaches the mental and emotional aspect is so much more important than the physical because the physical we can get back.”

Many of the runners have been training on different surfaces so they have to be eased back into running on a track surface.

Several of the club’s older athletes will be missing the chance to get exposure in front of university coaches.

“It is tough for them but they have to remember it is absolutely the same for everyone,” she said. “People are going to have to change the way they are doing their recruiting and what they are looking at for performances.”

Stewart expects the next step in the evolution of the allowed training protocols will be to have the jumpers using the high jumps mats and sand pits for long jump and triple jump.

“Their training is the most compromised right now as far as their technique and technical training,” she said. “I am sure they are getting bored with working on strength and power.” 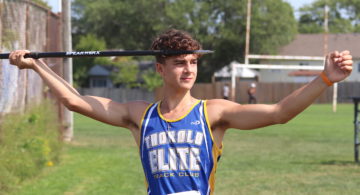 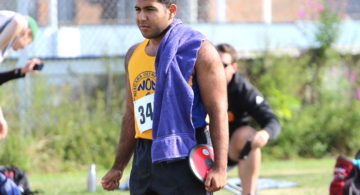