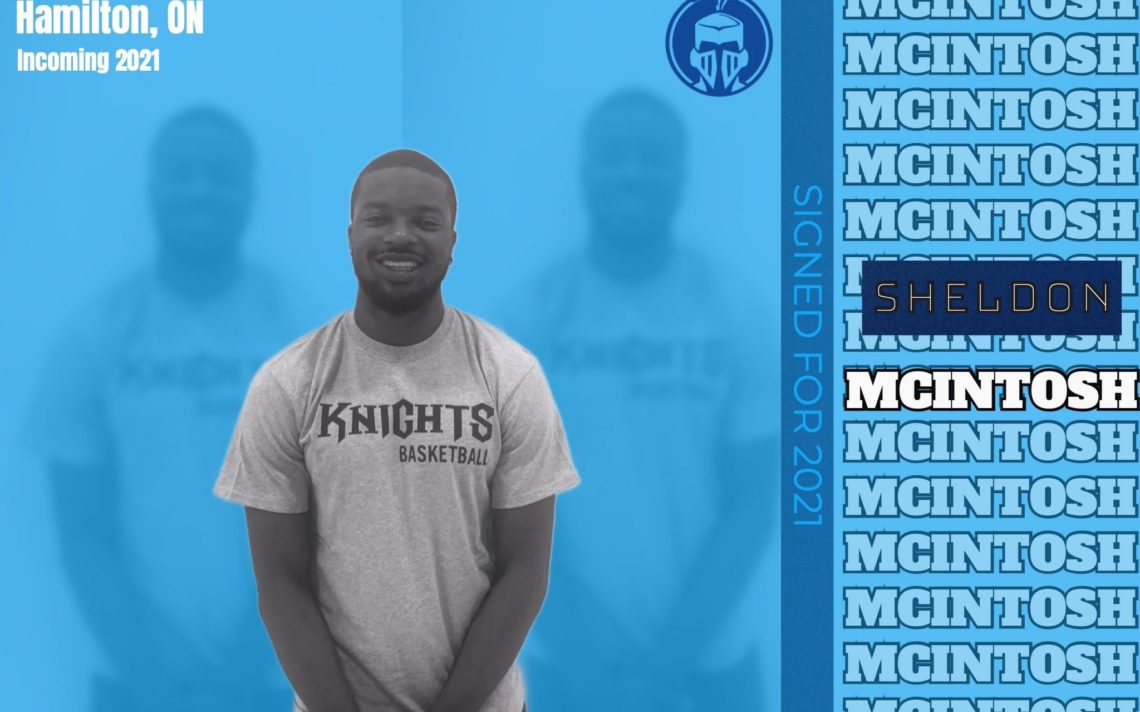 It has been a long and winding road that has landed Sheldon McIntosh with the Niagara College Knights men’s basketball program.

The 24-year-old Stoney Creek native spent two seasons with the Carleton Ravens then took a year off, was on the roster of the McMaster Marauders for a year in 2017-18, took another year off and then went to firefighting school.

With the end goal of becoming a firefighter, he is now enrolled at Niagara College and is primed and ready to help the school’s basketball program.

“I never lost my love of the game,” said McIntosh, who is presently working in the patient transfer, non-emergency ambulance service sector. “Things didn’t work out at McMaster the way I would have liked it to but now that I know actually what I want to do when I am done school, things have fallen into place and I have to play. That is just what my heart is telling me.”

Since spending the season with McMaster, the 6-foot-2 guard has scrimmaged with the McMaster and Laurier basketball teams in the summer, played a couple games with OVO Bounce two summers ago and also played pickup games here and there.

He’s confident it won’t take long to get back in the swing of things at Niagara.

“It might take me a little while to regain my footing. It’s a matter of getting in shape this off-season and getting my body to a point where I can withstand a full season again.”

McIntosh contacted Niagara head coach Phil Mosley last summer about joining the team and those conversations led to him signing with Niagara this week.

Mosley is excited to have McIntosh a part of his program.

“Sheldon is an athletic, skilled shooting guard with the ability to be a premier defender in our league. He has played in high-level programs, including the perennial USPORTS powerhouse Carleton Ravens, and his work habits and attitude reflect that background,” Mosley said. “Sheldon is a high-character young man who will bring leadership and veteran presence to our basketball program.”

As likely the oldest player on the team, McIntosh is expecting to be a steadying influence for the young squad.

“I have been able to see the guys a bit and it feels weird to be in this older role,” he said. “I still consider myself to be young but when I look around, there is a lot of youth on the team and I am going to try and help them whenever I can.”

He feels he has a lot to offer the Niagara roster.

“I would like to think that I am a skilled and team-first player and I do whatever needs to be done to win,” he said. “Winning is the most important thing and any way I can do that and have fun while doing it, that is great for me.”

His time at Carleton was invaluable to his development as a basketball player.

“The culture that they have over there helped immensely,” he said. “They have a very strong program and the defensive principles I learned while I was there can translate anywhere. I think that’s what can help me help the other guys with the little things that will contribute to us getting an OCAA (Ontario Colleges Athletic Association) tournament berth.”

McIntosh can’t wait to get started at Niagara.

“I miss the team atmosphere and that is something that is hard to replace anywhere you go. And I just miss playing basketball. It’s something I have grown up doing my whole life and it is hard to just completely stop, especially so abruptly.”