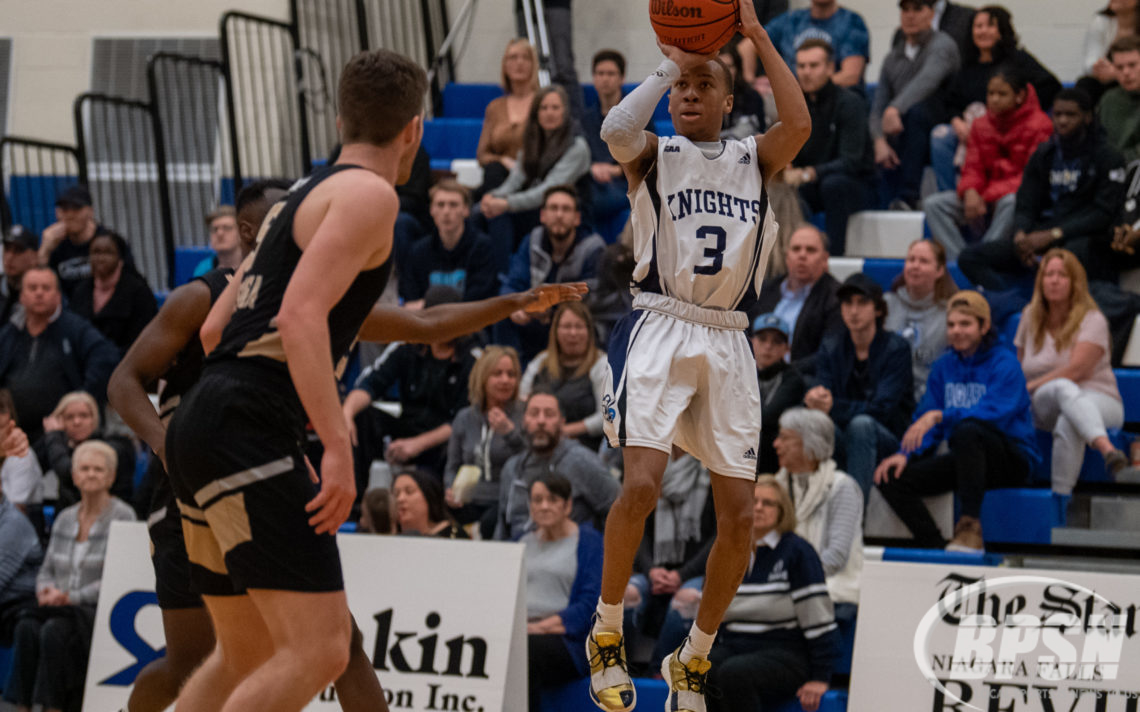 The Niagara College Knights men’s basketball team opened up the second half of the Ontario Colleges Athletic Association season with a 93-84 victory over the Conestoga Condors.

Niagara improved to 4-6 with the victory while Conestoga fell to 4-8.

Head coach Phil Mosley acknowledged it was a big victory for his team heading into the back half of the season.

“This was a gutsy win tonight,” he said. “Our guys stayed together and worked hard on both ends to secure this victory.

“We have had difficulty closing out games and tonight we battled and managed to hold off their second-half surge.”

Top performers for Niagara were: fifth-year guard Lequan Hylton with 29 points on 8-16 shooting from the field and 7-14 accuracy from the three-point arc; Johnnie Richardson (Saint Paul) with 19 points and six rebounds; Sterphone Augustin with 15 points and 17 rebounds; Rahim Bardi (Governor Simcoe) with 12 points; and, Kennon Larmond (Centennial and Ridley College) with nine points and five rebounds

Niagara is at Sheridan (7-3) Tuesday.

The Niagara women’s basketball team fell to 1-8 on the season following a 73-69 loss to the Conestoga Condors.

The Knights started strongly, building quarter leads of 19-11 and 40-28, before Conestoga roared back by outscoring Niagara 26-11 in the third quarter.

“There were some positive takes from tonight,” he said. “But at the end of the day, we turned the ball over too much and we weren’t good enough to finish and win the game.”

Conestoga improved to 6-5 with the win.

Niagara is at Sheridan (5-4) Tuesday,

“The first game after the break is always a wild card,” Niagara head coach Steve Dow said. “We need to get back to the form we displayed before the break where we start on time and do our jobs to a high standard.

“St. Clair did a good job jumping on us early and using their strengths to score early and often. We changed our line up in the third set and it sparked a set win but in the fourth we stopped doing our jobs and St. Clair exploited that.”

Niagara was led by Elijah Bugiardini with 16 points and Sam Otten with 13 points. 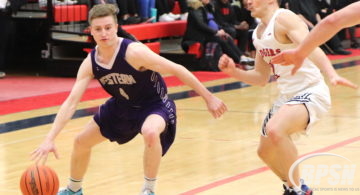 One last homecoming for Thomson 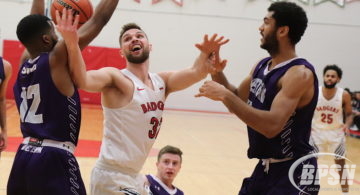 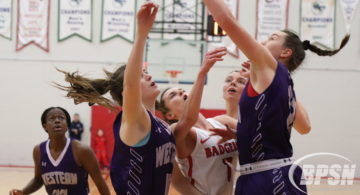