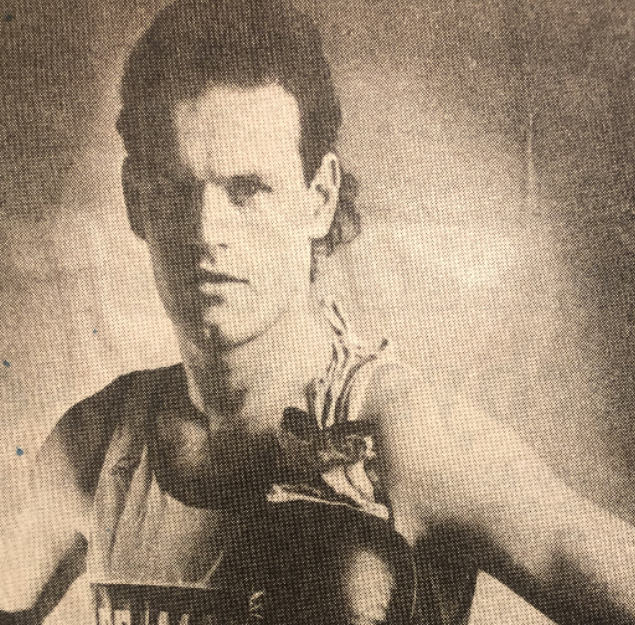 Rob McGregor can trace his start in boxing to The Pen Centre.

“I met Steve Pagendam outside The Pen Centre one night when two of my friends were about to have a fight with each other,” the 55-year-old Toronto resident said. “He walked by and said ‘If you want to fight go to the boxing club’ which I didn’t even know existed at the time.”

McGregor, who will be honoured at the St. Catharines Amateur Boxing Club’s Niagara Legends Boxing Show Friday at the Merritton Community Centre, took Pagendam up on the offer.

“My friend and I went down and I had success and stayed. He didn’t have success and he left after one fight.”

The club that the native of Glasgow, Scotland, found a home at was the St. Catharines Boxing Club.

“I loved it right away,” said McGregor, who came to Canada at age 2 and moved to St. Catharines when he was in Grade 1.

He was coached by Hank Boone and Rufus Johnson.

“He (Johnson) came over from Niagara Falls, N.Y., every night and was a retired boxer himself. He was a great guy,” he said. “Hank Boone had no boxing experience but he had a heart of gold.”

McGregor would end up having an excellent amateur career, winning several medals at the Ontario championships, including golds at the senior level in 1985 and 1989. Both his Ontario titles came when he had moved to the Bramalea Boxing Club.

“But I got my start in St. Catharines and that’s who I give all the credit to.”

Bramalea coach Peter Sjouwerman was also a big help in his boxing career.

The high point in his boxing career was getting to fight 1988 Olympic bronze medalist Raymond Downey at the national team box-offs in 1989 in Winnipeg.

He also got a chance to represent Canada twice internationally, fighting in Sofia, Bulgaria, and Cologne, Germany.

In 1990, he turned pro and retired from boxing after one fight.

“I realized it wasn’t for me,” he said. “I was also an apprentice electrician, I was married and I couldn’t dedicate enough time to it.

McGregor is 100 per cent honoured to be recognized as a Niagara Boxing Legend.

Also being honoured Friday along with McGregor are Vinnie Ryan, Doug Dobias and Rob Fortuna. The card is being held at the Merritton Community Centre with the boxing starting at 7:30 p.m.