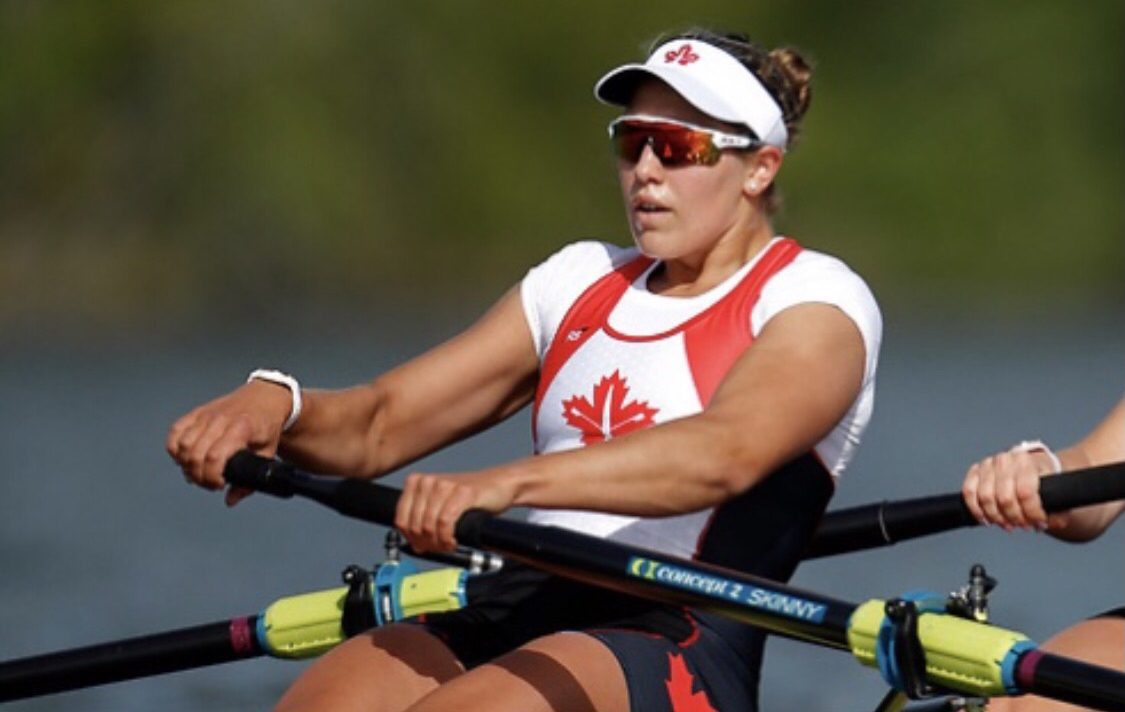 Kristen Kit is going back to where it all began.

“I went to my first rowing championship in the women’s eight in 2009 in Račice, so it’s really fun for me to go back over 10 years later. It’s the first time I got to wear the maple leaf and it’s just really special to go back.”

St. Catharines native Morgan Rosts in also a member of the crew. Rosts, a member of the Ridley Graduate Boat Club, was an alternate in the eight at the last Olympics. The soon-to-be 26-year-old Jordan native was a member of Canada’s women’s eight that won back-to-back gold medals at the under-23 world championships in 2017 and 2018.

The women’s eight won a silver medal at the Lucerne World Cup this summer and Kit feels the boat is trending in the right direction.

“After the Paralympics or Olympics, everybody kind of does something different in that year after, so we have a very young group.”

Kit describes the boat as a challenging group of women.

Kit was thrilled to see Sevick and Smith join the eight after placing sixth in the women’s double at the Tokyo Olympics.

Returning with Kit from the eight that won Olympic gold are Wasteneys, Payne, and Gruchella-Wesierski.

“It’s a really unique blend of young talent, talent from a small boat, and then talent from the women’s eight that won last year so I think Lucerne was pretty exciting for us.”

Gruchalla-Wesierski didn’t compete with the crew in Lucerne and five of the nine members of the boat came down with COVID the week before the regatta.

“We were actually quite happy with that silver medal. That was a brave race,” she said. “We emptied ourselves in that first thousand and it was kind of like a poker game. I think a part of Syd Payne actually might have died after the first 700 with the sounds she was making. I’ve never heard that from a human being and I hope I never hear it again. She’s just such a talented racer that she’s always gonna bury herself, but that was something new.”

Kit describes the boat as a bit of an underdog crew.

“Just because it’s a smaller boat, we don’t have quite the pedigree that other countries might have. That’s fine. That’s a good place to come from.”

There are a number of other Niagara athletes selected to the world championships team following a selection process in August at Quamichan Lake on Vancouver Island. The selections were then reviewed and approved by an independent panel.

Gadsdon, a 25-year-old native of Hamilton, competed for Canada in the eight at the 2018 and 2019 under-23 worlds and was a member of Canada’s four that placed eight at the 2021 Olympics.

Court, a 25-year-old St. Catharines native, coxed Canada’s mixed coxed four to an eighth-place finish at the 2021 Paralympics and the same boat to fourth at the 2018 worlds. She also coxed Canada’s women’s eight to gold medals at the 2017 and 2018 under-23 worlds.

The team travels to Munich, Germany, on Sept. 3. It will train at the Olympic Regatta Centre in Dachau before moving to the world championship venue Sept. 15.