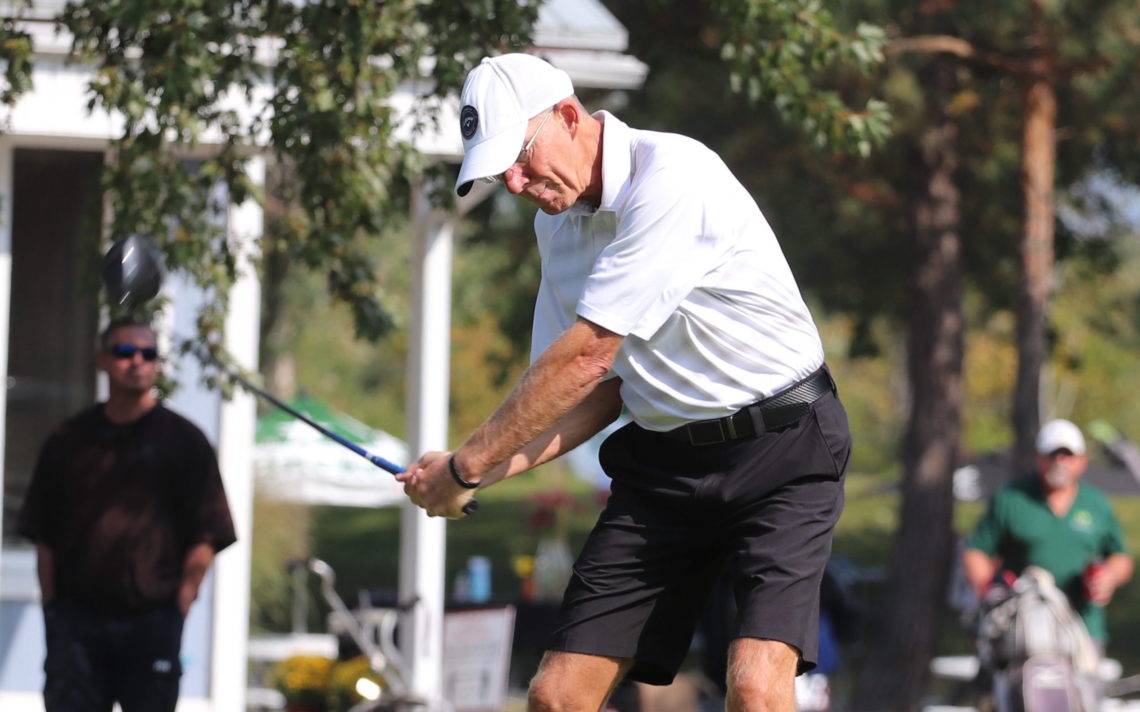 Derek Divok is a player and a member of the organizing committee of the new Niagara Senior Men’s Tour.

Bill Bodfield’s aha golf moment has led to the formation of the Niagara Senior Men’s Tour.

“I never played competitive golf myself and as I got older I was playing better golf and I got to a point where I wanted to play a little bit competitively,” said the four handicapper at Rockway Vineyards. “I wasn’t good enough or long enough to play on the men’s tour so I thought that I can’t be the only guy who gets into mid mid-50s and wants to play some competitive golf.

“I thought it would be great if there was a tour for old guys who can’t hit it 300 yards any more.”

Along with fellow committee members Derek Divok and Tim Dundas, the tour staged a test event last September at Rockway Glen and it was a rousing success.

“It was crazy,” Bodfield said. “I don’t even know how much advertising we did and we had to cap it at 80 guys. I actually had a waiting list.

“I got 100 senior golfers’ email addresses from that event and I used it to catapult us forward.”

The success of that inaugural event, won by Andy Labelle, led the trio to launch a five-tournament tour in 2021.

As of this week, 68 golfers have already signed up to compete on the tour.

“Considering the COVID, that’s a pretty good response because a lot of guys haven’t been out at the golf courses and we are not able to advertise at restaurants,” Bodfield. “We are pretty excited that is this going to be a good, long-term venture.”

There is still room for about a dozen golfers to sign up for the tour and those interested should visit https://www.niagaraseniormenstour.com for more information. The two requirements to sign up are that golfers have to be 55 or older and have handicap of 15 or lower.

The registration fee for the five events is $380 which includes golf and prizes.

“The reason we are able to offer that (price) is because we are doing the events on Mondays and Mondays are way easier to get courses to do it,” Bodfield said.

There are concerns the province-wide COVID lockdown may cause the cancellation of the first tournament but plans are in place to reschedule it if necessary.

“I am still hopeful we are going to have our five events this year,” Bodfield said. “Long term, I think it might go to five events and a final.”

“It’s supposed to be fun and a 15 handicapper is more of a fun golfer than a competitive golfer,” he said. “I think I did the math and there are 30 guys now with six handicaps or better but it’s just as important for guys who wants to go out, play a round and have a few beers with friends.”

Dear reader. If you liked this story or one of the 3,200 other stories found on our website, please consider hitting the Support Us button on the right-hand side of our home page and making a PayPal contribution to our website. Your support would be much appreciated. If you are a business owner, please consider advertising on our site. BPSN is looking for a business to sponsor our coverage of the senior tour. Our rates are reasonable and we provide plenty of exposure for your business. Contact bpuchalski@cogeco.ca for more information.