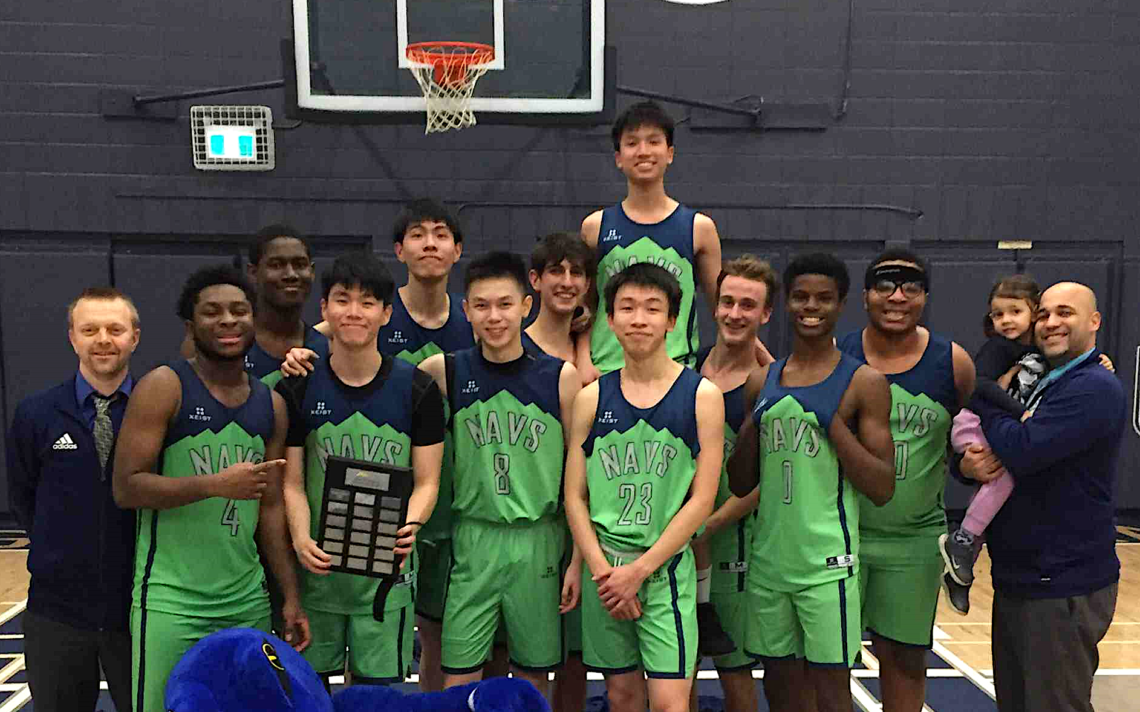 The Niagara Christian Collegiate Navigators have charted their way to their third Ontario Federation of School Athletic Associations boys A basketball championship in the past five years.

After opening the Southern Ontario Secondary Schools Association championships with a 74-34 victory over Hagersville last week, the Navs advanced to OFSAA with a hard-fought 53-51 victory over the Smithville District Christian Storm.

It was the third win of the season for Niagara Christian over Smithville Christian, but it was by far the most difficult, requiring a defensive stop on the last possession of the game.

“When we played them at home we handled them pretty well and in a tournament we beat them by 15 or 20,” Niagara head coach Anthony Haughton said. “They are really well coached and their coach did a great job preparing them and they had one player who did a phenomenal job inside. 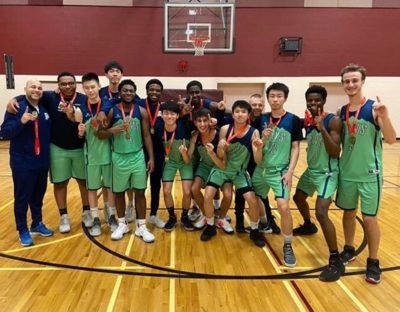 “But our guys held it together through some adversity.”

Leading the way for Niagara Christian in the SOSSA final victory over Smithville Christian were: Ladi Aganga with 20 points and 12 rebounds; Dayo Williams with 14 points and five boards; and, Damisi Ayodabo with eight points and five rebounds.

The Navs have been able to run a successful program year and year out by stressing a number of things.

“It’s the boys’ commitment. They buy in really early in the season and it evolves from year to year,” Haughton said. “We put expectations on ourselves to be the best in everything we do as well as everyone has a role and everyone is valuable on the team. That way, all the guys feel like they are part of something bigger than themselves.”

The Navs are now off to OFSAA is March 9 to 11 in North Bay looking to improve on a previous best middle-of-the-pack performance.

“From top to bottom on this year’s team, I can put anyone in and it’s the next guy up,” Haughton said. “At SOSSA, we proved it. We had Neil and a couple of out other starters in foul trouble early in the first half and other guys stepped up.”

That is one of the key factors in the team’s success.

“Our strength in numbers, our ability to handle the ball and our ball pressure are what have carried us over the top,” he said. “These guys are very selfless and they put the team before themselves.”

Providing much of the leadership for the Navs is three-year veteran and team captain Wangler.

“It is his commitment and desire to lead,” Haughton said. “Neil always puts the team first and he doesn’t care if he scores or makes assists or what he is doing. He just wants to get the job done for the team and the guys look to him for his effort and work ethic.

“He’s kind of the pinnacle of what we want NCC basketball to be like.”

The 18-year-old Fort Erie resident is thrilled to be making his first appearance at OFSAA.

“It is kind of the top of where you can go at our level and in past years I was working hard to try and get us there, but fell short,” the 12 B student said. “This year, all my work had paid off and we made it.”

He feels the team’s culture is what made the squad successful.

“We are just so close as a team and I haven’t had that in any other team that I played for,” Wangler said. “And we just play so well together.”

The six footer felt the turning point in the season came in a game against King’s Christian after winning the Ontario Christian School Athletic Association tournament.

“They were an excellent team and everyone was just locked in.” he said. “There was a point I remember in the first quarter when our starting lineup started to slow down a bit and our coach pulled off the whole starting five. He put in the bench and they pushed the lead even bigger.

“It showed how deep we were and I really believed we could do something special this year.”

Wangler has no expectations for OFSAA.

“We are going to do our best but nothing is guaranteed,” he said. “We are hoping to medal but you never know. It will be tough.” 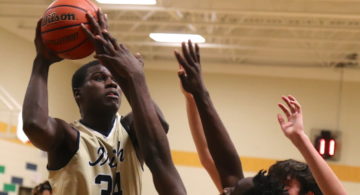 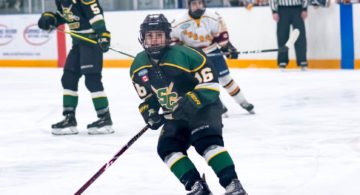