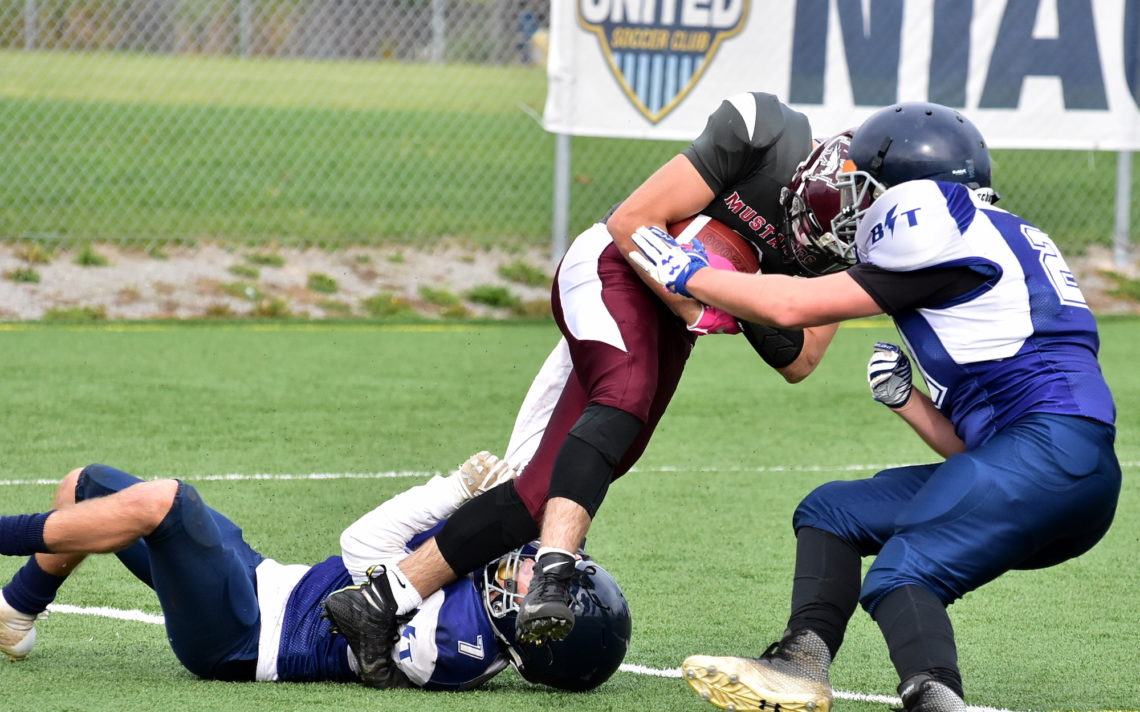 “You go into every season hoping to win the championship and that is obviously the mindset,” head coach Brian Carter said. “The team is willing to compete every game as hard as it possibly can and we will see where it takes us. We are going to try our hardest to get to the top.”

To get there, the Mustangs will be going in a straight line.

Aggression will be a trait of the Mustangs this season.

“We are going to gang tackle on defence and run the ball on offence,” he said. “Sometimes these days, people get a little fancy but we are going to take that ball and run straight ahead. It’s just as effective.” 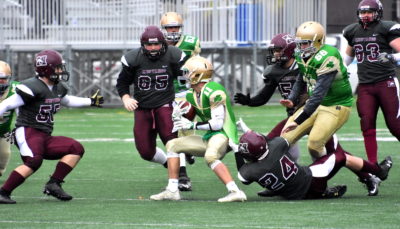 Keeping it simple is also important when your team has plenty of athletes without a ton of football experience.

“You can overwhelm kids at times, get a little too complicated and then the kids get hesitant because they are not sure what to do,” he said. “But if you tell them to hit the guy in front of them, it’s a little easier to do.”

Carter isn’t promising any football that resembles poetry in motion.

“It won’t be pretty, but we are going to try and get it done.”

At least in terms of bodies, the Mustangs appear to have the horses to try just that.

“It looks really positive,” Carter said. “We have pretty good numbers — over 30 kids which is great — and there is a lot of excitement about being out there.”

The Mustangs return 11 players from last year’s squad, including nine starters. The team also boasts three or four 12B students.

“We have skill guys who play different sports so that’s a positive,” he said. “They are not football players but they still understand how to compete and use the skills they’ve gathered from different sports.

“They play other sports and we are hoping they can make plays for us in football as well.”

Carter stepped away from coaching last year and is glad to return to the football fold.

“I’m excited to be back with the kids on the field and the coaches have done a great job the last couple of seasons in preparing the kids. It’s nice to have them in senior now.”

Last season, Saint Michael went 3-3 in the regular season before losing to Notre Dame in the semifinals.