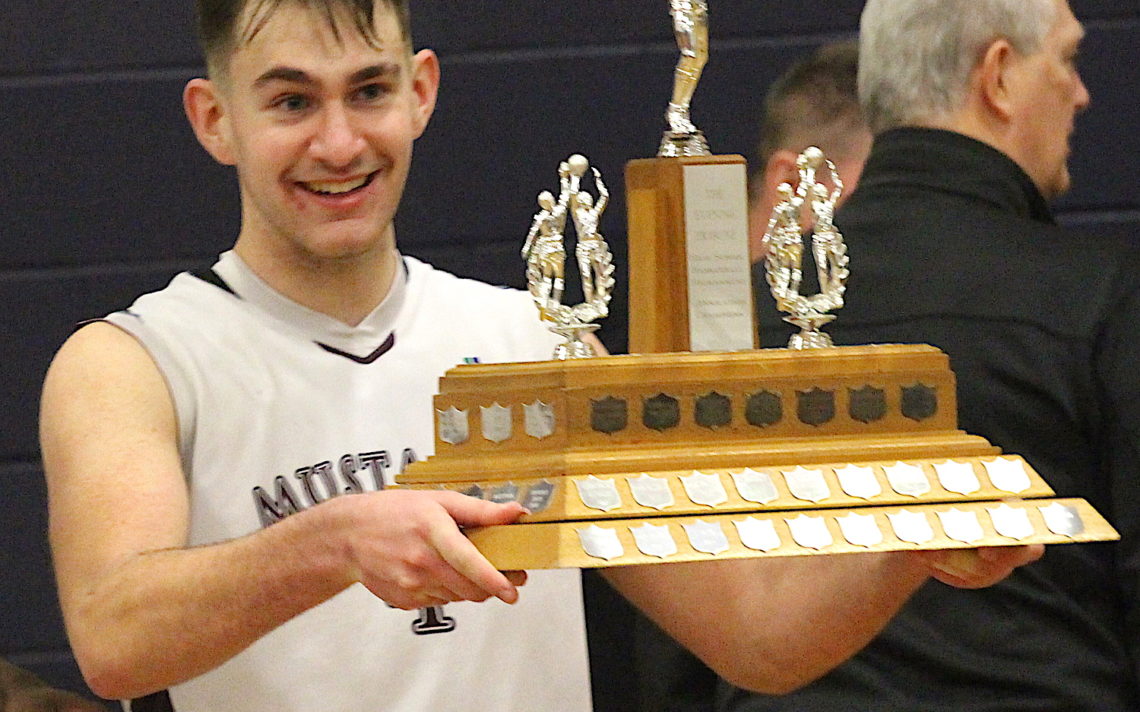 Just a few hours after hitting a dramatic last-second shot to help the Mustangs rally past the Eden Flyers in a morning semifinal matchup, Mateo was at it again in the consolation round final.

The 16-year-old Grade 11 student poured in a game-high 21 points as the Mustangs held off the Greater Fort Erie Gryphons 53-52 for the school’s first Tribune Tournament title.

“It means a lot,” Mateo said after posing for the traditional championship team photo. “The team played great. We all tried our hardest and we came out with a win.”

Mateo was at his best from three-point range, hitting six from beyond the arc.

Mateo didn’t do anything extraordinary between games to prepare for the final.

“I ate, I slept and we all came back here ready.”

“Jomer Mateo had the best game of his senior career so far,” he said. “He’s instant offence. He can hit threes from anywhere on this court and he’s just tenacious on defence.

“He brings a lot to this team.”

Bomberry was excited to see his team experience a measure of success.

“It means everything,” Bonberry said when asked what the victory meant to his school’s basketball program. “We’ve worked so hard for so many years. I have to give credit to my predecessor, Vince Baldassarro, for putting this team together and having them believe in each other.

“Moving forward, we have a lot of young guys coming back and we’ll be able to compete.”

The Mustangs jumped out to a 20-12 lead after one quarter and built the lead to 10, 32-22 at the half. By the end of the third quarter, St. Mike’s had what seemed to be a comfortable lead at 51-35 but the Gryphons roared back and shaved the lead to 11 with three minutes remaining.

Ethan VanNatter hit a bucket with 4.8 seconds to play for Fort Erie to get it to one, but the Gryphons were unable to foul and get the ball back.

Bomberry gave his bench the majority of the playing time in the third.

“That was the goal. These guys have to fight and learn how to adapt to pressure situations,” he said. “Those were all (Grade) 11s on until the last minute and they did all right.

“Some of shots didn’t fall and Fort Erie was able to score and cut that lead right down.”

Bomberry admitted he may have sprouted a few grey hairs in those final few minutes.

“I knew Fort Erie was well coached and they would be able to give us a good game. I told the team before the five-minute mark, before I made the substutions, that I was not comfortable with this but we’re going to let these guys play.”

The Gryphons, who lost their opening game of the tournament by a single point to E.L. Crossley, have put themselves on the map with another strong tournament showing. The school earned a consolation title at The Standard High School Basketball Tournament last month.

“They showed a lot,” Gryphons coach Dave Adamek said. “All in all, it was a great four days. We had a great time and played some very good games, some close games. We got to play Lakeshore. That was a nice game and a lot of the kids were fired up about that.

“We came out on the short end today but that’s OK.” 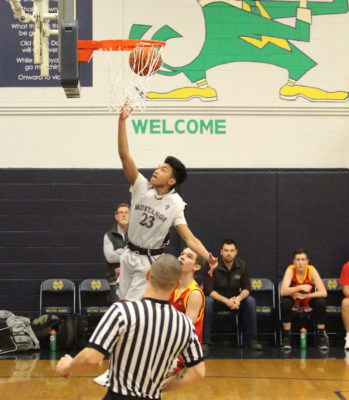 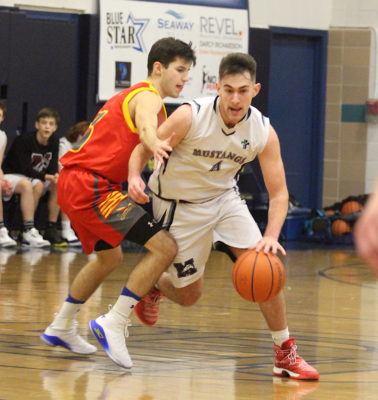 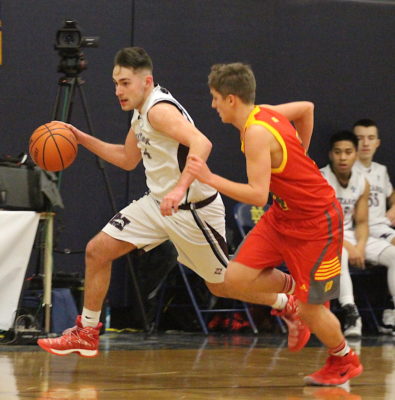 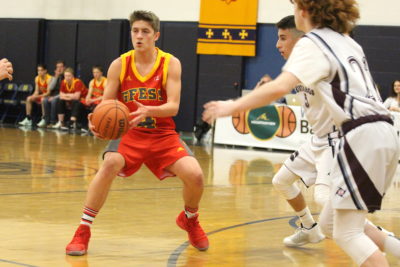 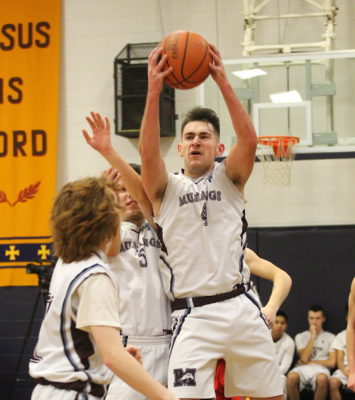 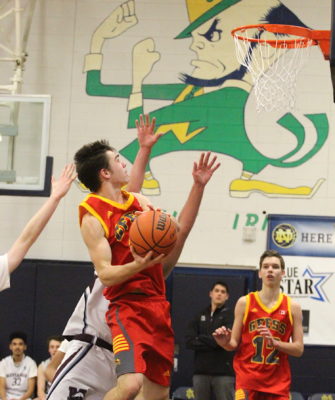 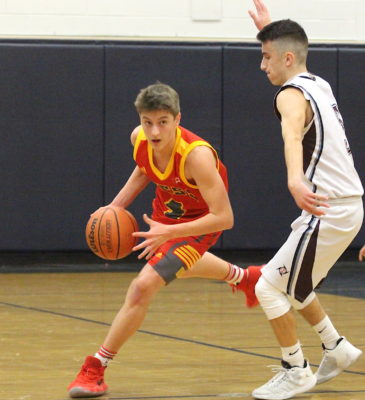 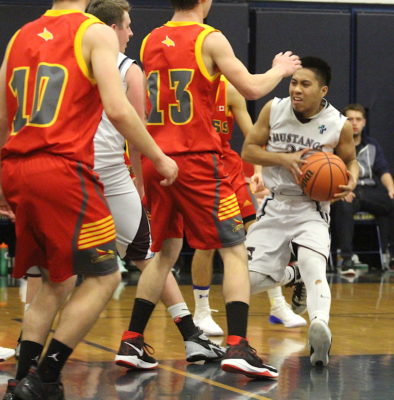 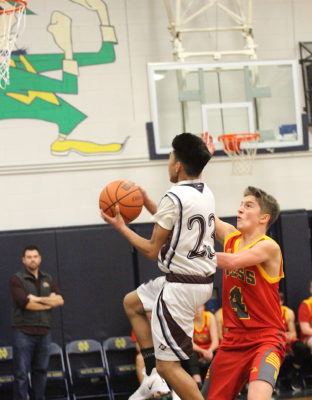 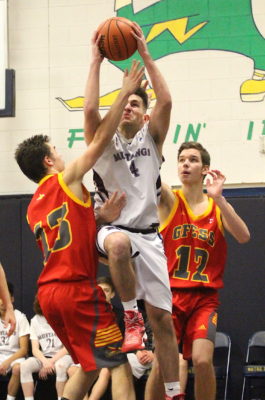 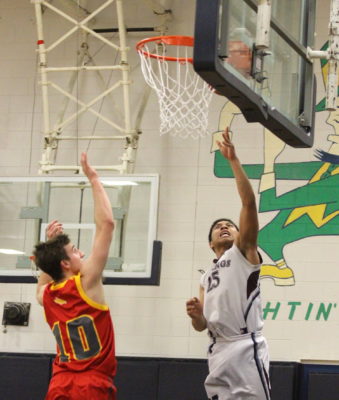 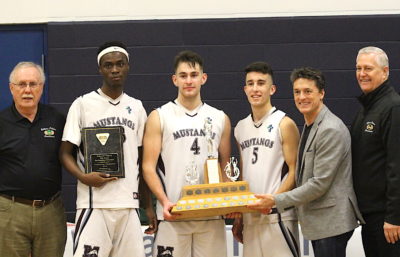