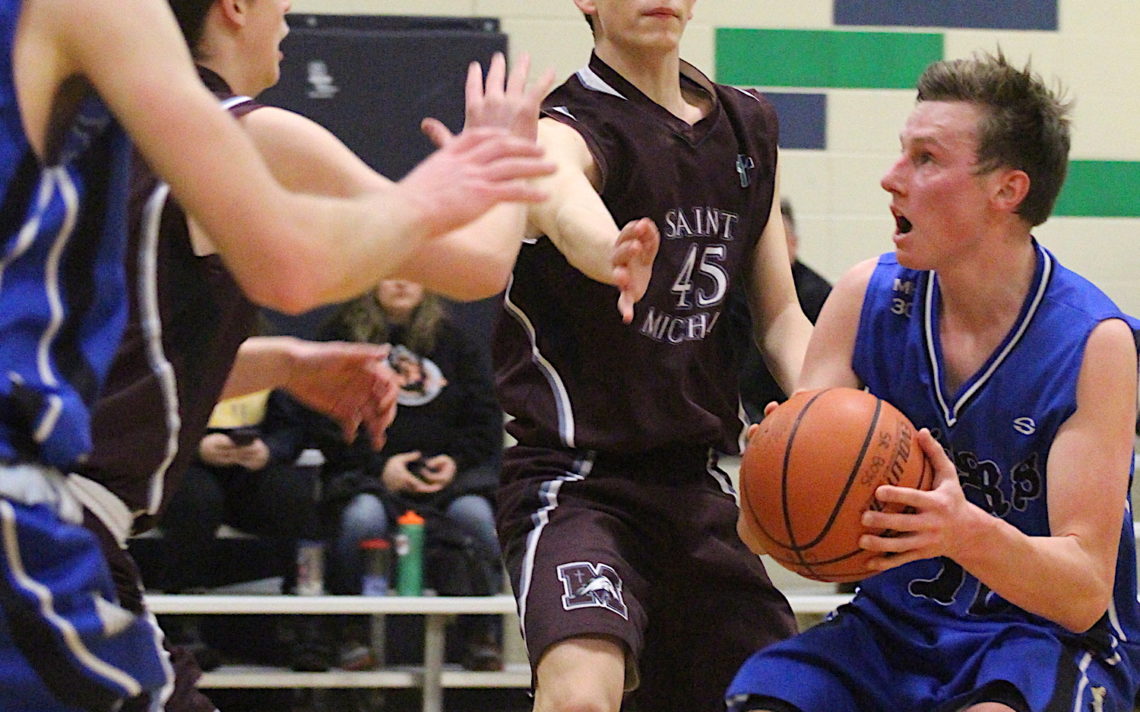 There was no stopping Austin Ladouceur Saturday morning.

The 15-year-old, Grade 10 student poured in 27 points to lead the Greater Fort Erie Gryphons past the Jean Vanier Lynx 69-35 in a consolation semifinal game at the 63rd Annual Tribune Basketball Tournament.

The Gryphons now advance to the consolation final versus St. Mike’s at 6 p.m.

“I felt confident and I feel like I can help the team a lot and spread out the floor,” Ladouceur said.

Ladouceur’s prowess from beyond the arc doesn’t come by accident.

“I just stay in the gym and practice whenever I can, go to the YMCA all the time. I’m always focusing on basketball.”

“He’s our best shooter. We have a couple of guys who can shoot but he can really shoot the ball,” Adamek said.

Ladouceur’s skill set fits in perfectly with the Gryphons.

“We have a couple of guys who can handle the ball and when they drive, that leaves him open,” Adamek said. “Once he gets better at driving, he’s going to be a heck of a player.”

The Gryphons did a good job of shutting down the Lynx offensively, particularly star guard Jacob Labonte, who finished with just nine points. Labonte came into the game second in tournament scoring with 49 points.

“The weakest part of our game is defence,” Fort Erie head coach Ian Longmuir added. “When our defence is playing well, we play well.” 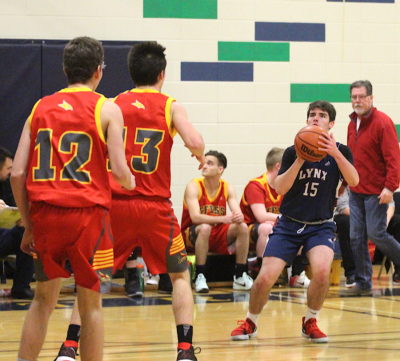 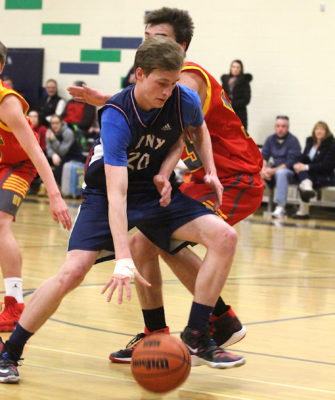 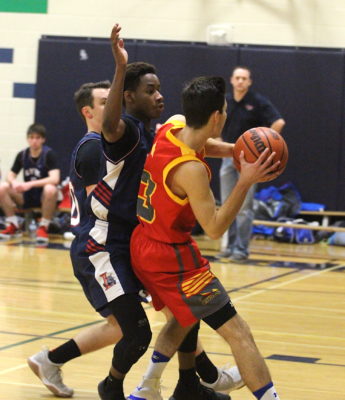 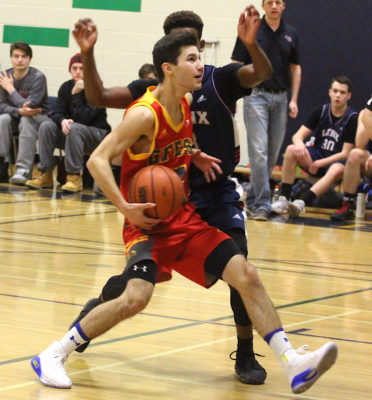 The St. Michael Mustangs found their scoring touch and not a moment too soon.

After struggling from the field for most of the game, the Mustangs rallied with a pair of three-point baskets in the final minute to rally past the Eden Flyers 42-40.

The Mustangs now take on the Fort Erie Gryphons in the consolation final at 6 p.m.

“We weren’t hitting our shots. We were missing a lot of easy baskets inside but our guys saved it for the last 30 seconds.”

Trailing 40-36 with a minute remaining, the Mustangs got a three-point shot from Ben Lockyear to cut the deficit to one. Following a couple of turnovers and missed shots, Jomer Mateo canned a three-point shot to give St. Mike’s the lead with one second remaining.

“Our defence kept us in the game and (we got) some timely shooting at the end.” Bomberry added.

“We’ve been talking to the kids about competing every possession and we’re really happy how we progressed in this tournament, and especially today,” MacIssac said. “I thought we competed really hard every possession. As a coach, you’ve got to be happy about that.” 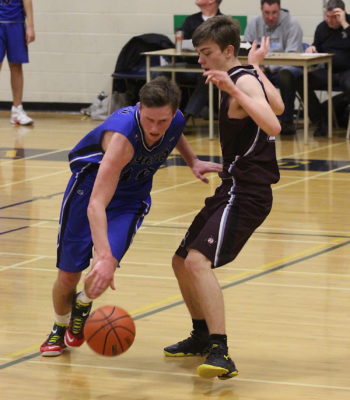 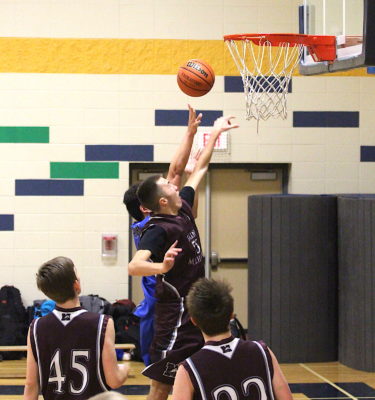 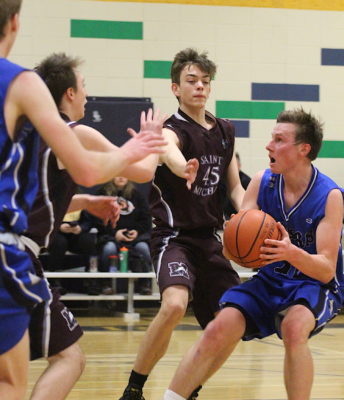