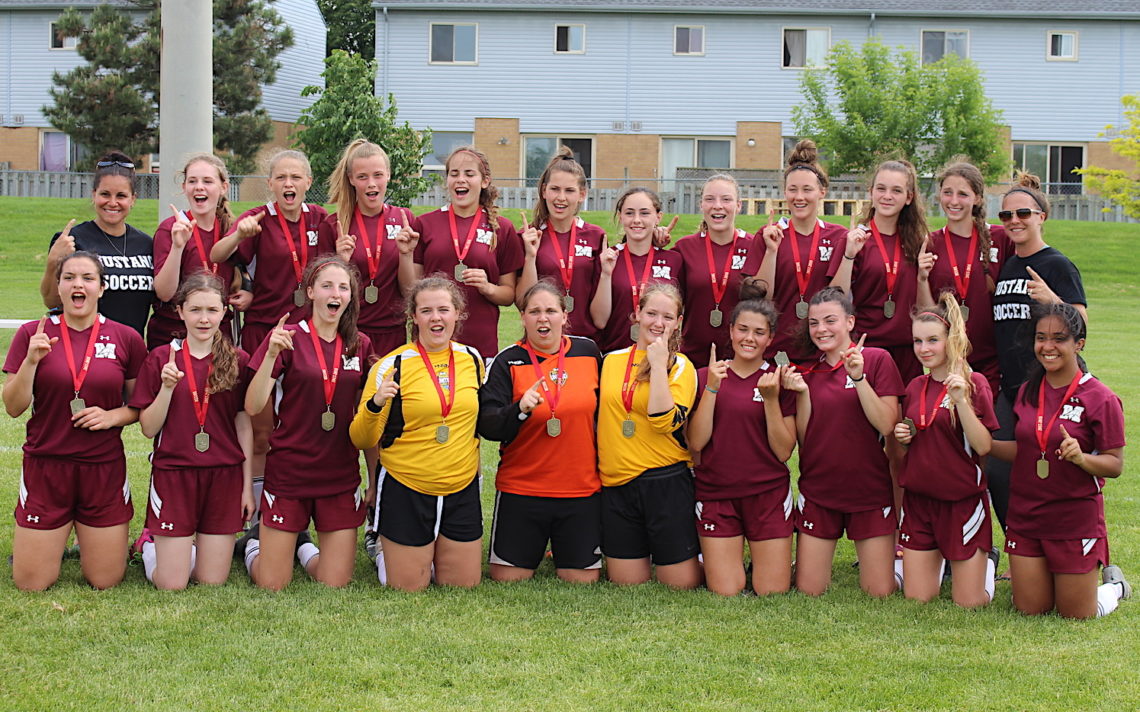 The Saint Michael’s Mustangs girls soccer team left no doubt Thursday that it was ready to book its fifth straight trip to the Ontario Federation of School Athletic Associations AA championships.

Competing at the Southern Ontario Secondary Schools Association championships in St. Catharines, the Mustangs opened with a 4-0 victory over the Zone 4 champion Grimsby Eagles in the semifinals and followed that up with a 4-1 quadrupling of the Dundas Valley Gryphons in the final. 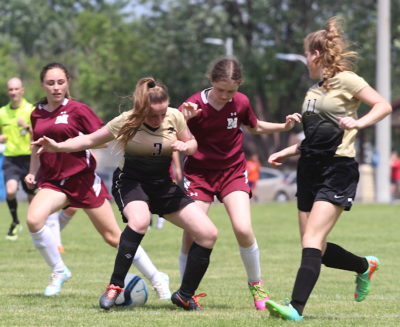 “We had really good starts all day and we controlled most of the play all day,” Saint Michael coach Amber Benoit said. “I honestly couldn’t have asked for more today. It was an amazing SOSSA.”

The Mustangs won OFSAA silver medals in 2014 and 2016 and last year lost in the quarter-finals.

“We’ve had an up and down season and they have finally come together and started playing consistently,” Benoit said. “I hope that continues into OFSAA.” 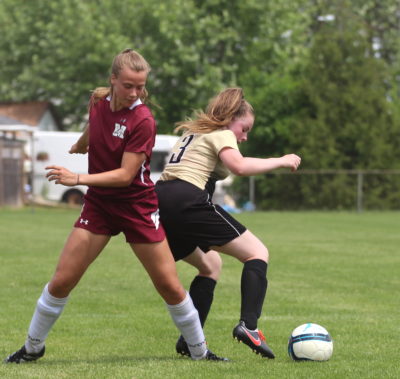 For the first time in five years, the Mustangs lost a league game and at no point did they think they were a cinch to return to OFSAA.

“Every game we were in was a tough game and we just fought through it,” Carlee Ibey said.

They fought through it and continue a historic run of success for the program.

“There are good kids who came in four years ago and they’ve just continued to lead this team to hopefully even bigger victories this year,” Benoit said.

There is no secret to the team’s success. 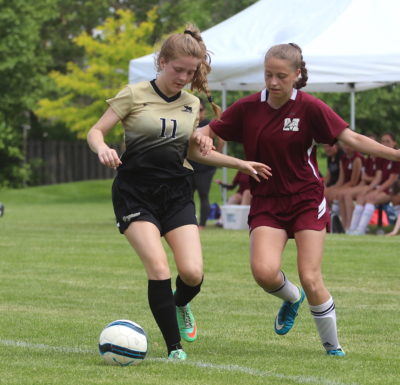 “We train hard and we deserve what we work for. We put in the hours, we put in the time and we come out to play,” Ibey said.

Success breeds success at the school, but it also adds something else

“I think there is a bit of pressure, but overall it makes us play better and work harder for it,” Ibey said.

The Grade 12 player had been a big part of Saint Michael’s success.

“Carlee came into Grade 9 and wasn’t a starter for us,” Benoit said. “In Grade 10, she had to pick things up because her sister (Annie) was concussed and she’s been playing in every part of the field you can imagine ever since. 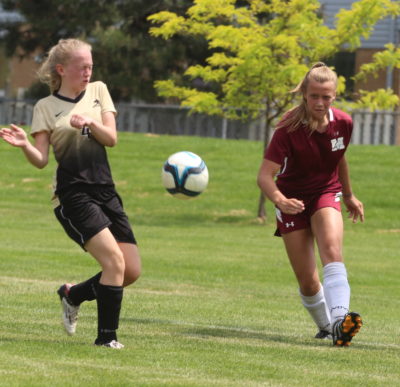 “She had succeeded in everything.”

Everything but an OFSAA gold medal.

“It’s a great accomplishment and it would be nice to do it with this team,” Ibey said. “We have been kind of an underdog this year because we lost a lot of players. We lost some key players but we brought in some new players who stepped up for us.”

The OFSAA AA championship will be held June 7-9 in Windsor.

“We have to keep playing the way we are playing, move the ball around and our chances will come,” Ibey said.

Past OFSAA experience will help, but only so much. 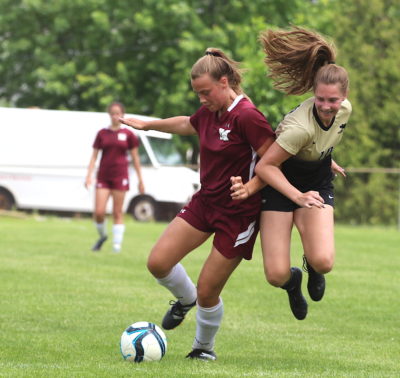 “It’s a different game,” Ibey said. “You are playing the best of the best. It’s hard coming out in the first two games but once we get the hang of it, I think this team will do well.”