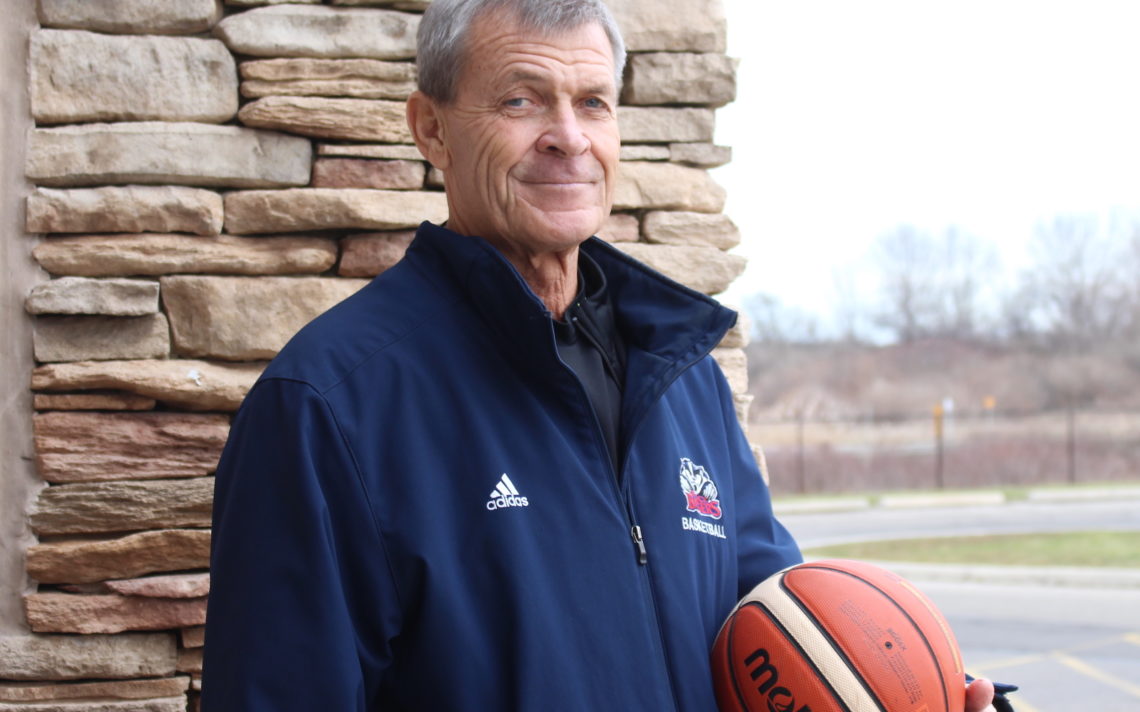 Ken Murray could be back on the sidelines coaching soon, only this time the stakes will be considerably different.

The 68-year-old Buffalo native coached the Brock Badgers men’s basketball team from 1989-2010, winning a pair of national championships in 1992 and 2008, and now lives in a condo in downtown Hamilton where he is content to leave the stress and strain of coaching to someone else.

Murray did acknowledge he could be lured back to the bench, but only to help coach his grandson Bennett.

“If he ever asks me for any help, I’ll be more than happy to help him with any kind of skill set. It’s something to really look forward to at this stage,” Murray said.

Murray speaks glowingly of Bennett, his son Scott Murray’s five-year-old who already appears to be ready to follow in the family athletic footsteps.

“Bennett is in love with basketball and golf,” Murray said. “Every morning for breakfast he watches a Michael Jordan highlight film. It’s with no urging from his father or myself. It’s what he wants to do and he can hit a golf ball more than 50 yards. He obviously has some good athletic genes.”

And even if he doesn’t officially coach his grandson, Murray is looking forward to cheering him on from the stands.

“It’s something to look forward to,” he said. “It’s no different than when I look forward to golfing with my son. He regularly kicks my rear end but it would be really exciting to golf with him and should he choose a route of basketball — or whatever sport — it would be lovely to sit and watch him participate.

“My best sport in high school was baseball so I could help him in a lot of different ways. It’s one of the things I did with my son. The genes are there for him to be a half-decent athlete. It will be fun to see how things turn out with them.”

Murray doesn’t get to see Bennett or his two-year-old brother Harrison often these days due to the COVID-19 pandemic. Scott and his wife Katelyn live in Sarnia where Scott is a vice president and branch manager at RBC Dominion.

“We met Scott halfway just to give him the Christmas presents for the grandkids,” Murray said.

When he isn’t keeping in touch with the grandkids or other family, Murray has been content to ride out the pandemic in as safe a manner as possible. He was working out regularly but when gyms closed moved to walking five kilometres daily.

“I wouldn’t say it’s been an exciting part of my life, by any stretch,” he said. “It’s been tough. Living in a condo, there is only so much you can do. You can’t really fix a lot of things or clean a lot of things.”

Murray said he is also watching more sports on TV than ever, reading and following the American election.

“I haven’t really picked up any new hobbies or anything like that. Normally we go to Florida for three months at this time of year but we are going to stay put and try and be safe. My oldest daughter lives in Jacksonville and I haven’t seen her in over a year.”

The summer months were much more active for Murray, who spends his summers at a cottage on Pike Lake with his wife and partner, Julia Kamula.

“There is a 27-hole golf course. I can drive to the course on my golf cart. It’s a nice way for both Julia and I to unwind and relax after so many years of stress and what we’ve gone through,” he said.

He is particularly appreciative of his induction into the St. Catharines Sports Hall of Fame in 2011 where he was joined by John Macdonald, Daryl Mahler, Ron Winterbottom, Sr. and Kevin Neufeld.

“When I got the call I was going to be inducted it was probably one of the nicest things I’ve ever heard,” he said. “Being in the St. Catharines one really meant a lot to me because I knew the people of the community supported me and not only what I did, but what our teams accomplished over the years. It was a fitting way to put a stamp on my career at Brock.”

“Bernie inducted me — it was lovely to have Bernie do it — I think I spoke about 30 seconds and then couldn’t talk anymore which is really unlike me. It was one way to shut me up,” Murray said. “It was really special from that standpoint. I remember the ceremony at Club Roma. It was just a really nice fitting way to say goodbye to university sport and Brock and say thank you to everything people had done for me.”