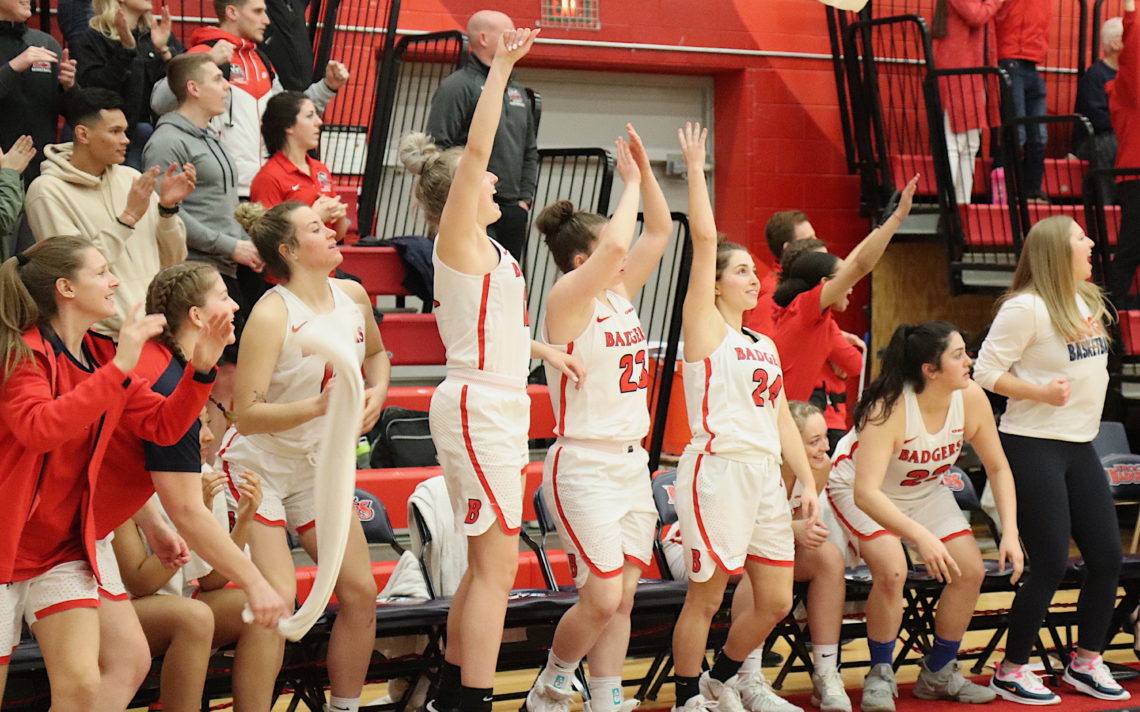 The Brock women’s basketball team woke up Sunday morning with the amazing feeling of having qualified for the Ontario University Athletics’ Final Four.

Given their play under head coach Mike Rao this season, the achievement certainly fell under the realm of possibility, but how they defeated the Windsor Lancers 61-57 in the quarter-finals Saturday night at the Bob Davis Gymnasium seems unbelievable unless you were there to witness it. 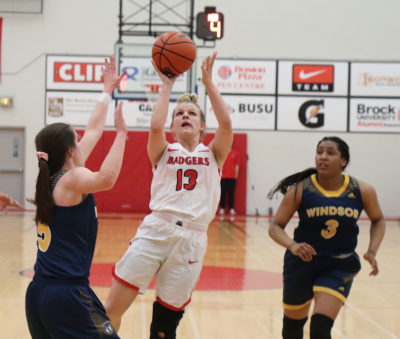 The game started with an unbelievable 13-0 run by Brock and the visiting Lancers didn’t score until hitting a couple free throws with 4:35 left in the first quarter. From that point onward, all hell broke loose for the Badgers. Over the next 24-plus minutes of game time, seventh-ranked Brock was outscored 51-19 by sixth-ranked Windsor and the Lancers cruised into the fourth quarter with a seemingly insurmountable 51-32 lead.

But the Badgers had other ideas. They opened the quarter with a 13-2 run sparked by six straight points by Missy Tatti, who continues to make a strong case for OUA Player of the Year honours. After a Windsor bucket to give the Lancers a 55-44 lead with 5:34 left, it was time for senior Jess Morris to step up. Morris went on a personal 10-2 run, included 5-6 from the free-throw line after being fouled on a pair of three-point attempts, and suddenly the score was 57-54 with 2:38 left in the game.

It was then Tatti’s turn again. She hit a three to tie the game at 57-57 with 2:03 left, had a steal to set up a Kristin Gallant bucket that made it 59-57 Brock with 1:31 left, and then iced the game at the six-second mark with a pair of free throws.

Brock’s fourth-quarter heroics were helped by Windsor starters Kaylee Anagnostopoul and Eve Uwayesu both fouling out in the game’s final 10 minutes.

“It was almost over but not quite,” Morris said after the game. “We stayed together and for some of us, Tatti and I especially, it might have been our last game and we knew we were going to leave it all on the floor whether we made it a five-point game at the end or we won.” 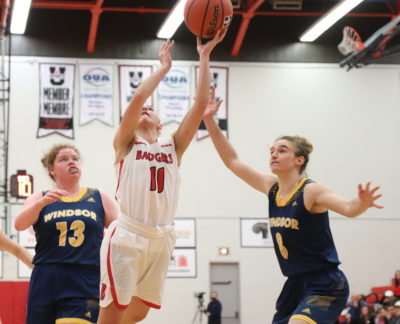 Morris was calm, cool and collected on the free-throw line when she was needed the most. OK, maybe not.

“There were big-time nerves,” she said. “We work on those a lot at practice so I listened to my coaches, took my time and gave our team a chance to regroup while shooting the three free throws. It also got two of their best players fouled out of the game.”

Morris began to believe the comeback could happen when Tatti tied the game up with a three-pointer.

“Honestly, I wasn’t even looking at the score,” she said. “You are so focused on getting stops and I looked up and it was a tie game. It was like ‘We are actually in this’ and that was the craziest comeback of my career.

“I am so proud of my team and their effort.”

It was an amazing moment for Morris considering she and Tatti sat out the 2017-18 season because of unhappiness with the previous Brock coach. 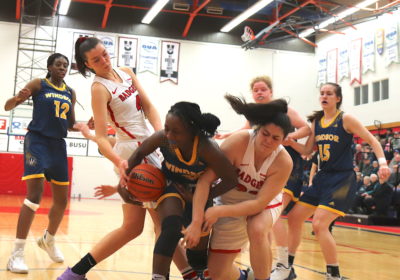 “It’s incredible and it really hasn’t even sunk in yet,” she said. “We are in the Final Four and I never really imagined I would be part of a team that is in on that level of the OUA. This team had always had heart, but this year we had a bit more skill to add to it and it has come together.”

Rao was thrilled with the improbable victory.

“They (Windsor) are a great team and no I didn’t see us coming back,” he said. “We were hovering around 13 and 14 and yes they went up by 19, but we came back quick. I thought we could get within striking range because we have some firepower.”

Rao pointed to several factors for his team’s success.

“It is the leadership of this team, they have heart and they just work hard.”

“They were super (in the fourth quarter) and then we went small and did really well.”

BPSN Player of the Game: Brock’s Jess Morris with 15 points, including 10 straight of her team’s points in the fourth quarter.

Up next: Brock advances to the OUA Final Four.