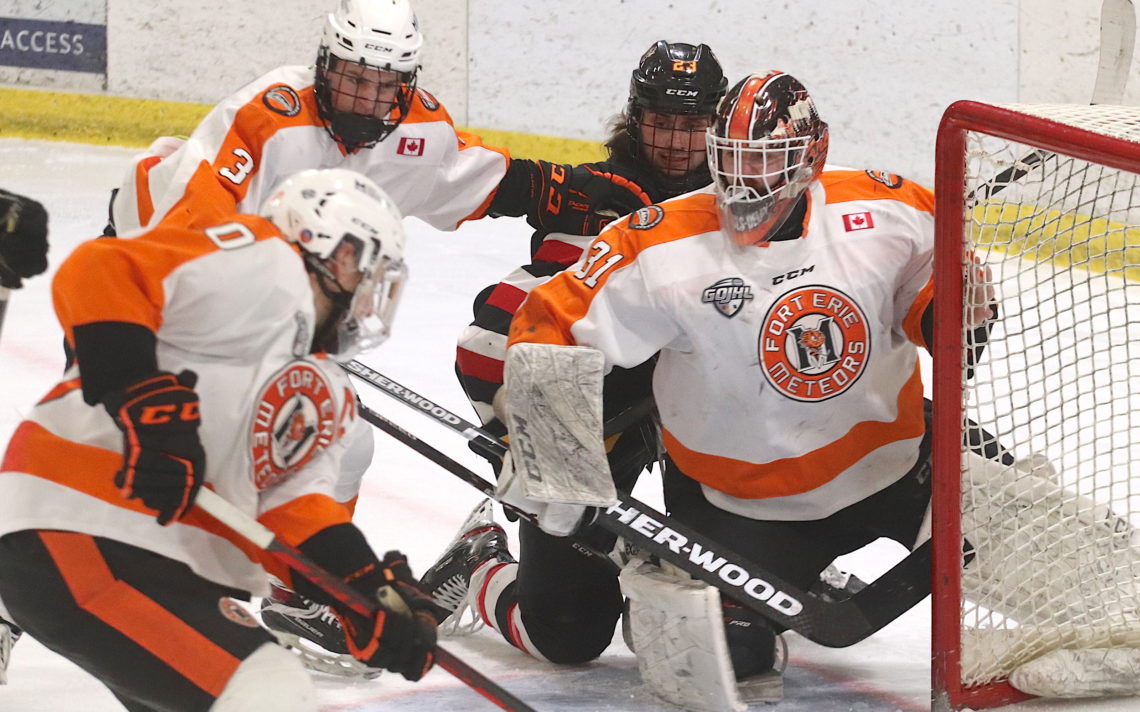 It has already been a busy off season for the Fort Erie Meteors.

Coming off one of the most successful seasons in the history of the organization, general manager and coach Nik Passero has been hard at work adding pieces to the puzzle for the 2022/23 Greater Ontario Junior Hockey League season.

“We have to take the next step, that is our plan,” Passero said. “When you win recruiting is a little bit easier but we still have a lot of work to do.”

Passero said it’s no longer about simply filling out a roster and hoping for the best.

“We’re definitely at the point now where we’re looking for certain things,” he said. “The playoffs showed how fast we really were and how fast we want to play so high-end speed is something we really look for.”

“I don’t need to bring in talent that has no character,” he said. “We’re a good enough team that I want high character in the locker room.

“Hockey IQ is a hard thing to put your finger on but I think coaches would tell you when they see it, they know it.”

The Meteors lost only three players to age from last season: Goaltender Duncan Nicols-Delay, forwards Michael Angrilli and Brendan Krawczyk while defenceman Riley Noble has signed with Collingwood of the Ontario Junior A Hockey League.

Passero indicated he plans to have about 25-26 players in camp.

“Not much has changed,” Passero said. “There are going to be some big battles coming into camp and I think that’s a great thing.”

Training camp is slated to being August 16.

Metsellaneous: Meteors forward Josh DiFrancesco was one of three recipients of the 2022 Frank Santarossa Scholarship. The St Catharines native attends Brock University. In addition to his academic pursuit in medical science, he also volunteers his time with Big Brothers/Big Sisters and Community Senior Services of Niagara. The fund provides financial assistance to players of the Greater Ontario Junior Hockey League to assist them in furthering their education.