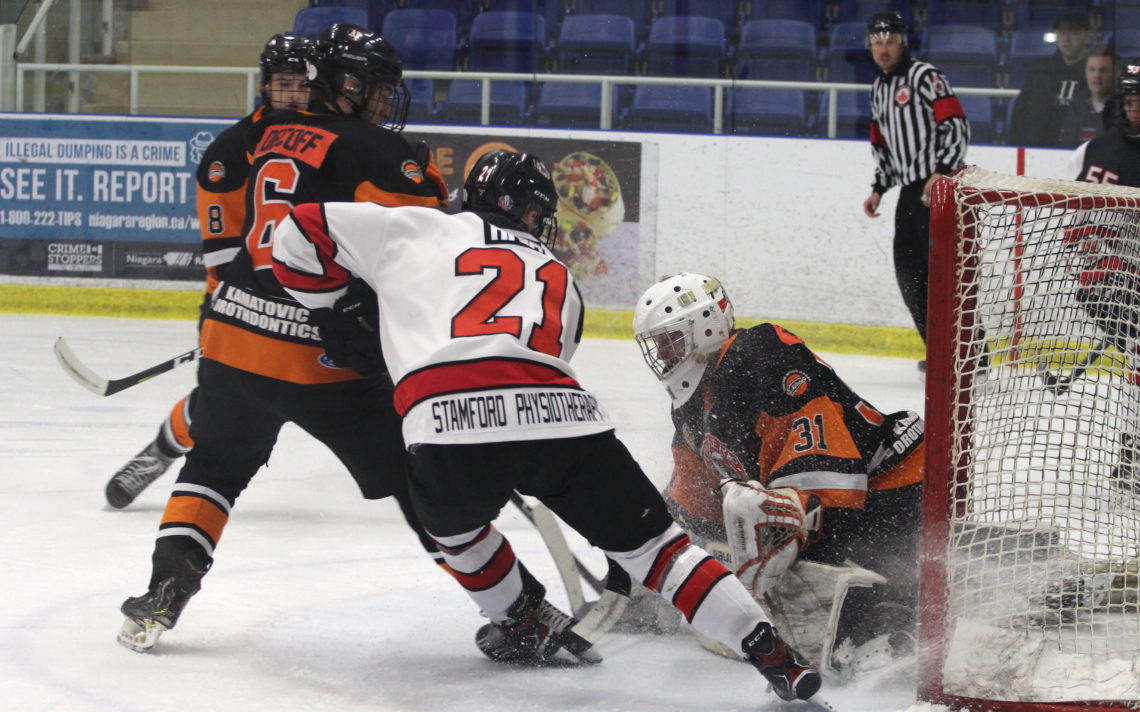 The Fort Erie Meteors have endured their share of ups and downs so far this pre-season.

The Meteors have played six non-contact scrimmages versus the Pelham Panthers and come away with mixed results.

“Some games good, some games not great,” Meteors coach/general manager Nik Passero said. “The guys kind of find it tough to play so many exhibition games, but then you also have to realize that the season is right around the corner.

“Against the Falls, we’re going to have to amp it up.”

The Meteors take on the Canucks beginning Friday at the Gale Centre in the first of six home and away matchups with Niagara Falls leading up to the proposed Dec. 2 start date for the Greater Ontario Junior Hockey League’s regular season.

“The only thing on our minds is Dec. 2. We haven’t really talked about anything else. That’s the only thing we’re worried about and if we have to change, we’ll plan accordingly,” Passero said.

Passero said the lack of contact hasn’t been an issue in the Mets’ inconsistent efforts.

“I don’t think it’s the no contact. I just think it felt like there was no light at the end of the tunnel. We were still seven or eight weeks away,” he said.

The Meteors got off to a strong start in their first game in Pelham, but have been too unpredictable since.

“Our first game in Pelham I thought we were great; Our first home game we scored five goals,” he said. “Our last game, I thought was great but everyone knew it was our last game.

“The little bits and pieces of each game help but overall the compete level could definitely be better.”

Passero has been more understanding than usual with his players, citing the uncharted territory everyone is in due to the COVID-19 pandemic.

“There is definitely leeway, I think,” he said. “You have to communicate and see the guys’ body language. Put yourself in their shoes, they should already be 10 or 15 games into a season by now. You have to figure that out.”

Passero and his staff have a plan heading down the home stretch of the pre-season.

“I think just structure. We’re still putting things in place, systems wise, and seeing how guys play under certain circumstances,” he said. “Special teams is a big thing. We played Pelham six times and we didn’t talk about the power play until the fifth game. We let the guys do what they had to do and now we have some things in place where we’re going to get after it.”

One area Passero has been pleased with has been between the pipes where Dalton McBride and Malachi Albrecht have been solid.

“Both our goalies are both studs,” Passero said. “They have both played great.”

“They have put up some numbers early. They have both had good tournaments against Pelham,” he said.

As well, captain Marco Lariccia has been a standout.

“He plays the same way every night. That’s what’s great about him. There’s no ups and downs. He’s good every night and gives you what he’s got. He empties his tank for you,” Passero said.

Passero feels the Meteors are doing a good job of establishing their identity.

“I think we’re going to be a fast team that puts teams on their heels,” he said. “That’s how we built the roster, even our D are fleet afoot.

“We’re going to be a team that want to go on the offence and put puck behind their D and go after them. It helps when you have McBride and Albrecht in the cage. They are going to have to make some big saves at times and I think they can do it.”

The Meteors were originally slated to be the odd team out of the five-team Golden Horseshoe bubble this month but took the place of St. Catharines, which became the first team in the GOJHL to be shut down by the COVID-19 pandemic when multiple players tested positive.

Passero tipped his cap to the Falcons, who are slated to resume practice Sunday.

“I want to commend St. Catharines for how they handled the situation. I’m sure they didn’t want to be the first but we’re naive to think it’s not going to hit us at some point,” Passero said. “With them doing what they did, keeping everyone else safe and healthy, they let the rest of the league do what they needed to do. I appreciate that and I know the rest of the league does too.”

GOJHL to begin play in January 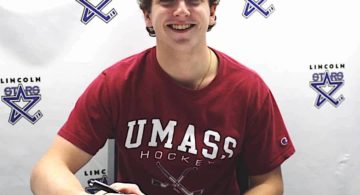 Smith signs on the dotted line