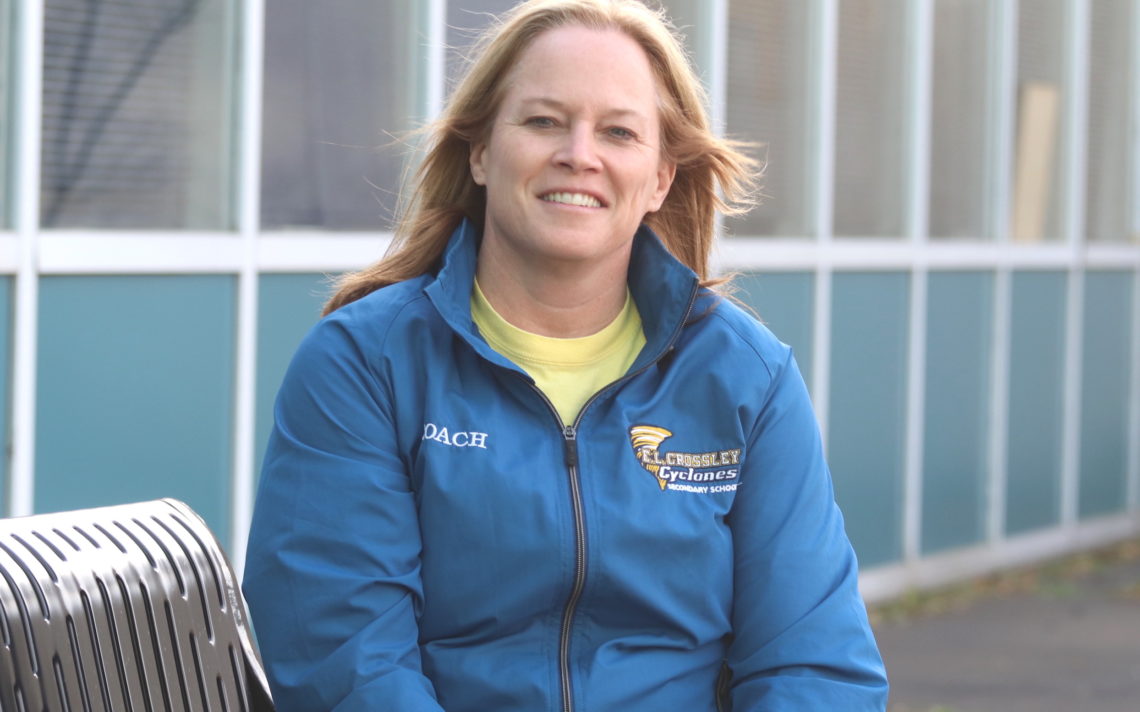 Mergl coaches up a storm

From the moment Maryann Mergl arrived at E.L. Crossley 27 years ago, she has become a fixture in the ranks of Niagara’s high school coaches.

The 51-year-old native of Sarnia has coached track and field with the E.L. Crossley Cyclones for 27 years, cross country for the past dozen years and girls basketball from 1993 until 2004.

In addition to attending all the meets, Mergl spends two hours after school every day during the cross country and track and field seasons.

It is a labour of love.

“I love the atmosphere of getting to know the kids better, I love teaching something new, I love motivating, encouraging and being supportive to others.”

Mergl believes it is important to get involved with extracurricular activities at the school. It helps provide a role model for kids who may not have one, helps teachers get to know their students better and gives students and athletes a cheerleader.

“You could be their only supporter,” she said.

Her coaching philosophy is for athletes to come to practice and work hard every day, meet new people and that to try is better than to never try at all.

Mergl’s favourite parts of coaching are seeing friendships being made, witnessing the improvements in the kids during training and competitions, and getting to know kids on a different level than from just being in the classroom.

“I love making it a team family.”

She also loves the team aspect of cross country and track and field.

“Both are very individual sports but I love making it a team sport so that everyone has members cheering them on and they have the ability to cheer on others.”

Her coaching style is ever-evolving.

“I have been coaching for so long, I think I have learned a lot over the years by taking things I might see from other coaches that I like.” 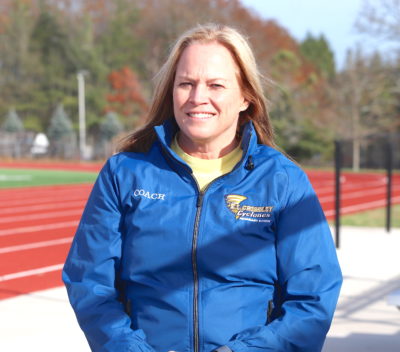 She has a hard time pinpointing any one coach as a mentor but many have influenced her.

“I hope after all of these years that I have become a mentor to someone else.”

Her husband, Brent Mergl, a coach and teacher at Sir Winston Churchill, is a key coaching confidant.

“We talk a lot about coaching, our teams’ successes at OFSAAs (Ontario Federation of School Athletic Associations championships), players and things that work,” she said. “I would say Brent is more or less my sounding board when it comes to track and field.”

He is also the coach that gave her a rare defeat in Zone 3 track and field.

“We have won (Zone 3) every year except one since I started coaching it in 1993. That one year was to Ridgeway Crystal Beach where my husband was coaching at the time.”

It was a rare defeat for the E.L. Crossley Cyclones track and field squads that have won Southern Ontario Secondary Schools Association team titles the last three seasons and in 2009 and 2010. In cross country, Mergl has guided her teams to several Zone 3 and SOSSA team titles in the senior girls and midget boys divisions.

Mergl is sad that the pandemic has shuttered high school sports.

“Kids need outlets and I feel that sports and extracurriculars are the places they go to get those outlets. Not all kids belong to an organized sports team and they rely on high school sports.”

She has no idea what the future holds for high school sports.

“I just want it all back to normal.”

“I didn’t realize how much I really missed it until March and April when track and field were supposed to start,” she said. “We couldn’t go back to school and we weren’t seeing kids in front of our faces any more. Coaching can be the best part of school.”

Mergl spends most of the time freed up from coaching working on lessons and marking.

“These are different times and I don’t feel like I have free time. I want to teach and coach with kids in front of me all day long, every day.”

On weekends, she has challenged herself to hike the Bruce Trail in its entirety, from Queenston Heights in Niagara-on-the-Lake to Tobermory. She has completed 125 of the 900 total kilometres.

Growing up in Sarnia, Mergl competed in cross country and track and field in high school, and travel soccer and hockey away from school.

High school was when she discovered what she wanted to do for a career.

After graduating high school, she attended McMaster University and was a member of a team that captured a Canadian Interuniversity Sport championship. She no longer plays soccer but is still skating in a women’s hockey league in St. Catharines.

Mergl attended teachers college at Canisius and found her first and only teaching job at E.L. Crossley. She has taught Grade 10 science and Grade 11 math and now teaches Grade 9 food and nutrition, Grade 12 leadership phys-ed, Grade 10 and 11 fitness and all open phys-ed courses. 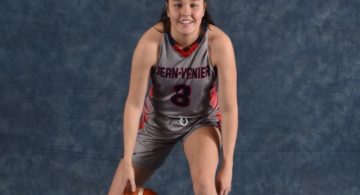 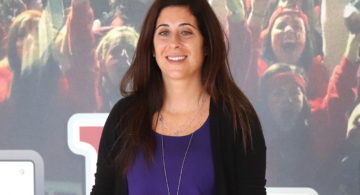 DeMizio does it for the kids 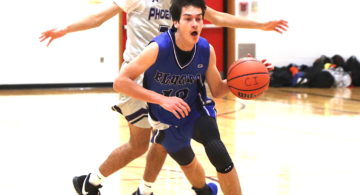