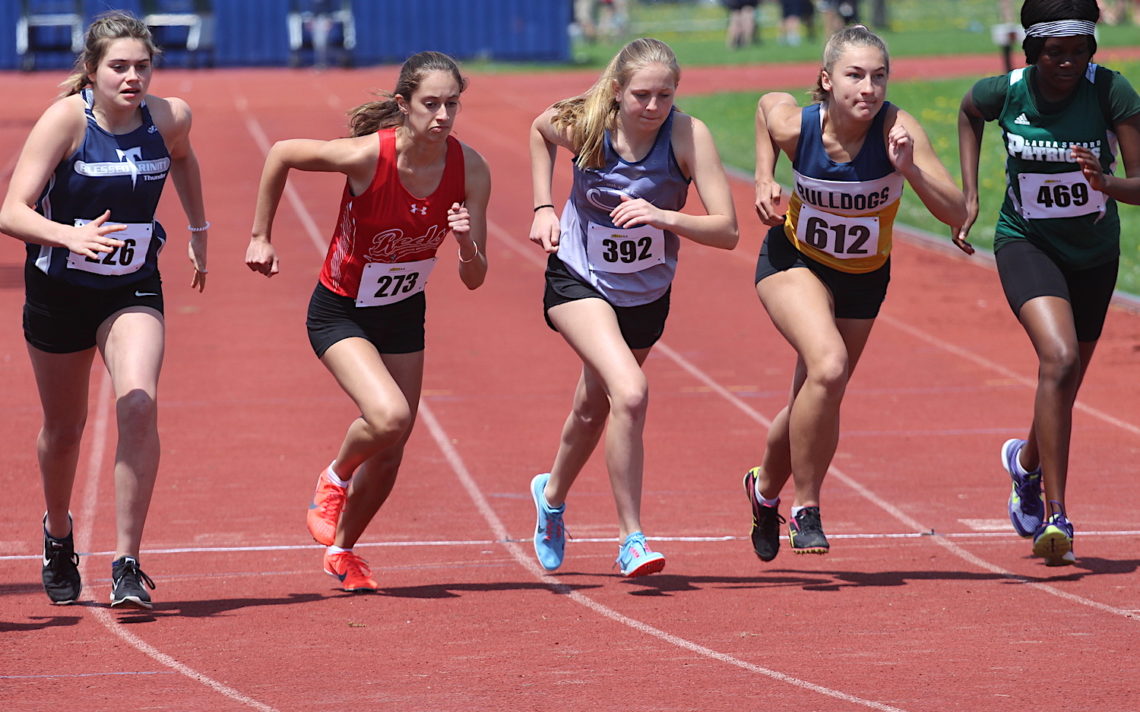 There were no wild celebrations Wednesday at the Niagara Olympic Club after Sienna Lalonde broke the Zone 4 meet records in both the 400 metres and 400-metre hurdles.

The response by the Grade 12 student at Grimsby and District Secondary School was no doubt muted because her times Wednesday — 58.5 seconds in the 400 metres and 1:05.42 in the 400-metre hurdles — weren’t personal bests. 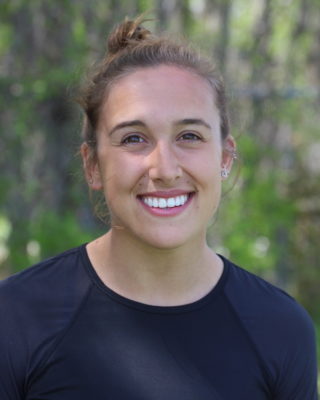 “We looked at the records the other night and used them as goals for the meet,” Niagara Olympic Club coach Trevor Moore said. “Those times are where she should be at right now at this point in the season and it was kind of a little bit of a fun goal.”

The student body president at GDSS wasn’t overly impressed with herself.

“My PB’s (personal bests) were well below the meet records so I kind of knew going in that I had a really good shot at breaking them,” she said. “And my coach’s goal was for me to break them so I am happy I did what he asked me to do.

Moore is confident Lalonde will achieve personal-best times before the season is over.

“Absolutely,” he said. “Obviously, the goal is to peak around OFSAA (Ontario Federation of School Athletic Association championships) and for nationals because those are our two main events for most of our athletes.”

“I do want to make the OFSAA final and hopefully the podium,” Lalonde said. “That would be nice.”

She is not putting any pressure on herself to do well in her final year of high school.

“I think this year is more about having fun because it is my last year,” she said. “And I have my club season after this and I know from experience that it is a long season.”

That season lasts until mid-July and there a lot of consecutive weeks of racing.

“At this point, it’s all about having a good time, being relaxed in my races and not getting too nervous about it. I want to enjoy my last season.”

“Last year, I was so nervous at South Regionals that I had the worst race of my life. I was just a mess afterwards and that’s because I was so worked up about qualifying for OFSAA.”

She took lessons from that experience and is applying them to this year.

“I know my abilities and I know all the work I put in training-wise so at this point it’s about being relaxed and knowing that I can do it. I have to worry about executing as opposed to ‘I really hope I do well today but I don’t think I am going to.’ ”

After not doing well at OFSAA last year, Lalonde rebounded and had a great summer at the club level. She qualified for the nationals championships in both the 400 metres and 400-metre hurdles, placing sixth in the former and fifth in the latter.

“She is super competitive and driven. She likes to work hard and she is a little bit of a freak,” Moore said. “She likes doing the hard and painful stuff that a lot of athletes don’t like doing.”

Next fall, Lalonde is taking her running and academic career to the University of British Columbia. She had interest from other Canadian and American schools before deciding in January to head west.

“UBC is the only school in Canada where you can do 400 hurdles, just because the climate is a little milder and they have an outdoor season for their university.”

Academics also played a big part for Lalonde, who averages 95 per cent or better in her schooling.

“I am more academic than I am athletic and I really wanted  to go to a really good academic school,” she said. “That was a priority for me and my parents. They told me that I could go run in the States but they wanted me to get a really good degree.”

She plans to study commerce.

To prepare for the summer and her first year of post-secondary running, Lalonde trains six days a week.

“It’s fun and the Niagara Olympic Club is the most amazing team that I have ever been a part of and I have done a bunch of different sports,” she said. “ Everyone at NOC is really close and good friends and the coaching is amazing.

“It is a really good atmosphere so I don’t mind training six days a week.”