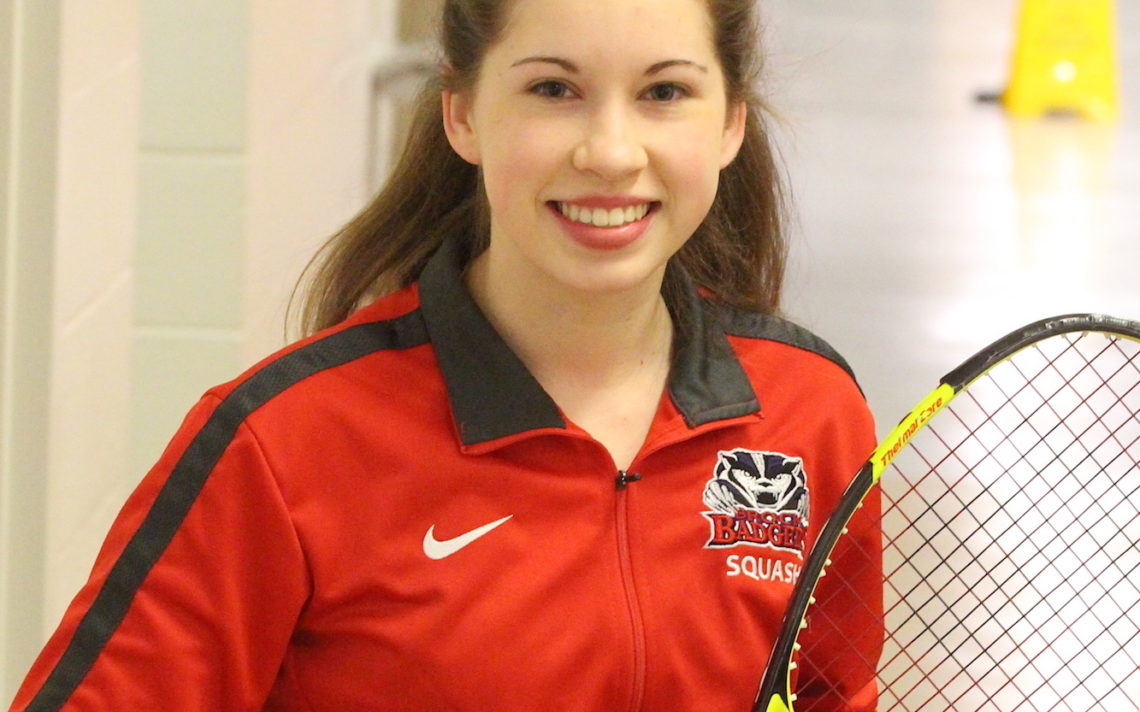 “I wasn’t sure about the competition level and which girls were at No. 1, because every year new girls come in,” the first-year medical sciences major said. “I was not expecting all these wins.”

She never once thought about completing an undefeated season until she was heading into the OUA championships with a chance to do just that.

“I was pretty nervous going to OUAs because I wanted to finish off undefeated,” the Governor Simcoe grad said. “There was definitely more pressure during that tournament.”

It was huge weight lifted off her shoulders when she captured the OUA championship to earn OUA player of the year, rookie of the year and a first team all-star honours.

“I was pretty excited considering I’m in first year and I am going up against fourth-year players and masters players,” the St. Catharines native said. “I felt pretty accomplished after winning my final match.”

The 13-time Squash Ontario provincial medalist attributed her success to her fitness, speed on the court, shot creativity and a willingness to attempt shots ends rallies more often than her competitors.

“Her strengths are that she is very fit and fast on the court,” said her father Scott McLachlan, a squash pro at White Oaks. “However it is her creativity with her shot selection, knowing when to attack a loose ball and keep her opponent under pressure that really stands out over other players. 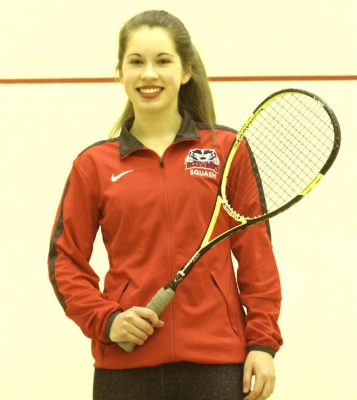 “She also has a knack of ending a rally early with a timely knick when the opportunity presents itself.”

Scott also describes his daughter as a driven athlete.

“She works very hard at her game, training — when school work permits — twice a week with the Brock squash team, and playing and practising with me at least three times a week,” he said.

Heather agrees she is hard working.

“I go out and practise on my own and I am focused on the sport,” she said. “I want to do really well in every tournament I go in to.”

She has been that way since starting at age eight in the late, great Mark Sachvie’s junior squash program at White Oaks.

“I was always trying to be the best I could be and I put a lot of work into it.”

Growing up on the squash court, Heather has plenty of success provincially and nationally and even competed internationally. She competed in the Under 17 German and Dutch Opens, placing 12th in the German event and in top 20 in the Dutch tournament.

“You play different styles in international tournaments and it’s different wherever you go,” she said. “I have learned how to adjust to different games and that helped me a lot at OUAs.”

Her only disappointment at the OUAs was falling just short of a bronze medal in the team event.

“It was important and we were really close,” she said. “We came fourth. We had to win our fixture against Western to get bronze and we lost 4-3.”

Next up for Heather is the Canadian university individual championships March 2-4 in Montreal.

“I hoping I can win that,” she said. “There are other girls from out west that I haven’t played before so it will be new competition.”

Away from university, the 18-year-old is planning to compete in the under-23 national championships as well as some open events.

For now, she is doing a juggling act between squash and a  tough academic course load that sees her in the classroom upwards of 20 hours a week.

“I try to schedule my week to see where I can find at least an hour of squash every day,” she said. “Then it’s studying the rest of the time.”

Her university average is hovering around 90 per cent.

In addition to being this week’s co-winner of the Brock female athlete of the week honours, Heather was named the OUA Peak Performer of the Week.