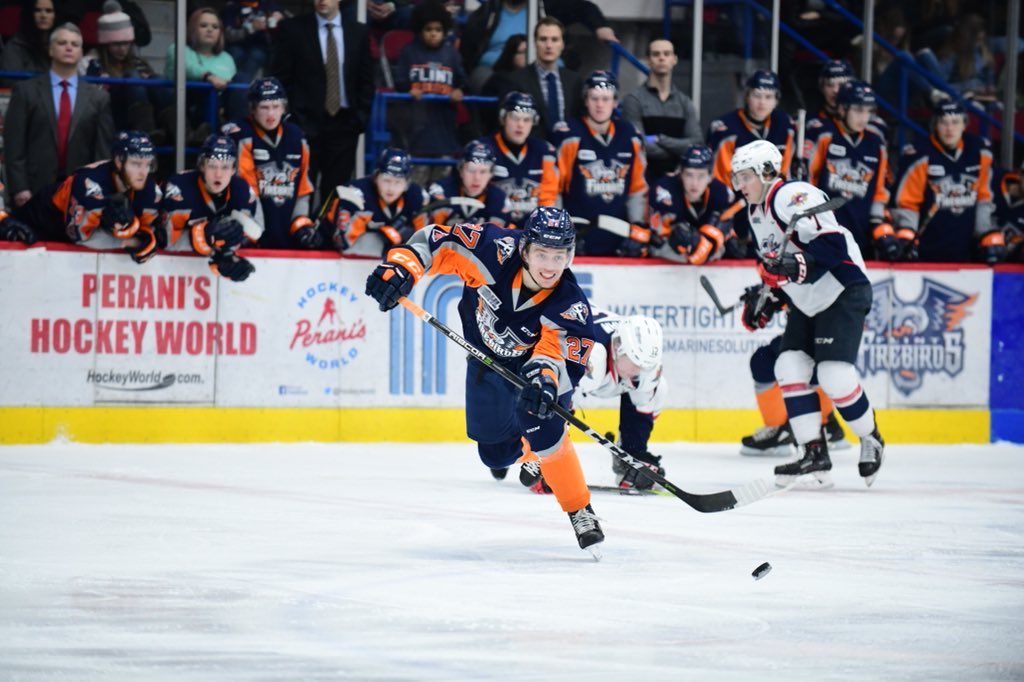 McCourt’s stock on the rise

The 17-year-old St. Catharines native wasn’t rated in the mid-term rankings, but came in 161st among North American skaters when NHL Central Scouting Services released their final draft rankings this week ahead of the 2018 Draft in Dallas.

“I had a feeling it was coming out, but obviously I tried not to pay too much attention to it,” McCourt said. “I just try to focus on working hard and things like that.”

McCourt, who split his time between the Hamilton Bulldogs and Flint Firebirds this season, said the ranking gave him boost of confidence.

“It’s a good feeling. It’s an accomplishment. It shows hard work does pay off,” he said. “Obviously, I wouldn’t be there without my teammates and coaches and non-stop support from everyone.”

McCourt tried not to get caught up in the hype.

“I think nowadays you see all the mock drafts and stuff, but it’s controlling what you can control,” he said. “My dad (former Niagara IceDogs and current Ridley coach Mike McCourt) has always told me to do the little things and control what you can control. That’s all you can do. If you do those things, everything will fall into place.”

McCourt’s ice time increased when he joined the Firebirds in a deal that saw the Bulldogs net Nicholas Mattinen. He collected four goals and 13 points in 30 games with Flint.

“I thought I had a good year. I thought it went well in a sense of how I wanted it to go, but I still have lots of room to improve and lots of room to grow,” he said. “I think this year I had a big role which was something I wasn’t used to coming from Hamilton. With time, I got used to it and more confident and felt I could step in and be a guy who could contribute night in and night out and help the team win.”

McCourt expects big things from the Firebirds next season after missing the playoffs this year.

“From a team standpoint, we came up short of what we wanted but I think next year is a big year. You can tell with all the talent we have on the team right now it’s going to be exciting.”

McCourt plans to hit the gym and ice in preparation for next season, working with his skills and skating coach in Toronto.

He still keeps in touch with the Bulldogs who are taking on Kingston in the Eastern Conference finals.

“Those guys were my closest friends and still are. I still talk to them almost every day and keep in touch with them. I hope they go far and hope they win. It would be great to see.”