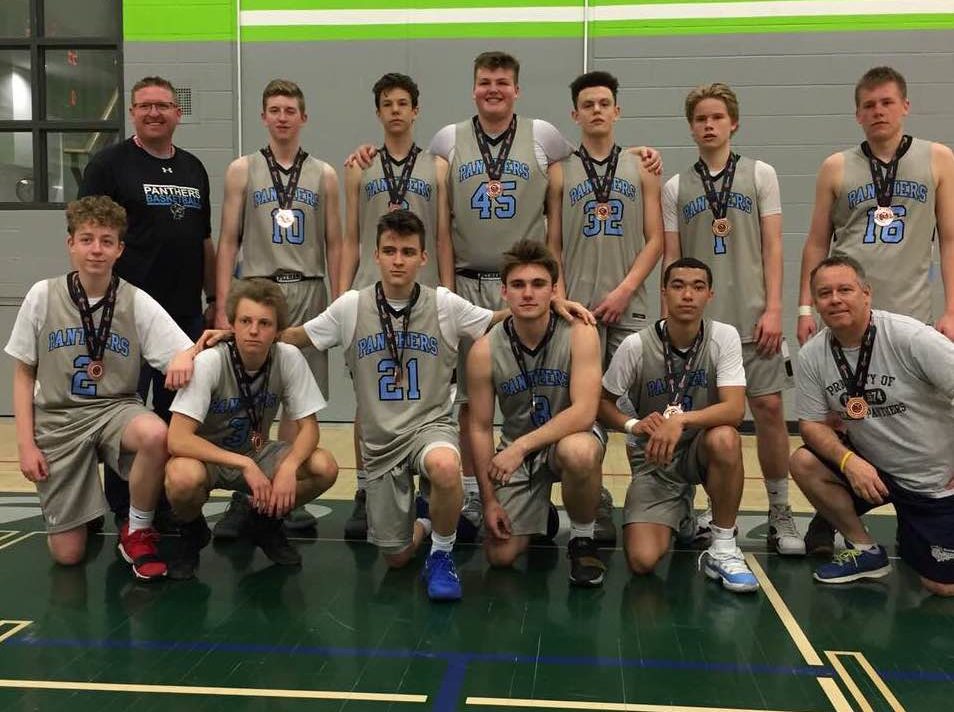 A complete team effort was exactly what the Pelham Panther Under 16 boys basketball team needed heading into the Ontario Basketball Association championship weekend in Ottawa — and that’s what they got.

All 11 players contributed as the Panthers captured the bronze medal in Division 1 with a 56-53 victory over MUMBA (Markham).

“We kind of limped our way in here having lost three of our last four games so we knew we needed everyone to step up, and to their credit, they did,” assistant coach Randy Conlon said. “There wasn’t one kid who didn’t make a key play at a crucial moment — be it a rebound, a steal, or much-needed bucket.”

After an opening-round loss the silver medalist Mississauga Monarchs, the Panthers rebounded with two victories over Ottawa Elite and IEM Elite to advance to the bronze medal game.

More than 1,000 athletes will be at Brock University this long weekend competing in the Canadian Fencing National Championships.

Hosted by Brock Fencing in Niagara for the first time, the event runs Friday to Monday and will crown champions in 48 categories, ranging in age to 40-plus from under-15. National teams are selected at this event.

Following the tournament, a two-day coaching clinic will be held Tuesday and Wednesday.

“This event is a huge win from the perspective of all the university units working together to facilitate this hosting experience,” Brock fencing coach Tim Stang said.

More than half of the athletes competing are considering their post-secondary education options.

“This event will serve as a great tool to show what Niagara and Brock have to offer and what our varsity and club fencing teams can do. It’s a fantastic recruiting tool,” Stang said. “Our target is to get kids to come to Brock. It’s not just the individuals who want to come here for fencing, but it’s their brothers and sisters and extended family members. As beautiful as the campus is, they come here and fall in love with it.”

In addition to a variety of age and gender divisions, athletes will compete in the three fencing disciplines, foil, epee and sabre.

Each day will see preliminary rounds start at 8 a.m and finals start at 1 p.m.

On Monday, the university championships will be held and Brock’s medal hopefuls include Beamsville’s Malcolm McLeod and Aaron Olmstead. Brock has 14 athletes taking part and another seven from the Brock Academy club team. That team boasts top-ranked Canadian under-15 sabre athlete Pranav Parakh and top-ranked under-15 foil athlete Darren Dong. 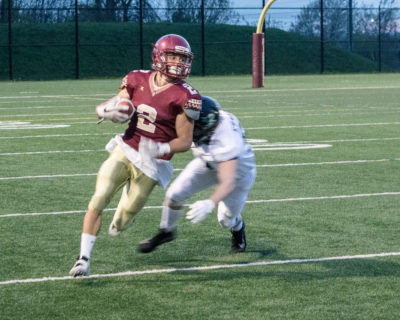 The Niagara Spears senior varsity team opened the regular season with a 35-28 loss to the Essex Ravens.

In other action, the Niagara Junior Varsity Tier 1 team beat Essex 57-50 in overtime and the Bantam Spears edged the Essex Ravens 15-15.

Hole in One scored by Jason Julien on Hole #17, 125 yards with a pitching wedge. Witnessed by Wray Barrett.

The St. Catharines Spartans finally got into the win column with an 11-10 victory over the Welland Generals in Ontario Lacrosse Association junior B action Tuesday night at the Merritton Arena.

The Spartans had lost their first six games of the season.

Talon Badawey led the Generals with four goals and five assists while Bailey Fournier-Higgins and Peter Hryniuk netted two each. Mitchell Geoffroy and Gavin McGregor rounded out the scoring.

The Generals were assessed 103 minutes in penalties while the Spartans spent 82 minutes in the box.

The Spartans are home to Guelph Friday at 8 p.m. and Port Edward Sunday at 7 p.m.