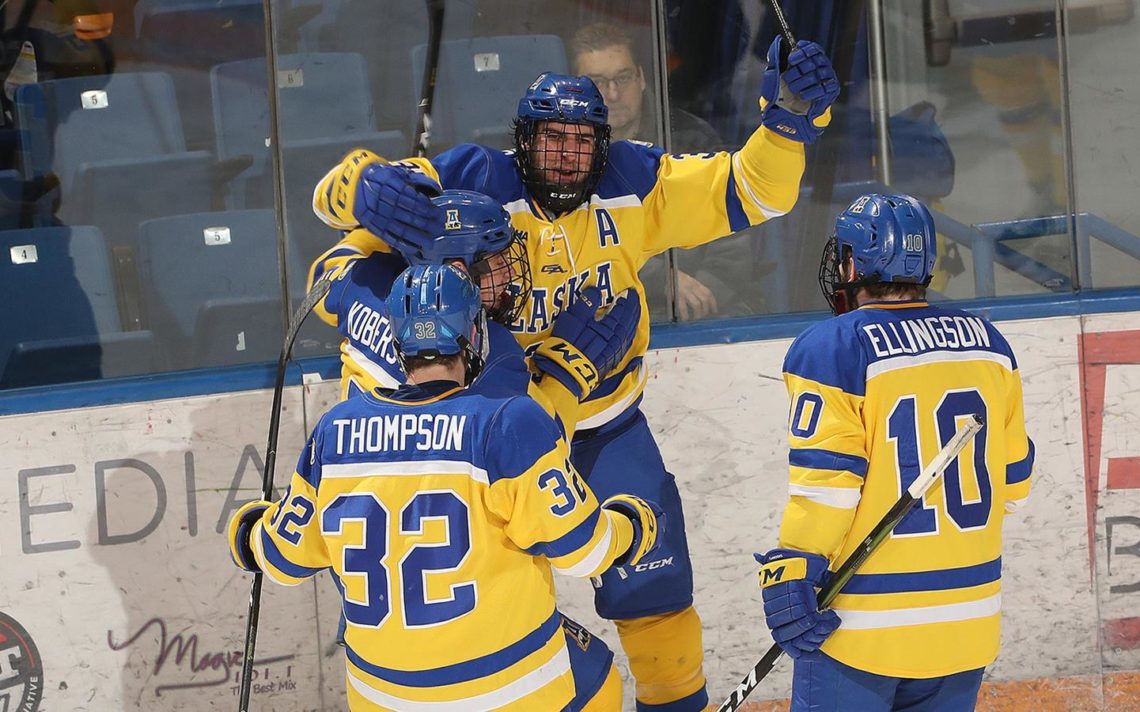 Kyle Marino was within hours of turning pro when the COVID-19 pandemic temporarily put that dream on hold.

The 25-year-old Niagara Falls native had signed with the Idaho Steelheads of the ECHL in March and was ready to board a flight to Idaho when he received a call informing him the club was opting out of the remainder of the season.

“I was in the Vancouver airport getting my work visa,” Marino said. “I had to reroute all my flights the other way.

Marino had just finished his senior year with the University of Alaska Nanooks men’s hockey team when his agent was able to get him a deal to turn pro.

“I signed right after we got beat out in playoffs. I was on my way to Idaho while the school year was still going on,” he said.

Marino has been idle since, waiting for the pandemic to clear up so he can get resume his career.

“I’m just waiting on a contract from someone or to go overseas, although, I don’t want to really do that now. I’d rather stay in North America,” he said.

Marino has kept himself busy working with his father at the family business, Dominion Auto Body.

“It’s hard but you have to realize it is what it is,” he said. “We’re in a pandemic and things aren’t going great for a lot of people. It’s OK. Just get this behind us and to be able to play somewhere is the ultimate goal.”

Marino joined the Nanooks, a National Collegiate Athletic Association (NCAA) Division I program, who are a member of the Western Collegiate Hockey Association (WCHA), after two seasons in the British Columbia Hockey League.

“It was an unbelievable experience. I met tons of great people, coaches and teammates,” he said. “I got to travel all over the States and play Division 1 hockey. It was a dream of mine so I can’t say anything bad about it.”

And, yes, Alaska was chilly.

“It was definitely very different. It was freezing cold as it should be in Alaska, minus 50 some days,” he said.

Marino, a power forward who wore an assistant captain’s A the last two seasons, said travel was an obstacle.

“The travel for games was probably the craziest thing about being up there,” he said. “You know it’s far, but you don’t realize how far.”

Marino said the club would fly out Monday for weekend road games, often taking two or three flights and then finally busing to their destination.

“We would have to miss that whole week of school and then sometimes we would take two-week road trips,” he said. “It was a lot of time away, a lot of travel, a lot of airports.

“We got to experience being with our team and being on the road for weeks at a time. As much as the travel was hard, we got to get out of school for a week and got to travel.”

Marino, whose brother Jared is a member of the Brock Badgers men’s team, graduated with a degree in business administration.

“Getting that out of the way was a big accomplishment,” he said. “I’m just happy to get that done and one day when hockey is over probably work with my dad or do something in that field.

“Coming out of junior as a 20-year-old, you need to get your schooling done. You definitely don’t want to push it along and go after playing pro. I know some guys do back after, but that’s something I wasn’t going to be able to do.”

Marino’s journey began as a 17-year-old with the Fort Erie Meteors.

“I grew up with Anthony and Nik (Passero). They are awesome and I owe everything to that family and the opportunity they gave me.”