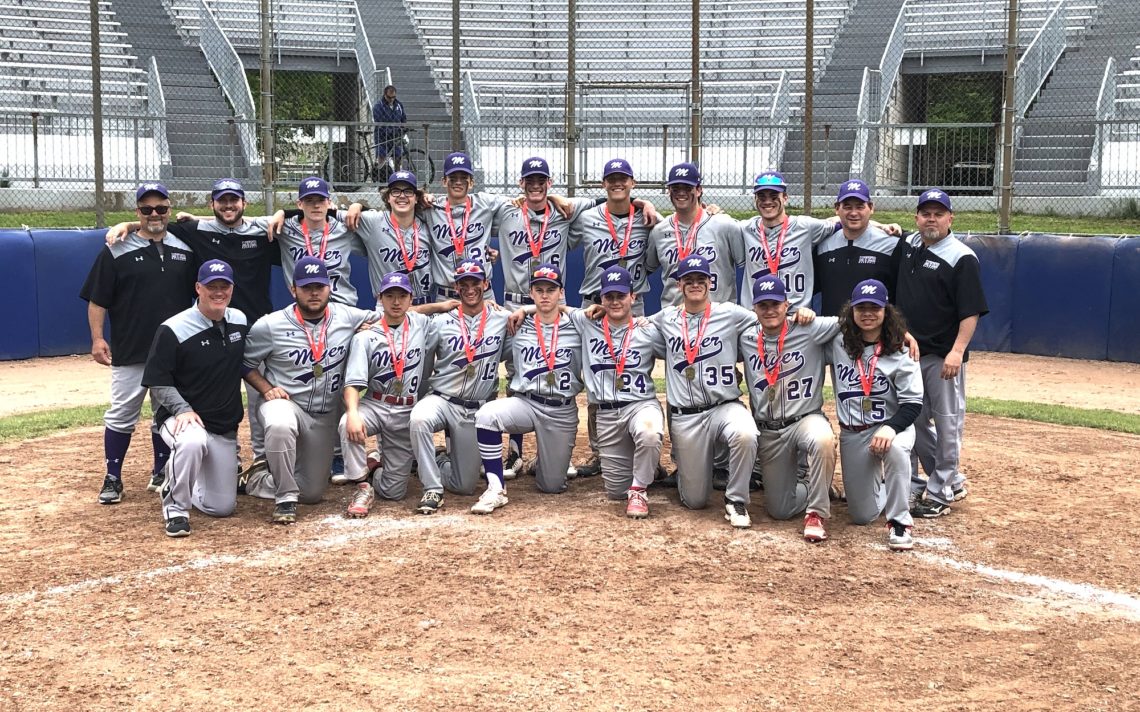 The A.N. Myer Marauders are in uncharted territory.

The Marauders take on Christ the King of Halton at 9:30 a.m. Wednesday in the Ontario Federation of School Athletic Associations (OFSAA) baseball semifinals in London.

It’s the first time a Myer squad has advanced to the semifinals despite having many solid seasons and talented rosters in the past.

“What’s unique about this team is we’ve been really close to this point three times,” Myer head coach Dave Buchanan said. “We’ve been there three times where we’ve been in extra innings and didn’t make it.

“We’ve had some good teams in the past and this is a good team, but there are some holes that we weren’t quite sure we could make up, but in the past on paper we’ve had a better team.”

The Marauders went 4-1 last week to advance to the semifinals, including a 4-3 victory to give them a berth in the medal round.

“It was the last inning and they hit a ball three feet foul or game would be over,” Buchanan said. “It was wild. It was definitely meant to be.

“I’ve had teams where we played well enough to move on but things just didn’t fall our way.”

Buchanan has been impressed with his squad’s ability to find a way to win.

“This team is gritty,” he said. “It’s unusual. We’re scoring runs when you didn’t think we’d score runs. That was historically our issue. At OFSAA, you’re facing better pitching.

“We always played defence and pitched well but we just couldn’t get hits at the right time in the past. This group has found a way, whether it’s beating out a base hit or getting a pinch hit. We had some obscure things happen.”

The Marauders advanced despite not having a full complement of pitchers available.

“We pitched well and managed our way through. We had to honour some of the boys who are pitching for other associations so we didn’t want to get them in trouble. Even with those limitations, we managed to make it through.

“I’m extremely proud of them. You’re tired but the kids are all the same. We’ve been here before and there are times when you have to dig down deep because the other team is tired too.”

The winners of the two semifinal games — Humberside Collegiate of Toronto plays Our Lady of Mount Carmel of Mississauga in the other semifinal — square off for the gold medal at 2:30 p.m.at Labatt Park. The loser of the semifinal games play at Noon for bronze.

“I think it has to be a go-for-it situation,” Buchanan said. “It’s not easy to get here. We’ve had good teams and been close and now we’re here so we need to take advantage of it.

“The mindset will be we have everybody going. It looks like all the pitchers can contribute so let’s take advantage of the opportunity. You can’t think we’ll be back next year. It just doesn’t happen. If it does, it’s extremely unique. There are a lot of good teams. The four teams that are there, there are a lot of elite players.”