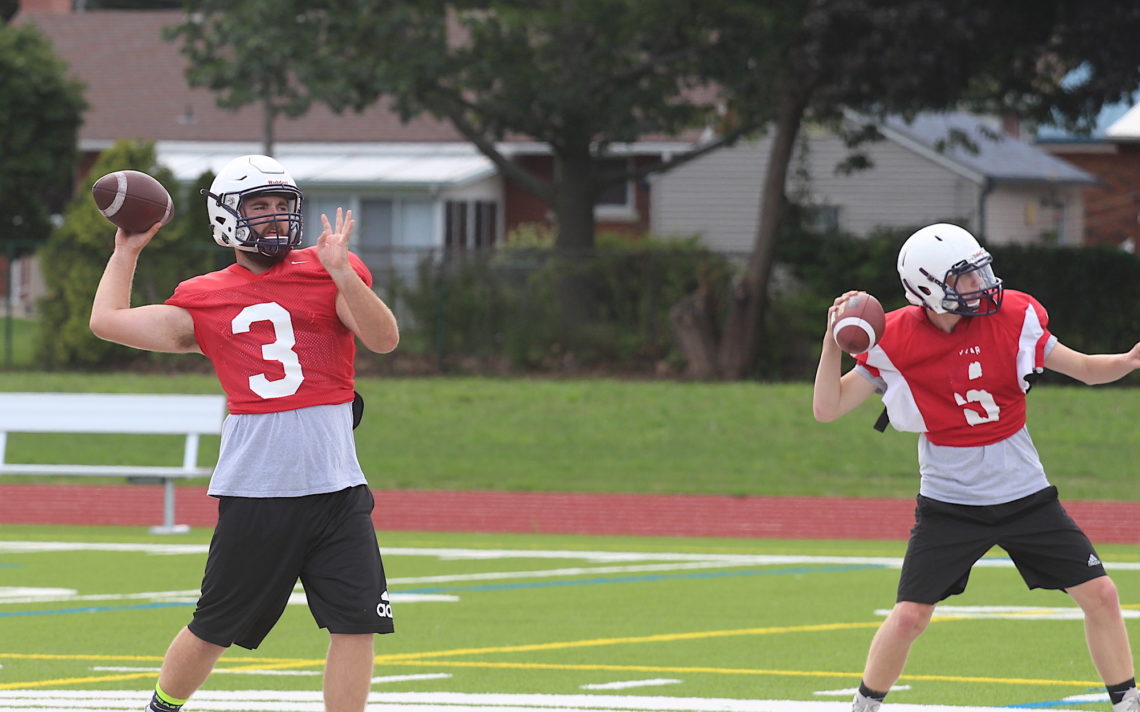 Marauders put fear of losing behind them

For the first time since the fall of 2014, the A.N. Myer Marauders senior football team is the hunter rather than the hunted.

The one-time sad sack football program, rejuvenated by the dynamic Ford brothers and bevy of other talented players, had reeled off 28 straight wins and three straight Ontario Federation of School Athletic Association Bowl victories before falling 20-14 to the Notre Dame Fighting Irish in the Niagara championship game last fall. The Irish would go on to win their first Southern Ontario Secondary Schools Association Bowl since 2005.

He felt last year’s team became so preoccupied with worrying about losing that it lost focus.

“Every week we were focusing on our ranking and we were worried about losing,” he said. “We were nervous about losing that winning culture and losing the record of straight victories, especially with all the doubters we had after the Fords left.”

Even with that fear of losing, the Marauders went unbeaten in public school action and almost advanced to their fourth straight bowl playdowns.

“Notre Dame was a good team,” Buchanan said. “Notre Dame played a good game and we didn’t. Bottom line. “That team was really together and tight and (head coach Tim) Bisci did a great job there.”

Kuriata feels there’s a sense of looking for redemption among his teammates this season.

“When you go through a loss like that after having such a winning culture around you for so many years, we are definitely hungrier, we are committed to the program and we want to work and learn.”

The team is excited about the upcoming season.

“I’ve got a really keen group with kids who don’t have a lot of issues in school and they all show up to practice,” Buchanan. “And they come in the summertime.” 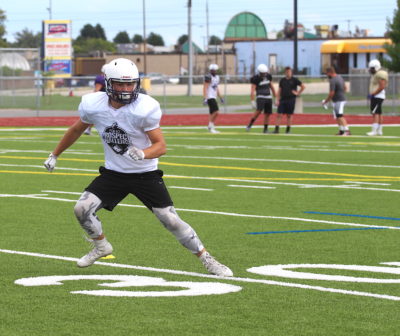 During the summer, Buchanan would have upwards of 50 kids out to practice every Tuesday while on Thursdays the number would drop. On Mondays, Wednesdays and Fridays, the Marauders did speed training and weight lifting and typically five to 15 players would be present.

“If they are available, I am here because I am doing it anyways,” Buchanan said. “It’s creating a culture and it seems to be a really good group.”

It’s a good group, but they have yet to gain much recognition.

“We don’t have those household names necessarily that everybody got to know, but we have a lot of really good players that a lot of people don’t really know about,” Buchanan said. “We are OK with that and our refocus is on us.”

That involves coming to practice, getting better, playing the games and going through the grind of the season.

“Don’t worry about winning or losing because we are going to win games,” he said. “It is just a matter of if we win the last one and if we can get to the last one.”

Buchanan sees the competition in the league improving and singled out the progress at Westlane/Stamford and Greater Fort Erie.

He is also excited about Grimsby joining the league this season and a format that will see the lower two teams in the Niagara Region High School Football Association’s Division 1 move down to compete in the Division 2 playoffs.

“That allows Grimsby to maybe go through some growing pains because they want to be here eventually,” Buchanan said. “We have a great setup and our league is really working together.”

One player Buchanan expects keep his team working together smoothly is Kuriata.

“He is a 12B middle linebacker who is trying to get recruited,” he said. “He never misses a workout, he is there all summer, he is doing well in school and he is a leader of the defence.

“He is the guy we are building around as a leader.”

Kuriata called the defensive sets for the defence last year on a squad that featured several 12B and players with a lot more football experience than him.

“Christian was a piece last year,” Buchanan said. “He was a good player, but the whole defence played well.”

Kuriata stands out among his peers because of his football IQ and his leadership traits.

Buchanan would love to see him take the next step in his progression this season.

“It’s impact plays and making big plays,” he said. “He is always consistent, but he needs to flash and have those wow moments.”

The five-foot-11, 230-pounder players feels he is ready to take another step as a player.

“I have that extra experience as a leader and I have more experience with playing Spears,” he said. “I am really prepared to lead the team better and do as much as I can on defence.”

Kuriata attended a couple of university camps this summer and those experiences were an eye-opener.

“It does show you how much extra work it takes to make it there and do something there,” he said. “You get an insight into how much work people put in and what you have to do to get there.

“It made me come back here and put extra into the training we put in in the morning and throughout the week.”

Getting to play with such an experienced Myer defence in 2017 should be a huge benefit for Kuriata this season.

“It brought me to a higher standard,” he said. “Now that I have stepped into that position, it’s my job to help the other guys that are in Grade 12 and Grade 11.”