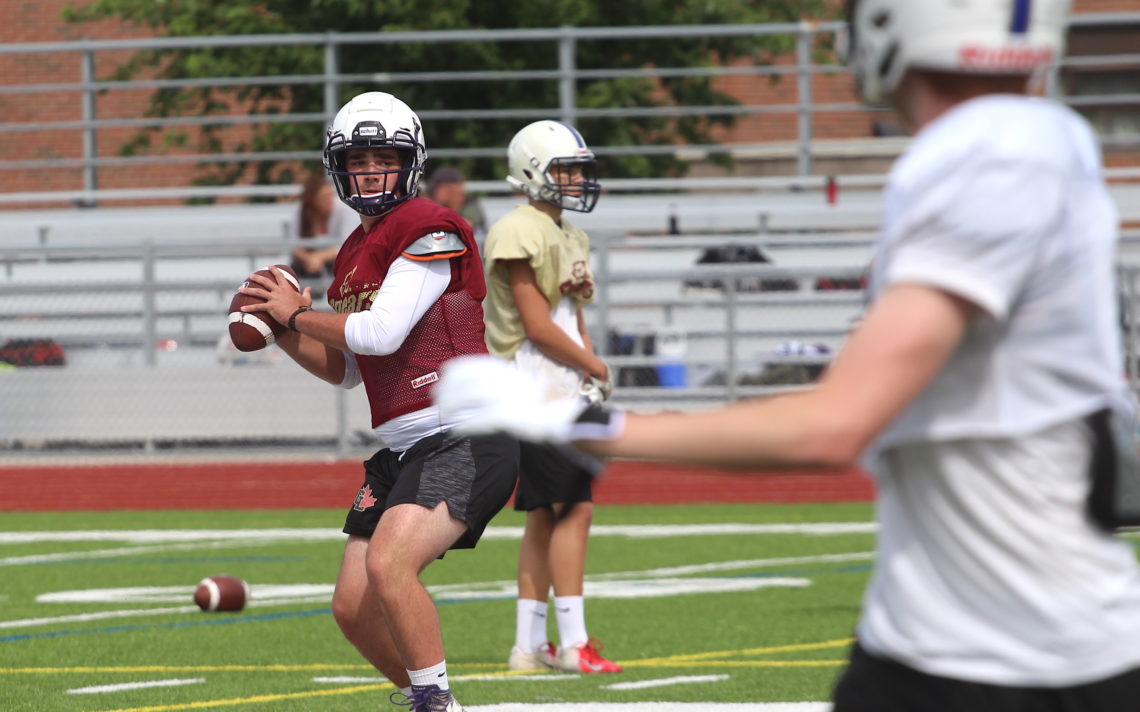 The A.N. Myer Marauders senior football program has been on an incredible roll.

But as good as Myer has been, they haven’t been able to get out of Niagara the past two seasons, losing to Notre Dame in 2018 and Saint Paul in 2019. Both those squads went on to win Southern Ontario Secondary Schools Association Bowls.

Not that the Marauders lack motivation, but losing in the Niagara final is an extra spark as Myer readies for another football campaign. 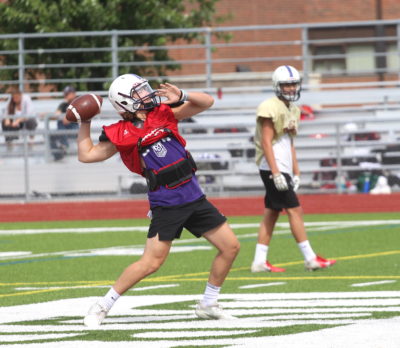 “You never like to lose, but at the end of the day it does keep you motivated,” Myer head coach Dave Buchanan said. “But we try not to think about that too much and we look forward.

“We are pretty determined to make it to OFSAA, but a lot of things have to happen.”

Buchanan knows things have to fall in to place.

Not surprisingly, Myer will have a good team again this year.

“We could be good and we could be really good and it’s because we have a lot of competition,” Buchanan said. “With the juniors coming top and the seniors coming back, there are people fighting for positions and this team will look a lot different from our first exhibition against St. Marcellinus then it will at the end of the season.”

In past years, Buchanan knew early on who would slot in where and who would start, but there are personnel wars at many positions.

“I have three quarterbacks fighting for the quarterback position and they are all good,” he said. “I have two or three deep at lots of positions and if we gell properly and become a team, then we are going to be really good.

“If we do the individual thing, then we have a problem.”

Myer will be sparked by its veteran core.

“The seniors coming back are really good and this group of 12Bs has lost some final games,” Buchanan said, listing the two senior finals and a junior final setback in 2017.

Buchanan isn’t taking anything for granted and expects stiff challenges from Westlane/Stamford and Greater Fort Erie. He is also expecting Centennial to be better and is hopeful more of the other teams will post a stiffer challenge to the Marauders this season. The less blowouts the better are great in Buchanan’s eyes.

“It doesn’t do anybody any good and I’m not intending to apologize for what we do,” he said.

He feels very fortunate to be at Myer.

To ramp up the challenge, Buchanan had scheduled exhibition games against the aforementioned St. Marcellinus and Burlington Nelson and an Oshawa high school in mid-season.

“We are packing our schedule but we are doing that to challenge ourselves.”

One of the 12Bs who will definitely be up for the challenger is receiver Winfield Organ.

“Winfield could have went to university last year but he decided to come back not just necessarily for us, but for him as a growth thing,” Buchanan said. “He has been through the losses and hopefully this has hardened us up because we needed to be hardened up.”

Organ is looking forward to his final high school season.

“It is an opportunity for me to get bigger for university,” the 6-foot-5, 185 pounder said. “I watch university games I notice that everyone is already huge and I am not quite there.”

The obvious goal for the 18-year-old is to play university football.

‘Especially with looking at how much university is going to be costing, football will help me with athletic scholarships and whatnot,” he said. “I have been playing football since I was eight and it has always been a goal of mine to play post secondary and maybe the CFL eventually.”

But first on the agenda is to go out a winner in high school.

“It really motivates you because you hate this feeling of losing constantly (in the final),” he said. “You want to win and you get so close so this is our year to go all the way.”

That desire has been building since 2017.

“I think the Saint Paul loss made so many of us want to stay back so we could win it for the school.”