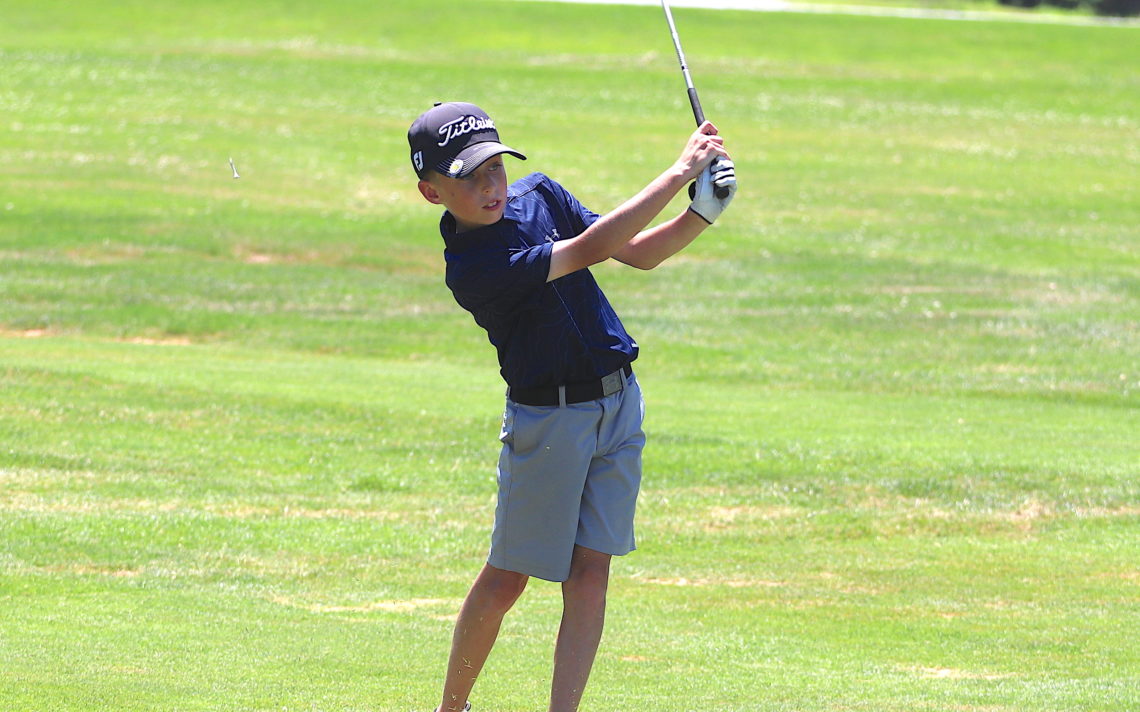 MacLean and Miron tops at Bridgewater

Ben MacLean made the most of his first appearance of the season on the Niagara Junior Golf Tour.

The 16-year-old member of both Lookout Point and the St. Catharines Golf and Country Club carded an even par 72 Monday at Bridgewater to record a three-shot victory in the under-19 boys division.

The Grade 11 student at A.N. Myer Secondary School was a multiple winner on the tour last season but was making his first start of 2020 because of a tournament schedule that conflicted with the local loop. While the first local tournament was being played at the Brock Golf Club, MacLean, a Team Ontario member, was placing second at the Alberta junior championship. He opened with a 75, shot a two-under par 63 on a course that was shortened by conditions on the second day and then finished with a 71 to finish second in the 100-player field. His even par total placed him eight shots behind the winner.

“I played pretty good,” he said.

MacLean had an up and down round Monday with five birdies and a couple of double bogeys on the back nine.

“I’m not sure what happened,” the Niagara Falls resident said. “I miss-hit it on those two holes and I wasn’t really doing too well after that.”

MacLean played in both the Canadian junior and Canadian men’s amateur championship last season, finishing in the top 60 in the former and missing the cut in the latter.

His attempt to quality for the Ontario amateur will come Wednesday at Grand Niagara.

When it comes to his actual golf game, he wants to improve on the greens he hits in regulation.

“The days that I play bad, I find that I don’t hit a lot of greens,” he said.

MIRON GOES BACK TO BACK

Megan Miron was cruising along at even par after 11 holes of the Niagara tour stop at Bridgewater Monday and then disaster struck.

The 18-year-old Binbrook native bogeyed the 12th hole and recorded triple bogeys on the 13th and 14 holes.

“I had two holes where I made some big numbers and I was a little bit frazzled, but thankfully I kept it to just two holes and then I got it back under control,” she said. “I just tried to remind myself that I was even par after 11 holes and I was playing some really good golf before the two holes.

Miron agreed that golfers learn more from adversity than when things are going well.

Her ability to get back on track resulted in a final score of 80, which was good enough for a six-shot victory and her second straight win on the tour.

The defending points champion has specific goals for her game this summer.

“Consistency is important and I am just trying to play as consistent as possible,” Miron said. “As of right now, I am really working on the flight of my wedges and just being as precise as possible.”

Miron is supposed to start a golf scholarship at Grand Valley State University in Michigan in the fall and is scheduled to arrive at the school on Aug. 14. She admits to being both nervous and apprehensive, but it has nothing to do with the COVID-19 pandemic raging in the United States.

“I trust the school that I am going to and as long as I follow the guidelines, not be silly and go out much, I’m not too worried,” she said. “It’s the usual college nerves.”

Miron has been involved in weekly on-line meetings with her future teammates and coaches and that will help in her transition.

“Getting to meet the coach and the girls has been fun.”

In addition to playing as much as possible this summer on the local tour, Miron is looking forward to competing in the Ontario ladies amateur championship.

Following are the complete results from Monday.

Next stop on the tour is Tuesday at Legends on the Niagara’s Battlefield course. 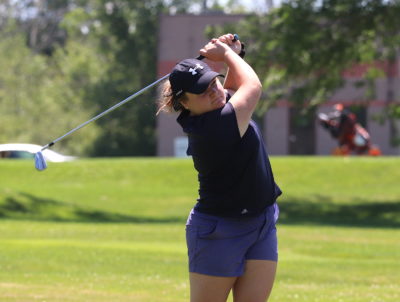 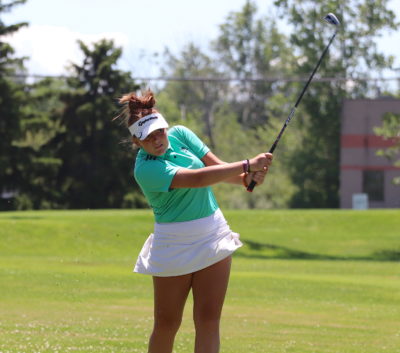 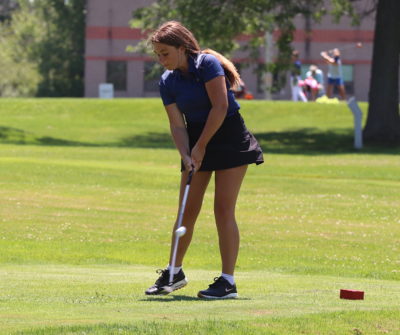 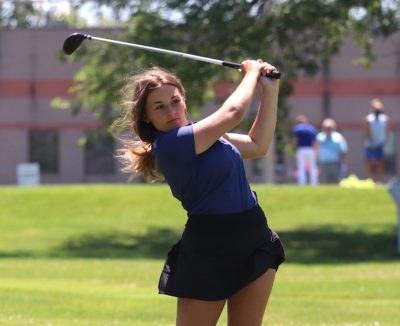 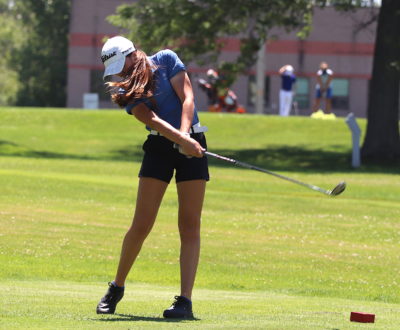 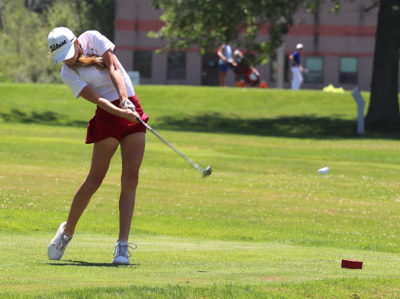 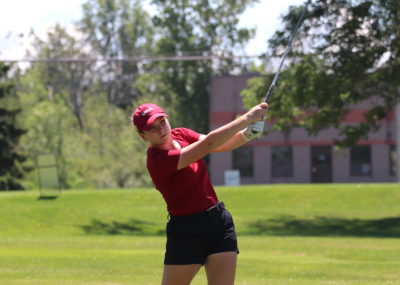 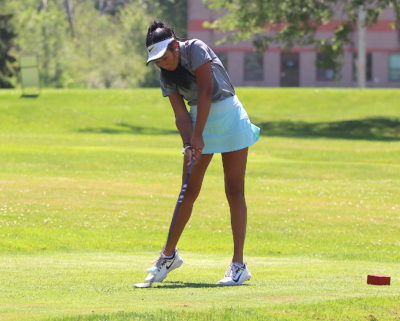 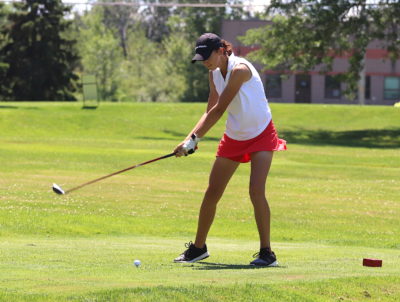 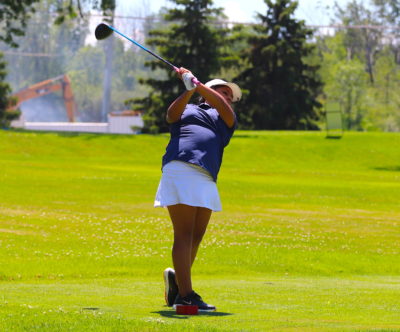 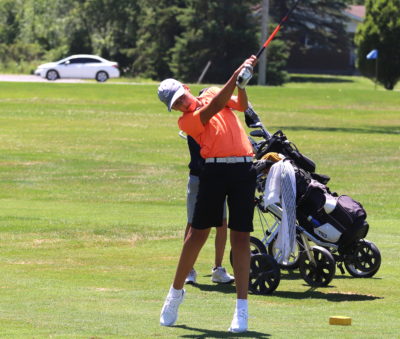 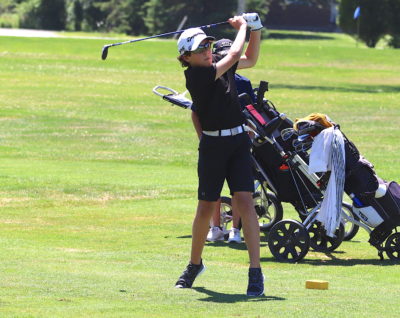 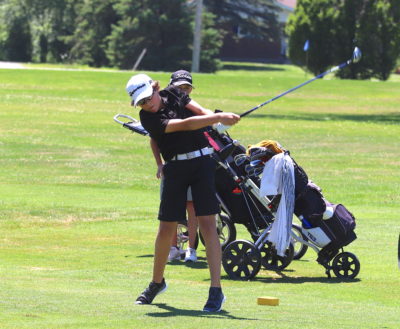 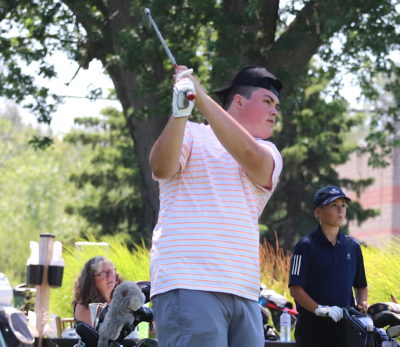 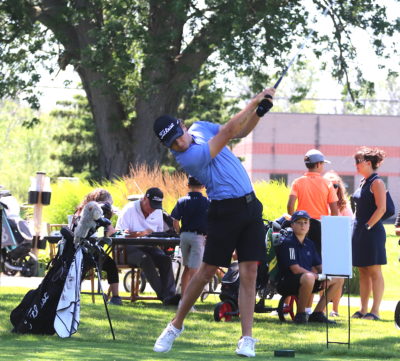 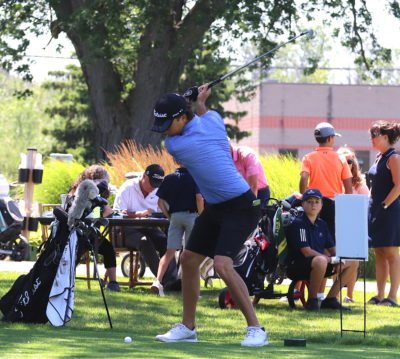