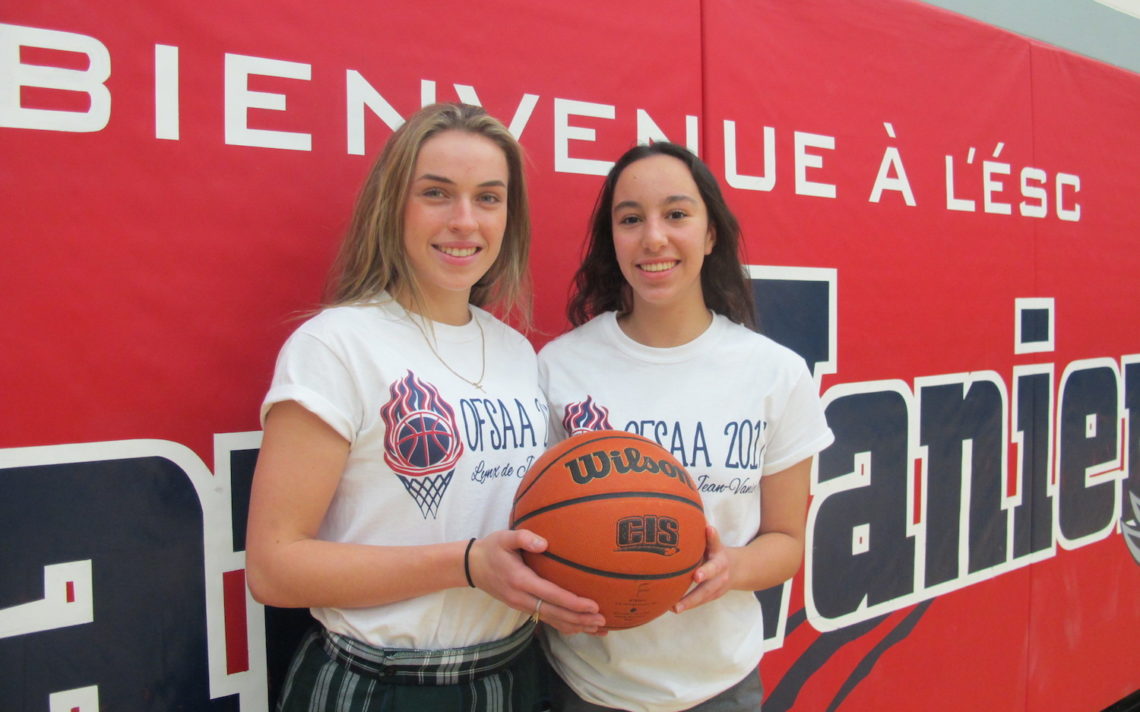 Lynx shooting for another title

Alexandre Hebert, left, and Julia McPhail, right, are two of the key players for the Jean Vanier Lynx as they shoot for their third straight senior A girls provincial basketball championship. PHOTO BY: BILL POTRECZ

The Jean Vanier Lynx are looking for a three-peat at the OFSAA senior girls A basketball championship.

The two-time defending champions are ranked third at this year’s Ontario Federation of School Athletic Associations tournament which begins Thursday in Timmins, and co-head coach Martin Valliancourt has high hopes for this year’s squad.

“We’re not happy just clinching (a spot) to go to OFSAA,” said Valliancourt, who co-coaches the team with Tara Poulin. “We go all the time. We start the year and see when OFSAA is and backtrack.”

Valliancourt does not take qualifying for OFSAA lightly.

“When we don’t go it doesn’t mean it’s not a successful year because you can measure it by so many different things but we plan and budget we are going to OFSAA and the plan is to medal every year,” he said. “It’s a privilege to be at OFSAA and we make sure the athletes know that. To medal at OFSAA when you go every year it’s hard to do but we work really hard at it.”

The Lynx, who lost seven players to graduation from last year’s championship squad, complied a 15-10 season record en route to the SOSSA (Southern Ontario Secondary School Associations) title where they defeated Smithville Christian in semifinal by 18 and then Hamilton District Christian in the final.

Both have an abundance of experience at the provincial level in a number of sports.

McPhail, a 17-year-old, Grade 12 student, has two basketball gold medals as well as two silvers and an antique bronze in soccer and volleyball.

McPhail, who is counted on for her three-point shot, loves competing at the highest level.

“Honestly, it’s kind of a relief because sometimes during the regular season we usually play teams who aren’t as skilled as us,” she said. “It’s nice to go out and play and give it our all and if we have a bad quarter we know we can get back it.

“We know we are playing good teams and there will be good competition and it will be a good, clean game.”

Hebert, who has also been to OFSAA twice previously for basketball as well as for soccer and track and field, also enjoys competing against the best.

“I definitely look forward to it. It’s nice to see the good teams out there,” said Hebert, who runs the offence and is regarded as Vanier’s top defensive player. “Playing against the A schools I know we don’t have as many good kids to pick from but there are still some good, quality teams. We get to see a lot of good french schools and how skilled they can be.”

Hebert, a St. Catharines resident who has secured a soccer scholarship to Central Michigan University for next fall, says the intangibles often make the difference at the provincial level.

“It’s definitely who wants it more, who is more prepared. I know our team, we don’t have many actual basketball players but if you look at all the girls on our team we have a ton of athletes who have amazing compete levels which sort of beats the skill from other teams.”

Assistant coach/manager Tricia Poulin has seen first-hand how important bringing home a provincial title can be for the school. The Lynx have four basketball gold medals to their credit and have been to OFSAA six times.

“For the school, it’s visibility,” she said. “We used to be the team that lost all the time playing AAA around here and got beat by 50 points. Now, we’re a program that people talk about. When we walk into a gym we feel like we get more respect than we used to. As a french catholic high school I find it’s extremely important for us to earn that respect and keep that respect.

“These girls work extremely hard and I feel like they deserve to come back and be able to be proud of it.” 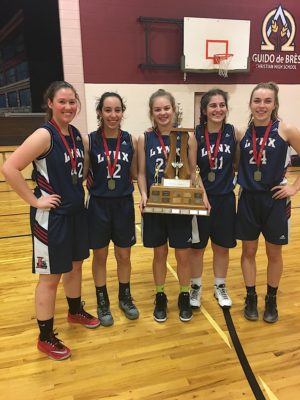 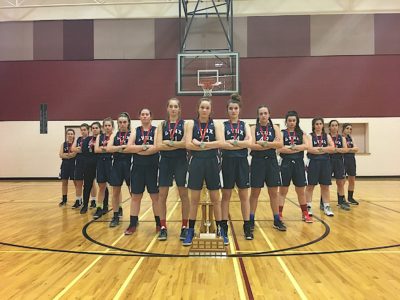