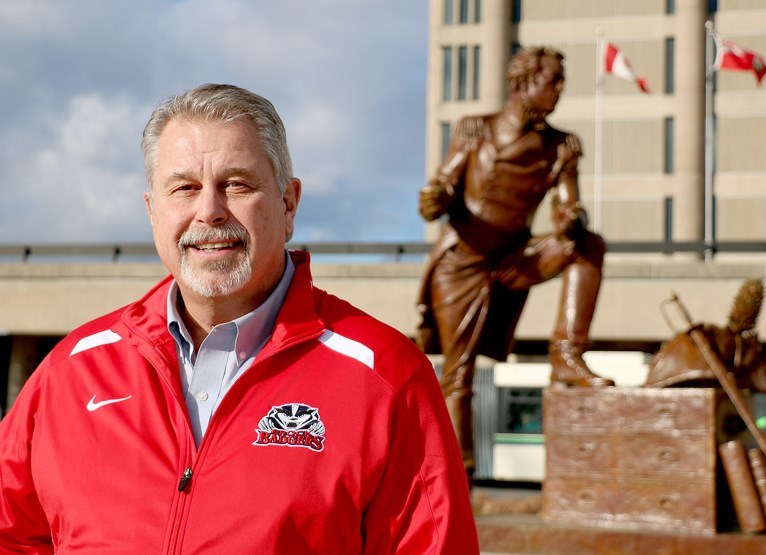 The flood of high-profile members of the Brock athletic department leaving the university continues with the departure of athletic director Neil Lumsden.

“Neil will be retiring at the end of the month,” wrote Stephen Leithwood, a communications officer in ancillary services. “Bryan Boles, associate vice-president ancillary services, will continue to oversee Brock Sports.

“We are looking forward to supporting our student athletes as we round up the athletic schedule to what is shaping up to be a strong playoff run for the Badgers. Beyond that, Bryan will be working with the admin team and coaches reviewing Brock Sports and evaluating next steps.”

When asked by BPSN to provide someone from Brock to speak about Lumsden’s retirement, Leithwood declined.

“Going to stick with the comment I sent you yesterday,” he wrote. 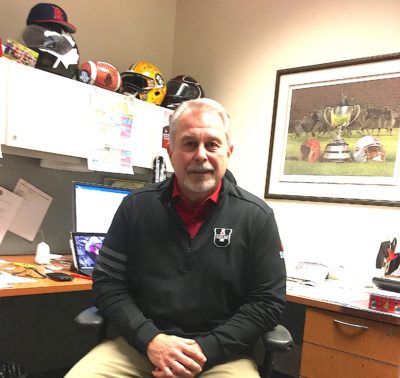 Interviewed in his office Wednesday, Lumsden stated his retirement had nothing to do with health issues.

“It’s a good time for me,” he said. “I had a tough year and a bit with family and at some point you reflect back and you think what is really important and what should I take care of here.

“That has weighed heavy on me in the last few months and that is probably the driving force.”

Lumsden has nothing but great things to say about his time at Brock.

“I loved my time here,” he said. “What we — and the key word is we — have been able to accomplish in three years has been outstanding.

“Our leadership group and our coaches within the administration are second to none compared to anyone across the country and in the OUA (Ontario University Athletics).”

Colleagues from across the OUA continually asked Lumsden how Brock has been able to do what it has done in such a short amount of time, he said.

“It always comes down to leadership and the people.”

“I really enjoyed our relationship and I had a lot of respect for him,” Calder said. “We connected on the high-performance side of sport and he helped the coaches get the best out of their teams.

“He really shared the same philosophy as me.”

Lumsden, a 66-year-old London native, joined Brock in February 2016. After winning three Grey Cups as a player and one as a general manager, Lumsden had a successful  career in sport management. He served as COO and general manager of the 2003 Road World Cycling Championships in Hamilton and ran the sport marketing agency, Locker City Sports.

In April 2017, Boles was put in charge of a division at Brock called ancillary services, which was made up of residences, Brock Sports, recreation and youth programs, hospitality and conference services, campus store and parking services, and ancillary service supports.

Prior to that, Boles was the associate vice-president of financial services at Brock, where he was responsible for accounting, treasury, financial reporting, components of purchasing, student accounts and financial aid and budgeting.

He came to Brock in January 2013 from Niagara Region where his last position was director of financial management and planning/deputy treasurer.