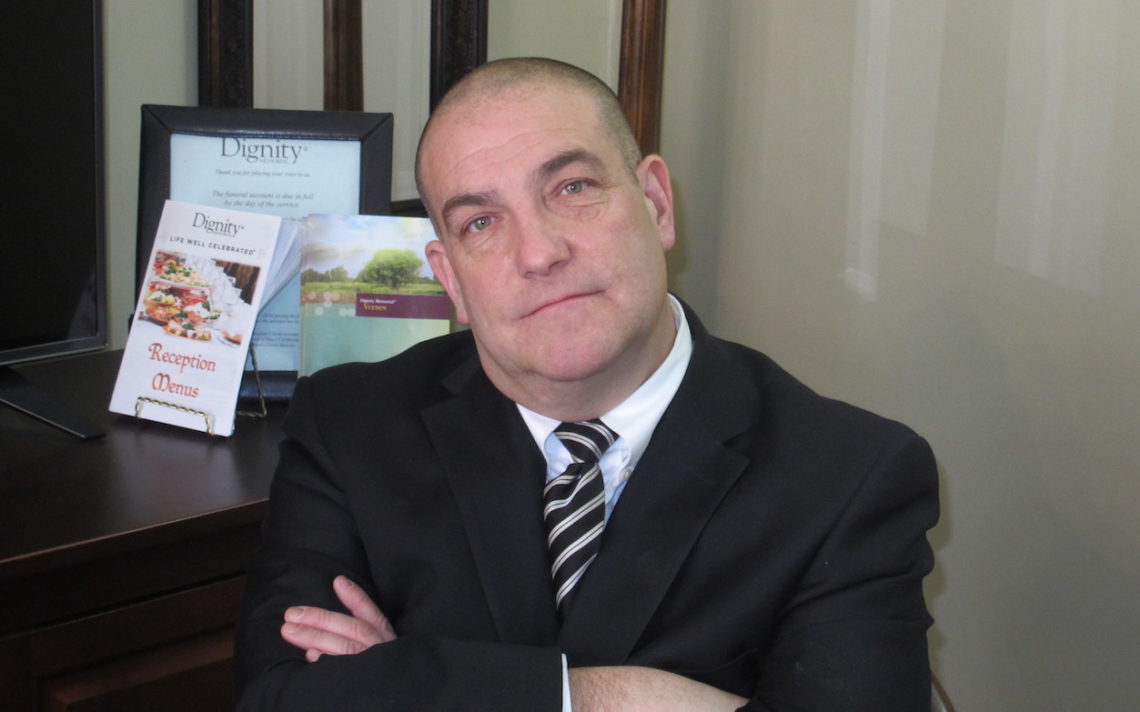 “There were a lot of dark days”

Rob Hubbert is well known in hockey circles as a battler, a no-nonsense individual who coached every game as though it was the seventh game of the Stanley Cup playoffs.

Hubbert has been involved with a number of teams in the Golden Horseshoe and always lived and died with every win and loss. He loved getting under the skin of the opposition, was never shy to share his opinion with the press or anyone else who asked, and became somewhat of a polarizing figure during his two-plus decades in the sport.

But last summer Hubbert was hit with news that was tougher to swallow than any bad call or gut-wrenching loss he was ever involved with.

On July 11, 2017, the 53-year-old St. Catharines native was told he had been diagnosed with Non-Hodgkin lymphoma, the same disease that struck National Hockey League Hall of Famer Mario Lemieux.

Hubbert, who originally was diagnosed with swollen glands, knew something was wrong. He was  fatigued almost all of the time, but wasn’t prepared for the C word.

“It was probably the most devastating news I could have received,” he said. “Wins and losses didn’t mean anything to me at that point.

“I panicked. I lost my sense of whereabouts for the first time in my existence. It scared me.”

The diagnosis wasn’t necessarily a death sentence — Lemieux beat the disease and treatment options are available — but Hubbert knew he was in for the fight of his life.

“I can say I was in the same breath as Mario Lemieux. One hundred per cent you have that hope (because he beat it). But still, the word cancer. . . . It does terrible, terrible things to you. It plays mind games with you. You lose your dignity, you lose your lunch sometime.”

“When the doctor said you are going to have to get chemotherapy, I was so devastated. I didn’t know where to turn for the first time in my life.”

Hubbert underwent his first monthly chemotherapy session on his birthday, Aug. 12. It involved eight hours of being hooked up to an intravenous needle followed by five days of oral medication. The treatment was difficult, to say the least.

“I can’t even put it into words. I was sick every day in the morning,” he said.

The treatment also sapped Hubbert of his appetite and he lost 44 pounds.

Worse, a combination of not feeling well and worry about the future played on his mind.

“Dying,” he said when asked for his thoughts. 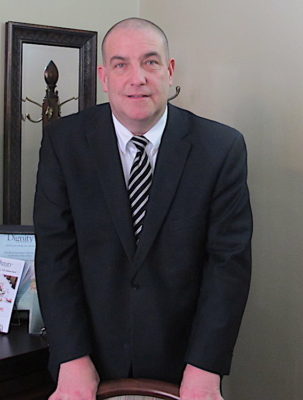 Hubbert carried on as best he could — he says he never missing a day of work at Hulse and English Funeral Home — but he had more than his share of difficult moments.

“You put on a brave face but when you lay your head down at night, I think that’s the scariest part,” he said. “My mom died of cancer and when I lay down my mind doesn’t shut off.

Hubbert recently completed his final chemotherapy session and will meet with doctors later this month to discuss his options. He looks good and has moved in with his girlfriend, Kim Coon, who is helping him attempt to eat a more healthy diet.

“It was a relief to know I was done my chemo but the journey isn’t done yet,” he said. “To ring that bell (patients ring a bell in celebration of the end of treatment) was like winning against St. Catharines. The No. 1 thing in my life was to ring that bell.”

Through all the sickness, sleepless nights and dark days, Hubbert quickly found out how many people care about him.

“I’ve been around a long time. I can’t believe how many people reached out to me,” he said. “I had thousands of emails from players, coaches, general managers and OHL teams reaching out to me saying you’re probably the toughest guy we know and you’re going to beat this. Teams I coached against and had fierce rivalries. I’ll never forget that.”

“There were a lot of dark days when the Burgoyne Bridge looked pretty good. I don’t mean that disrespectfully. The support I had from my friends was so important. Texts, emails — I can’t even put into words.”

Hubbert also said the support he received from Niagara IceDogs owners Bill and Denise Burke, along with head coach Billy Burke and general manager Joey Burke, was overwhelming. Hubbert works for the club keeping an eye on drafted players who are playing junior B or Tier 2.

“The Burkes and players from the IceDogs really opened their arms,” Hubbert said. “They are class individuals. They could have kicked me out in the dark but they left me in my position and let me do my thing and I’ll never forget it. They made me feel like a million bucks.”

Hubbert also credited Big Texas Niagara’s Peter Gallardi. Hubbert often DJ’s for the bar and grill in Niagara Falls and Gallardi assured him they would support him throughout the ordeal.

Hubbert ended 2017 with a party of 60 of his closest friends where he was able to express his support.

He is hopeful of good news from doctors later this month and admits the experience has changed him and given him a different perspective on life.

“It’s about living and experiencing life and trying new things,” he said. “I just want to live. I want to become closer to my friends.

“I want to touch people’s lives and I want to come to peace with life and to say thank you. Anyone who has been good to me, I want to be able to give back to them.”