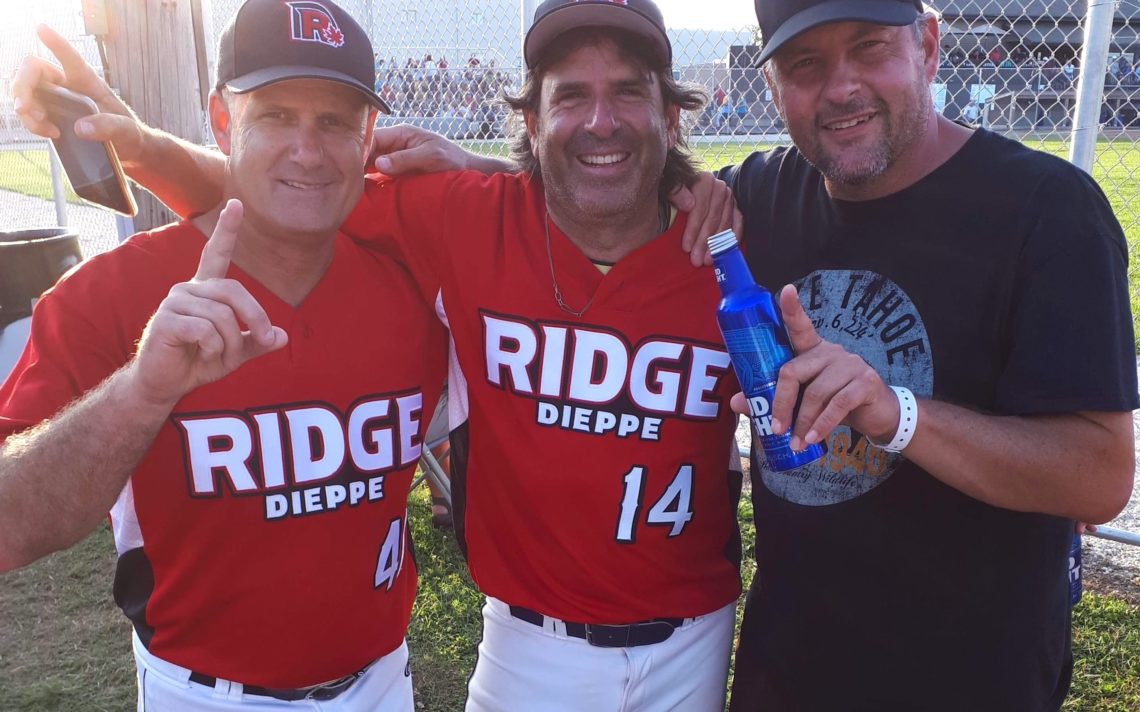 Dan Duemo, Rob Greatrix and Tom Berube were part of the Toronto Dieppe Ridge Legends, who captured the championship in the Legends division at the 2019 International Softball Congress championships.

Tom Berube took a proactive approach when putting together a team for the 2019 International Softball Congress championships.

The St. Catharines resident began compiling a roster three years ago in anticipation for this year when the bulk of the team would be in their early 50s and eligible for the Legends division.

“I was around 48 and put this team together. (I thought) I’m going to get all my buddies and all guys who are young, just turning 50,” Berube said. “I didn’t want older guys. I wanted it to be competitive.”

The Toronto native — he moved to St. Catharines a dozen years ago — rounded up several of his former teammates from the Toronto area. He added in a couple of local players, called the team the Toronto Dieppe Ridge Legends, and entered this year’s championships in Wisconsin where they came away with a gold medal.

“It was priceless. To play with you lifelong friends and win, it was just amazing,” Berube said.

Berube recruited Dan Duemo of St. Catharines and Rob Greatrix of Niagara Falls to play on the team. 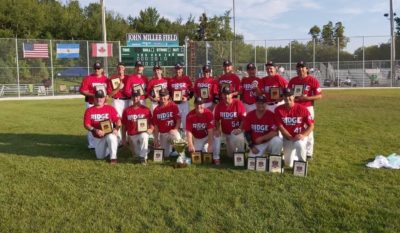 Duemo, who won a Canadian junior title with the Cleland Junior A’s in 1984 and had previous experience at the ISC championships in the open division, was playing competitively for the first time in nine years.

“I was in the gym all winter. I always knew I wanted to play again,” said Duemo, 55. “It was a lot of work but you don’t forget. You may not have everything work as well physically, but you are smarter and you don’t forget.

“I’m glad I did it and we’re already looking forward to going back to defend our title next year.”

Greatrix, a 52-year-old infielder, gave Berube a ton of credit for putting the team together.

“Tom was really the figurehead of the team. He was really the guy who attracted the players because he’s always had a great reputation. He was a great pitcher and a great guy.”

Greatrix said the competition was stiff.

“You always think you’re going to be in the mix,” he said. “There are some good teams there. It’s littered with guys who played on national teams. They were very, very competitive teams.

“The pitching doesn’t drop off, like in hardball. They can still bring it. The hitting is still there. If anything, on defence maybe guys don’t move around like they used to.”

He said winning the title in the Legends division was just as significant as an open division championship.

“The ISC is our Super Bowl so anytime you get an ISC title, when or where or how, in terms of fastball, that’s the big one.”

Duemo, who tossed nine innings in the tournament, agreed.

“It was pretty big. It was a real, real big deal,” he said. “It was pretty cool. Our game was right before the final game in the open division so there was probably 3,000-4,000 people and it’s a real great looking park.

“I think there was a sense of relief because the guys who have been going to the ISC tournament at whatever level, it really is a relief because you’ve won the biggest prize in our sport.”

The Legends defeated Calgary 3-2, Colorado 4-0 and the host club 10-3 to finish the preliminary round undefeated. They then moved into a single elimination draw where they topped Waterdown 7-0, Sudbury 3-1 and the Portland Brewers 4-1 in the championship game.

Duemo said hopes were high leading up to the tournament.

“We had won a tournament about three weeks prior in St. Thomas which had brought in the top Legends team over 40 and we won that so we knew going in we had a real good chance,” he said. “The team is quite deep and the one thing you find out — you’re playing six games in 48 hours — you need three pitchers. You can’t do it with one guy carrying the load, it’s just beyond that now. Physically you just can’t do it.”

The team is already looking forward to defending their title at next year’s championships which will be held in Quad Cities, Ill. 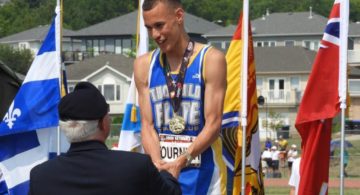