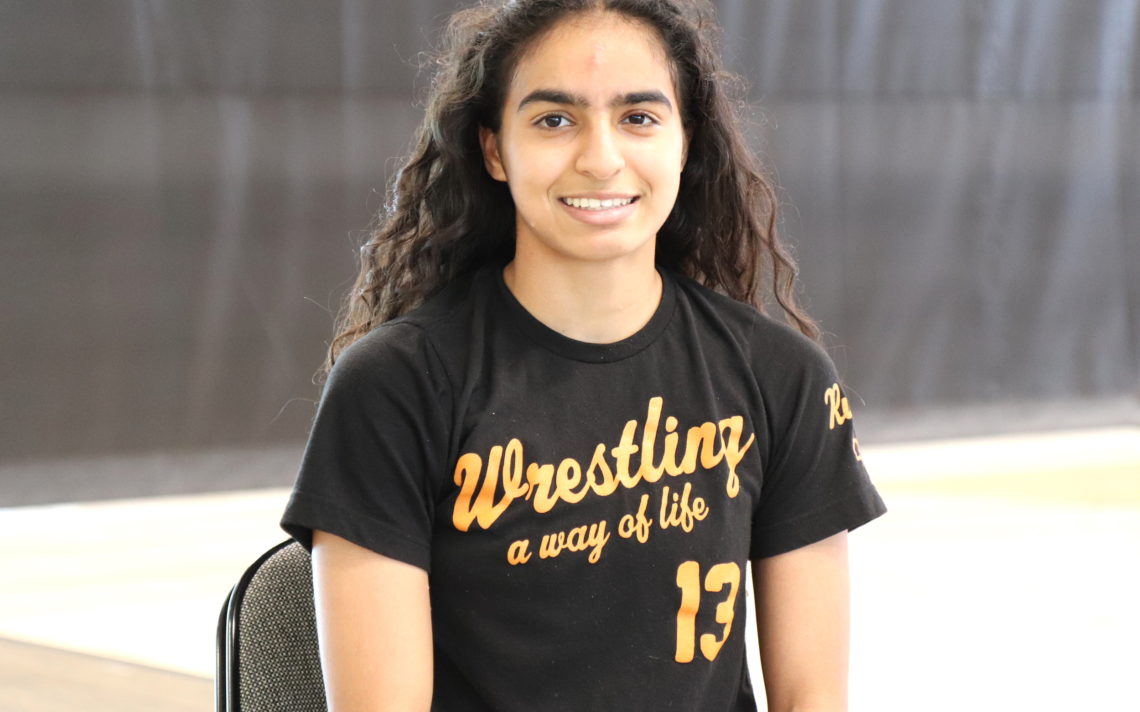 It was an amazing moment for Shahreen Gulacha when the Brock Junior Badgers Wrestling Club member won a gold medal in the 53-kilogram division at the cadet (under-17) nationals.

“A lot was going through my head,” the 16-year-old Stoney Creek resident said. “My brother (national junior champion Amaan Gulacha) and I are both national champions now and that gives us two national champions in the same house. I am really proud because I am the only girl and all my cousins are boys. My dad put the medal on me and it was a really great moment for all of us.”

Her father, Amar Gulacha, plays a big role in her wrestling career. In the family basement, he trained Shahreen, Amaan and four of her male cousins. Workouts usually include 30 minutes on the treadmill, drills with dummies, and live matches.

“It was tough being the only girl but it also helped me to get where I am in wrestling,” she said.

She had been competing in the United States for several years and has been training with the Junior Badgers since she was five or six years old. Brock has been a major part of her development.

“It is huge because of all the opportunities I got with Brock. The support from the team was great and it means a lot to me.”

At nationals, she won three matches to bring home the gold medal.

“I wrestled a girl (Ava Guay of the Dinos Wrestling Club) in the semifinals who beat me in the trials and I beat her 13-4. That was huge for me,” Shahreen said.

In the final, she recorded a narrow 3-2 victory over Olivia Mathezer of The ROC Wrestling Club.

“She came up pretty flat in the trials but at the nationals she walked through everybody,” Brock women’s coach Dave Collie said. “She made some nice adjustments and I would have liked to seen her wrestle the girl that won the gold medal at the trials.”

Shahreen is not sure yet where she wants to go with wrestling and she is taking it one step at a time.

“I just want to keep wrestling and hopefully next year maybe win a national championship. I am just going to keep going with Canada right now.”

Wherever the sport takes her, she will go with a smile on her face.

“It just makes me happy when I wrestle. There are not a lot of female wrestlers in the world so being one of them who might be good is like a big deal for me.”

This is the seventh story in a series profiling Brock Wrestling Club members who won national titles in 2022.