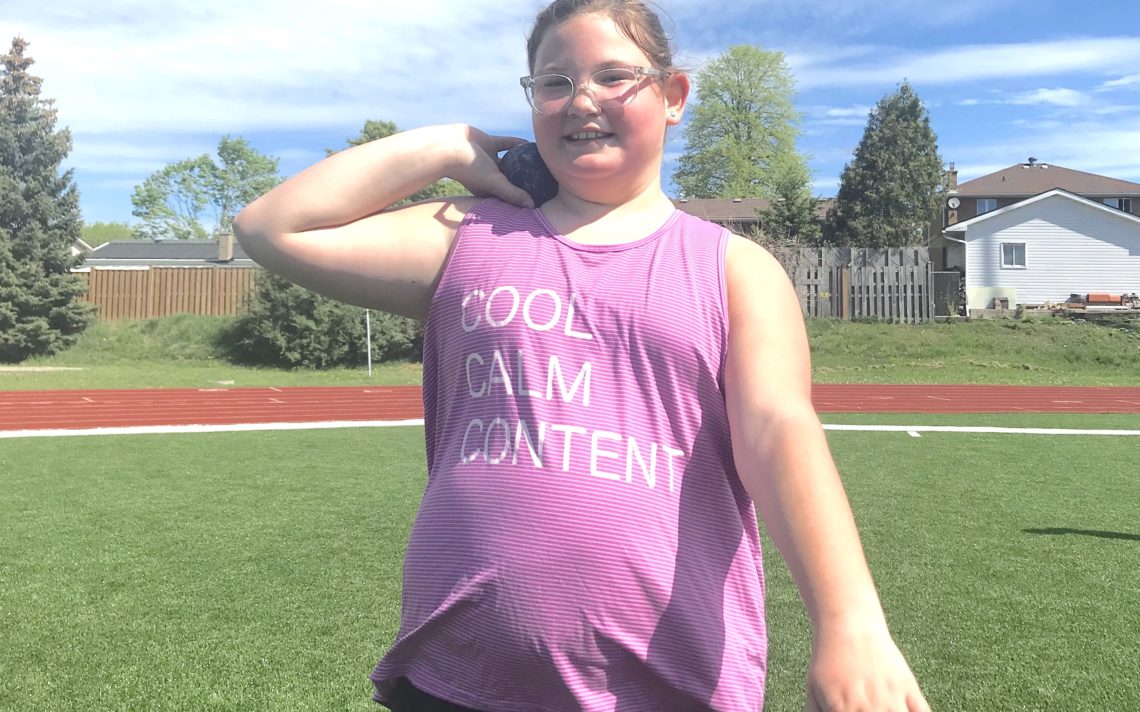 Leah Sandel is a rising star

Last July, one of Leah Sandel’s friends joined the Thorold Elite Track Club and the nine-year-old Ridgeway resident decided to do the same.

She originally joined to get some physical activity and fitness after one of her mom’s (Roseanne) colleagues suggested the club’s Future Track Stars program but it wasn’t long before Thorold’s coaching staff pointed her towards shot put. The event was completely foreign to her.

“I didn’t even know what it was. It was just a metal ball,” the Grade 4 student at St. George said. “I tried it and I really like it. It is a lot of fun.”

She has made tremendous progress in the sport.

“Last year, I was hitting three metres and now I am hitting over seven metres,” she said. “I have had some pretty good coaches for the last several months and my dad (Sean) has been encouraging me. And my mom used to do it too.”

Her parents have helped a lot with her training.

“I’m always busy during the week but my mom tells me I have to go to shot put so I can get better. My mom and dad bought a shot put toe board and more shot puts so I can practise in our driveway.”

Leah, who is just starting to train in discus, is aiming high in shot put.

“I always set goals and this year I am hoping to hit over eight or nine metres.”

She also skates two days a week with the Crystal Ridge Skating Club.

“I like them both but I like skating more because I have been doing it since I was two and a half.”

Her training for skating helps with shot put and vice versa.

“Training for shot put gets me stronger. With skating, I do lots of turns and I have to do turns for shot put and that helps me a tiny bit.”

Thorold Elite coach Steven Fife thinks Sandel is a bit of a mould-breaker, especially at her age.

“It’s one of those things where we are still trying to break through a bit of a glass ceiling for the sport and specifically for the throwing community,” he said. “Throwers are serious athletes. And female throwers are out there working just as hard as anyone and there still isn’t a lot of interest or recognition or even support for it. As a coach and as an athlete, you do feel like it’s an uphill battle.”

Fife is a big fan of Leah’s.

“We love that she has such a positive attitude about everything and is willing to try something new, go outside of her comfort zone and be that role model to the other kids, and the other girls especially.”