The first order of business for the former fifth overall pick in the 2003 WNBA draft was to land 15-year-old Port Colborne native Emma Koabel as the first recruit to a program that had an overall record of 18-6 and a league record of 12-6 when the 2019-20 season was cancelled because of the COVID-19 pandemic. The team has made the NCAA Sweet 16 twice in the last five seasons under former coach Joanne P. McCallie.

Koabel had talked to a few schools, including James Madison and Iowa State before Sept. 1 when, under NCAA rules, Koabel could contact coaches but they weren’t allowed to contact her. Coaches are allowed to contact players’ coaches and ask that the player contact them. When Niagara Prep head coach Dave Picton told Koabel Lawson wanted to talk to her, she was ecstatic.

“I was so excited, I didn’t think that would ever happen.” 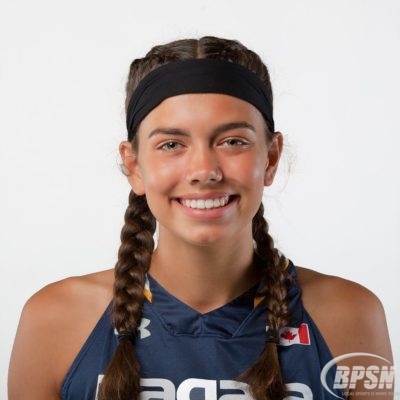 Koabel called Lawson and the two had an immediate connection.

“She is amazing and so inspiring with her words and everything,” Koabel said. “The way she talked to me from that moment on I knew.”

After Sept. 1, Lawson began to call Koabel on a regular basis.

“Our connection just kept building and I knew from the first time that I talked to her that it was meant to be.”

Koabel liked everything about her future coach.

“It was her love of the game and she can make people better. She saw that I also love the game and I think that’s why we really connected,” she said. “She is so motivating and she is the type of coach you want to play well for and do better for her.”

After a few weeks of back and forth discussions, Lawson offered Koabel a scholarship during a Zoom meeting that included Koabel, her parents, Picton and the Duke coaching staff.

“It felt more important, especially because they didn’t do it right away. They waited a couple months before they made the offer,” she said. “They wanted to build the relationship and it meant more to me, and the offer seemed more important. It wasn’t just another offer.”

“I didn’t want to drag it out because you never know what they could get. They could take away the offer if they got another girl at my position,” she said. “I didn’t want to take any chances because I knew it was the school that I wanted to go too.”

Picton is thrilled for his player.

“It has been a long time in the works and it is a great opportunity for her,” he said. “She has been really dominant and what I love about Emma is that she is really humble, she works her butt off and now it is all paying off.”

Koabel, who maintains a 96 per cent average at A.N. Myer, is not sure yet what she is planning to study at Duke.

“It is a great institution and there’s a lot of opportunities for me there. I knew if I went there, I would have a career if I decide to keep playing basketball or if I don’t.”

The decision means Koabel will no longer have to deal with the myriad of calls she was receiving from basketball coaches eager to land her services. 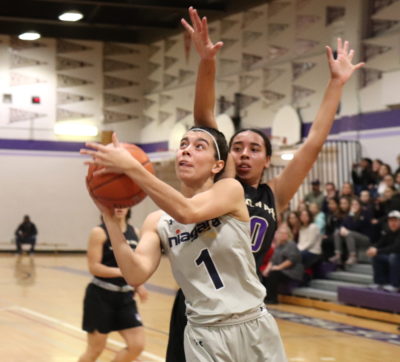 “It did take the weight off my shoulders a little bit by not having to call all the coaches. Sometimes it gets a little hard when you think you have to focus on this school and that school. Now I just have to focus on one school, especially with my basketball too,” she said. “I can practice for Duke and my skills training can be for what they need. It’s not trying to be good for all the schools, I can just be good for one.”

She realized a NCAA Division a scholarship was a possibility for her in the summer of 2019 while playing for the Canada Elite Girls’ Under Armour Association travel program.

“I was thinking it could actually happen and I needed to put the work in if I wanted to get where I want to get too,” she said. “I just kept working from there but I never thought this would happen.”

The 5-foot-11 guard averaged 14.2 points, 3.4 rebounds, 2.0 assists, 4.3 steals and 0.6 blocks per game with Niagara Prep in the Ontario Scholastic Basketball Association last season. Her role with Niagara Prep expanded as the season went along.

“It was definitely difficult at the beginning. I wasn’t used to that pace of basketball yet but as we played and kept going, I felt it got easier,” she said. “I had confidence at the beginning that I could take on that role but I had to put in the work practising and eventually it would happen.”

“She can fit in with any level of player and still succeed,” he said. “She knows what she can do and when she can do it.”

Koabel feels the next step in her progression is being more vocal and becoming a better leader.

“At the next level, it’s a lot faster and it just keeps progressing so being able to have that relationship with my team and being a leader will help me in the long run as well.”

The COVID-19 pandemic has limited training for Niagara Prep and delayed the start of the season.

“It’s tough because last year I was a Grade 10 sophomore and I wasn’t in a lead role. I contributed and everything but I was pumped because we had a bunch of graduates so I was going to step in as a leader,” Koabel said. 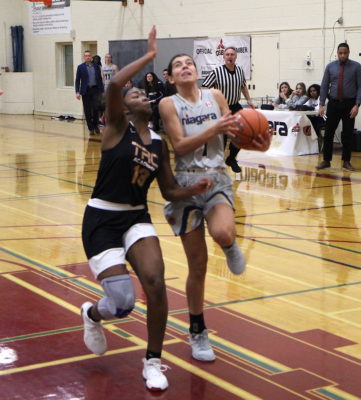 Like her teammates, she is trying to make the best of a bad situation.

“I can’t dwell over it because it has already happened. I have to stay focused, help get our team better in the next couple of months if we end up having the season starting in January,” she said. “It’s a good opportunity for us to build some chemistry as a new team, get to know each other, focus on our own individual skills and what we need to do to win.”

Koabel’s long-term goal is to play for Canada at the Olympics.

“I talked about that with coach Lawson and she supports that. I’m going to keep striving towards that. Getting to the NCAA was my first goal and now that we accomplished that, we can start focusing on the next one.”

Koabel was hoping to get a chance to represent Canada this summer as part of the under-17 national team and she made it to the final camp.

“I was so excited about that and the weak that everything got cancelled was the week of that tryout. It got postponed and we all thought it would happen within a month but it never ended up happening.”