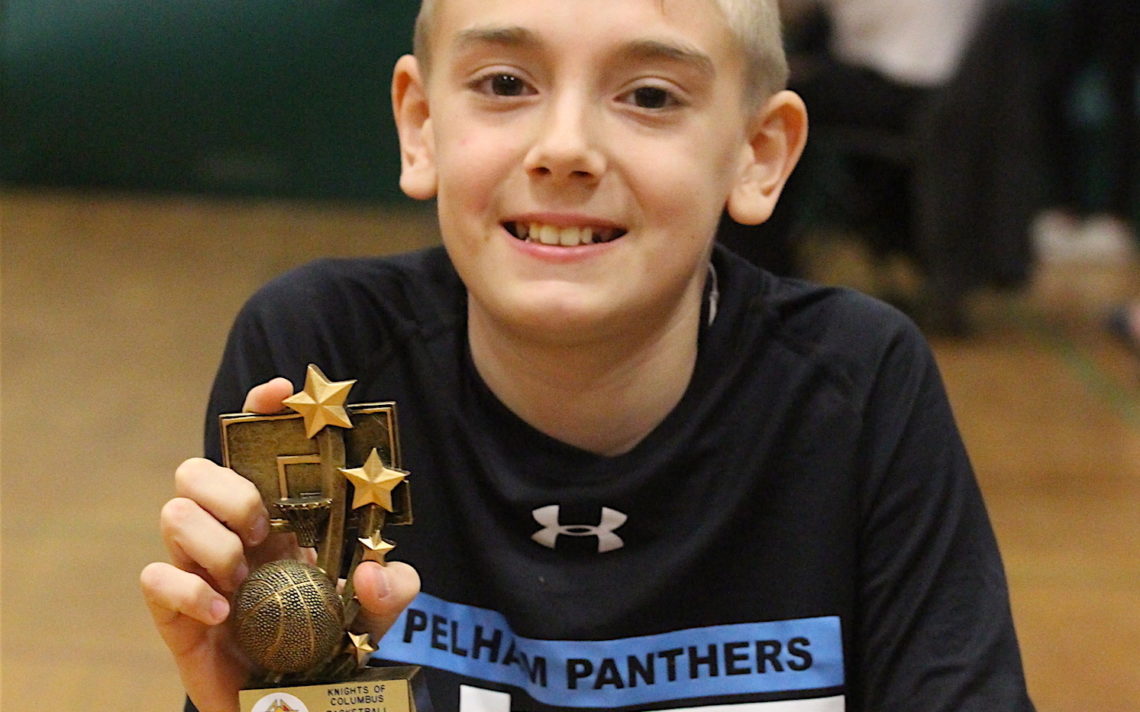 Dylan Durlov picked a great time to get hot.

“I just had a really good day today,” the 12-year-old St. Catharines resident said. “I practice every day and it just pays off, I guess.” 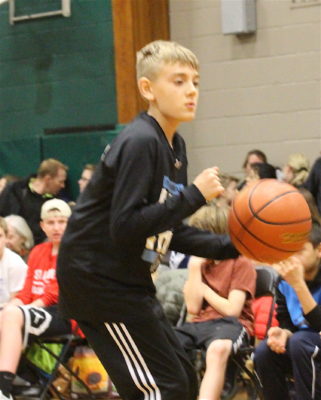 The under-13 Pelham Panthers travel player agrees that he doesn’t generally shoot that well from the line in his league games.

On Saturday, it was a different story.

“I just had the rhythm today and I was feeling it,” he said. “I told myself that today I would make this many shots.”

Dylan is a point guard/shooting guard on his Pelham team which plays in Ontario Basketball League X play.

“We are doing pretty good,” he said. “We have one win and we play today (Saturday) and should get a couple of wins.”

The top five finishers in each boys and girls division advanced to the district competition Feb. 10 at Holy Cross.

The gym at Holy Cross was packed with parents and competitors Saturday and Kevin VanLeeuwen, the event’s co-chairman, was delighted with the turnout.

“I am very impressed with the numbers and they are extremely healthy,” he said. “We worry every time we organize this event how many schools are going to get wind of it and this year is great.

“We are maxing out at our numbers.”

“That means 20 schools sent competitors in each division,” VanLeeuwen said. 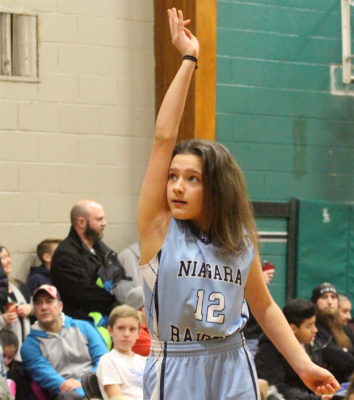 Saturday’s participants had to win at their school to move on. Five Knights of Columbus councils were represented Saturday drawing from schools in St. Catharines and Thorold. The next event will have eight councils taking part  and it will draw from schools from Grimsby to Niagara Falls. Winners there move on to the regional event Feb. 25 in Waterloo. Scores in Waterloo are compared to others across Ontario to declare provincial champions.

The Knights of Columbus has been running the free throw competition across North America since 1972.

“It is not a fundraiser. It is just an event that we run and part of the goal is to get the youth involved,” VanLeeuwen said.”If we can have any of these students become future Squires (teenage Knights) or Knights, that is a goal as well.”

There were about 25 Knights on hand Saturday to make the event run smoothly along with nine high school volunteers.

“My favourite part is the competition,” VanLeeuwen said. “A lot of these kids already know each other from school or being on teams and it’s a friendly competition.

“They see each other every year and and it also gives some kids who aren’t involved in travel or sports, or might not even be on their school teams, a chance to come out, participate and be successful.”

Following are the top five finishers in each age category with their scores out of 15 shots: