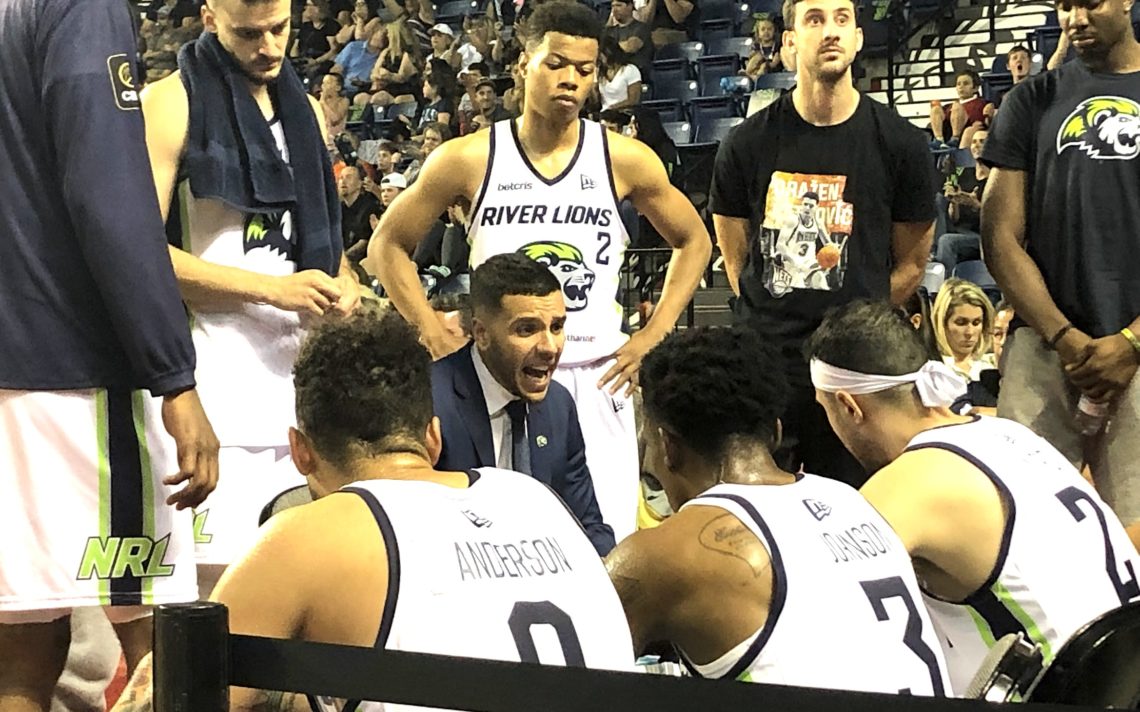 Playing their final home game of the season on Fan Appreciation Night, the River Lions failed to send the hometown faithful out the doors happy, dropping a 101-90 decision to the Guelph Knighthawks.

It was disappointing outcome for the River Lions, who fell to 13-5 in Canadian Elite Basketball League action and have now dropped their final two home games after winning their first eight on home court.

It was not what River Lions team captain Ryan Anderson had in mind when he addressed the 2,512 in attendance before the game to thank them for their support.

“I can only speak for me personally, but we have a great fan base,” said Anderson a 31-year-old native of Seattle. “We let our fans down tonight with a loss.

“It’s an honour to come out and play for these fans every game.”

The River Lions have two road games in Fraser Valley and Hamilton to conclude the regular season before heading to Saskatoon for championship weekend Aug. 24-25.

“I’m hoping we can show them a lot more and we can bring them home a trophy,” said Anderson, who paced the River Lions with 22 points.

The Knighthawks, coached by former Brock men’s bench boss Charles Kissi, improved to 5-12 and have been playing much better since Kissi took over last month.

“Guelph came in tonight fighting for a playoff spot,” Anderson said before joining the rest of the River Lions on for an autograph-signing session with the fans. “We just have to be better.”

And how do they do that?

Anderson said the River Lions will need to examine in detail exactly how they let this one slip away.

“We’re going to watch that film and get back to it.”

“I don’t think we were mentally prepared to play against a team whose backs were against the ropes,” he said. “That team played incredibly hard from the start.

“You have to be prepared all the time. If you’re the hunted like we were tonight, you have to have the mentality of being super-aggressive and we didn’t do that tonight.”

“We’re going to have to win two games, regardless, ” Raso said. “We’ll regroup from this. It’s a learning experience. Everything  now is building up to that final weekend.”

Up next: The River Lions wrap up the regular season with road games Thursday, Aug. 8 at Fraser Valley and Wednesday, Aug. 14 at Hamilton.