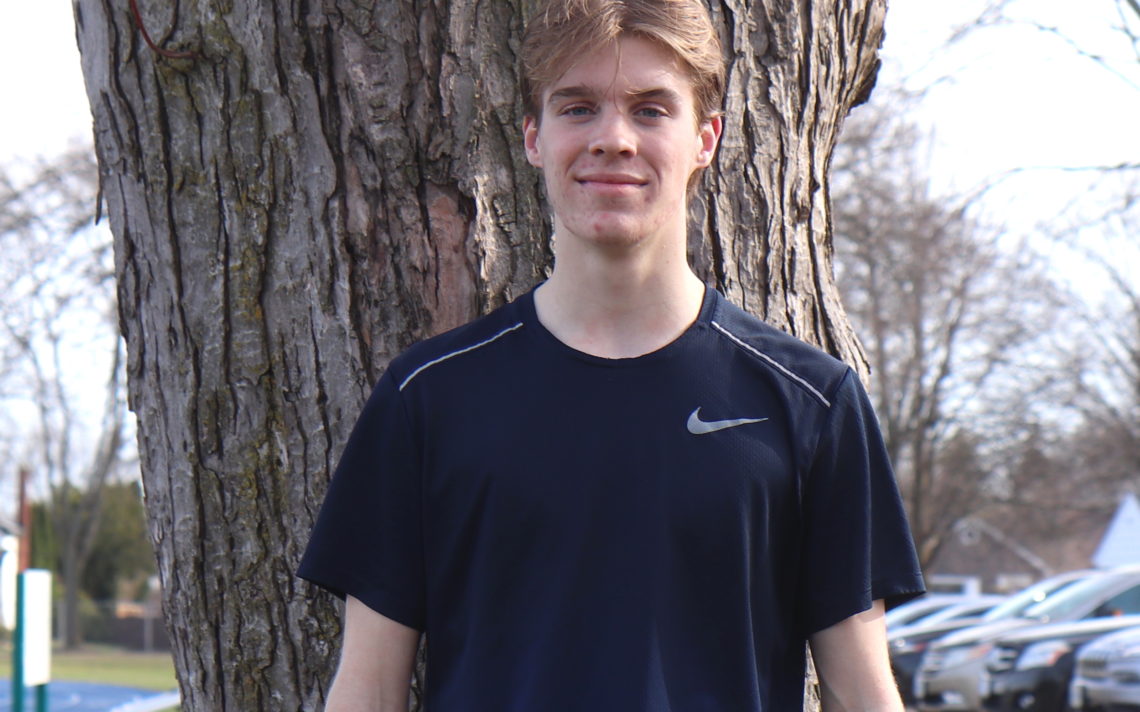 His efforts helped convince E.L. Crossley’s Adam Kleinsmith to commit to the school for cross country and track and field.

“The coach was really communicative with me and he was always reaching out through emails and stuff,” Kleinsmith said. “He was really curious about all of my personal stuff and he was so nice when we did a call together back in January and February when I was still doing the recruitment process.”

The Grade 12 student’s desire to attend Windsor was solidified following a visit to the school in March.

“I loved the campus. It was accessible and walkable and I met a bunch of the athletes there,” the 17-year-old Fonthill resident said. “They were very nice and friendly and it felt like a good fit for me compared to other schools.”

The future drama and education student has modest goals for his first year at Windsor.

“It is to keep improving and shaving off seconds on my times because it is hard to improve once you get to a certain point,” the Thorold Elite Track Club member said. “It will be tough for me to make the team the first year because there is a lot of fast guys there who are coming back.”

The key will be to not get discouraged.

“I really enjoyed it so I did track as well. I was pretty good at it so I decided to join a track club and I ended up joining Thorold Elite after the track season in Grade 9.”

Among his accomplishments are: qualifying for the Ontario Federation of School Athletic Associations cross country championships in Grades 9, 10 and 12, placing 28th in Grade 10 and 31st in Grade 12; qualifying for the South Regionals in the 1,500 metres and 3,000 metres in Grade 9; winning the Zone 3 title and placing third at the Southern Ontario Secondary Schools Association cross country meet last fall; winning a silver medal in the 2,000-metre steeplechase at the 2021NXT CHAMP Invitational; and, finishing 47th out of 230 competitors at the Athletics Canada national cross country championships in 2021.

After a two-year absence because of the pandemic, Kleinsmith is looking forward to competing in the spring high school track and field season.

“It will be tough for me to make it to OFSAA no matter what event I do. If I do steeplechase, 1,500 or 3,000 metres it is going to be a tight field. I want to improve my times and go out with pride.”

His biggest progression as a runner in the past few years has been becoming more consistent.

“When I first came into the club, I didn’t have much idea about what training was. I came here, got a bunch of good workouts in going into the cross country season and I saw a big improvement in my results from Grade 9 to Grade 10. Even throughout COVID and the pandemic, I had to start training myself and motivate myself to get out five or six times a week to go in run so I would still be in shape when it came time to race again.”

He has no problems with training solo.

“I was motivated by the thought that I would eventually be able to run and I could do well,” Kleinsmith said. “I really like doing well in sports and that feeling of crossing the finish line and knowing you got a personal best or beat that one person you had been trying to beat the whole season.”

“For track, we need to get some races with stronger fields of runners to let the runners like Adam really come alive and start performing,” he said. “The first couple school races are usually a little more timid because club athletes don’t need to go all out to win but by South Regionals and OFSAA, it’s a lot more competitive and that’s when growth happens.”

Fife saw Kleinsmith improve during each cross country race last fall even as conditions got tougher and tougher.

“I think track is only a small part of the picture for Adam. Ultimately I think he’s going to find the greatest success and joy in racing distances longer than 3K, like cross country and maybe even some road races. But Windsor will be a great stop along the way.”

He will miss Kleinsmith when he is at Windsor.

“He’s always proven himself to be a great leader both within our club distance team and his high school teams and someone that can be counted on is a quality that coaches look for,” Fife said. 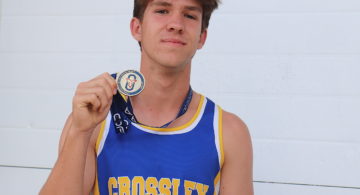