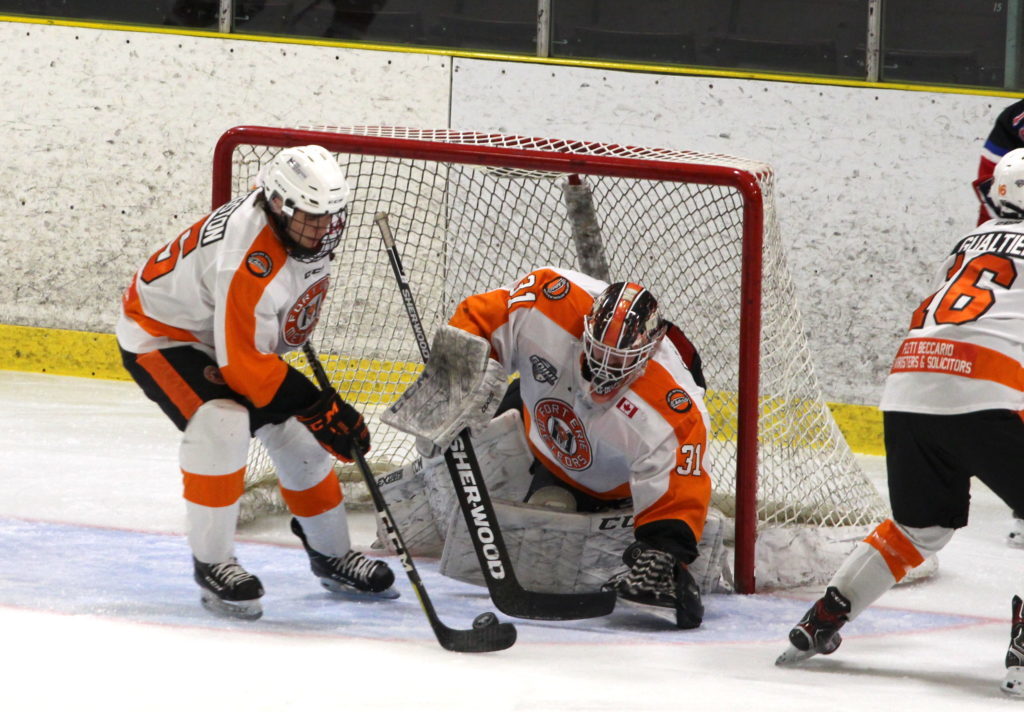 Joseph Macchione and Josh DiFrancesco gave the Meteors a 2-0 lead before the nine-minute mark of the first period.

Jayden Baldinelli netted his third of the post-season 14 minutes into the second to extend Fort Erie’s lead to 3-0. The Kilty B’s began their comeback with a pair of goals in the final minute of the second by Matthew Duarte and Connor Haynes.

Hamilton quickly tied the game less than a minute into the third when Nolan Underwood scored, then took the lead when Dylan Abbamont netted the winner seven minutes later.

“Got the start we wanted and were 23 seconds from heading into the third with a three-goal lead,” Meteors coach/general manager Nik Passero said. “I don’t have much to say about the game, but if nobody thought we were for real . . . they do now.”

Braedyn McIntosh made 24 saves for the win while Duncan Nichols-Delay kicked out 27 shots in a losing effort.

The Caledonia Corvairs visit the St. Catharines Falcons Friday to kick off the other semifinal series.