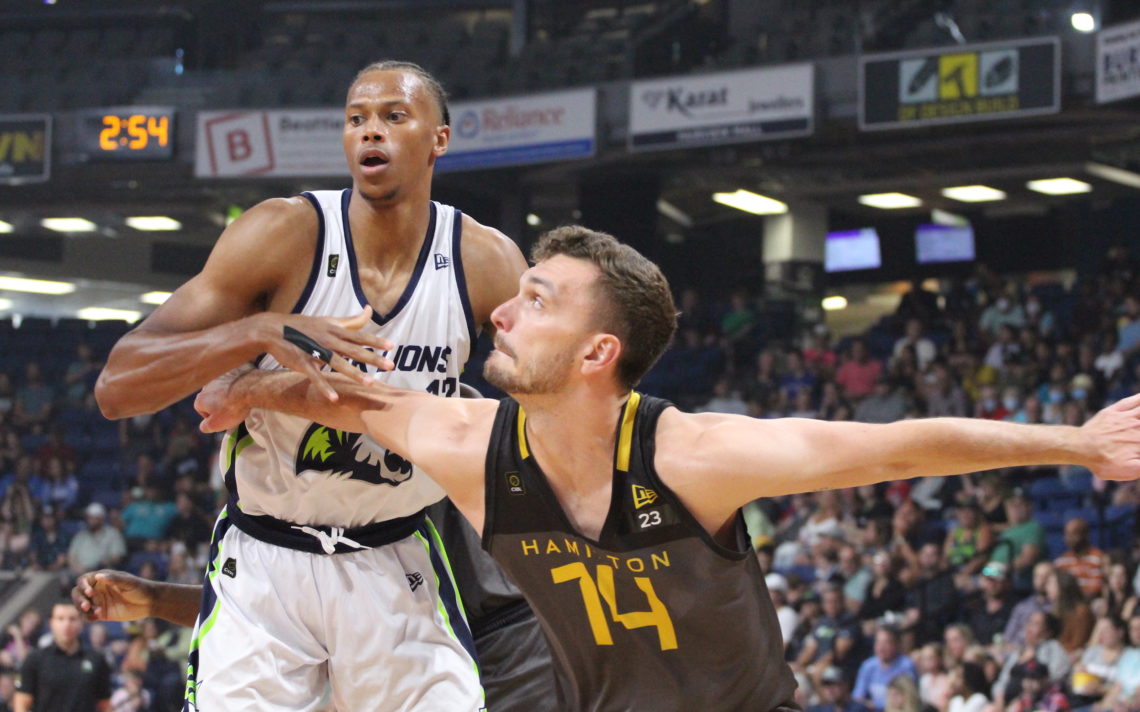 Tidjan Keita has been a great find for the Niagara River Lions.

The 25-year-old Paris, France, native, who is the designated international player on the Canadian Elite Basketball League team’s roster, was averaging 16 minutes, 5.8 points and 4.9 rebounds per game heading into a pivotal Friday night home game against the Hamilton Honey Badgers.

“Tidjan has been great for us. He has a ton of potential and this is the first time since prep school that he has come to North America and played against this type of athleticism,” said, Victor Raso, the River Lions’ head coach and co-GM. “He is a heckuva athlete but he hasn’t been playing in North American leagues.”

Raso has been delighted with the contributions from the 6-foot-10, 205-pound power forward.

“He was really solid for us when EJ (Onu) was gone and I think he has tons and tons of untapped potential. He can do a lot of things on the floor and he has been pretty good for us defending and rebounding,” he said. “Tidjan is capable of impacting the game because his motor is high and he works hard to defend and rebound. When you do that and you are 6-foot-10 and have 7-foot-3 arms, you are going to get rebounds and deflections other people can’t get and you are going to influence shots in ways a lot of other people can’t.”

Like many of his teammates, Keita arrived in Niagara thanks to the efforts of Antwi Atuahene, Niagara’s co-general manager and head of basketball operations.

“Last season I played in Germany and my agent from Toronto knows Antwi well and Antwi has been following me since I was in prep school in Canada,” Keita said. “I was really interested in coming here and it has been a great opportunity.”

He has loved the experience.

“It has been great, it is great exposure and I have learned a lot of good things,” said Keita, whose professional stops have included the Northern Arizona Suns, the G-League affiliate of the Phoenix Suns, the Toronto Raptors’ summer league team in 2018, one season in France with GET Vosges and seasons in Germany with BBC Coburg, the VfL Kirchheim Knights and the Iserlohn Kangaroos.

“Victor has helped me a lot, especially on the defensive end, on where to be in certain positions and different situations.”

He agrees getting used to the North American style of hoops has been a challenge.

“It is more athletic, for sure, and you can’t underestimate any player. In Europe, there are one or two players who are athletic on each team and here everyone is athletic.”

Keita is a relative newcomer to the sport of basketball. He started playing hoops when he was 17 in Paris and was noticed by one of the coaches of the Thetford Gold prep team from Thetford Mines, Que., about 230 kilometres northeast of Montreal,

“Somehow he saw me and right away he wanted to talk to me and see who I was.”

He admitted it was tough to leave home for another country when he was 18, but it turned out to be a great move for him. When he was 20, he signed with Phoenix.

“That is basically where I started basketball. Before that, I was playing basketball and soccer at the same time.”

He believes he has done a lot to make up for his late start.

“Skill-wise, I have caught them already but the game is evolving too.”

Keita is continuing to work to take his game to the next level.

“I am trying to get bigger and stronger but I want to keep my speed.”

He is enjoying his time in Niagara.

“I love it. I love the city and we have been to the Falls a couple of times. It’s wonderful here and the fans are really nice.”

In his spare time, he likes to try different restaurants and hang out with his teammates.

In a 76-73 loss to the Honey Badgers Friday, Keita had two points and four offensive rebounds in slightly more than 11 minutes of playing time.

Top performers for the River Lions in the loss were: Antonio Davis Jr, with 21 points; Khalil Ahmad with 12 points; Daniel Walden-Mullimgs with nine points, and, EJ Onu with eight points and five blocks.