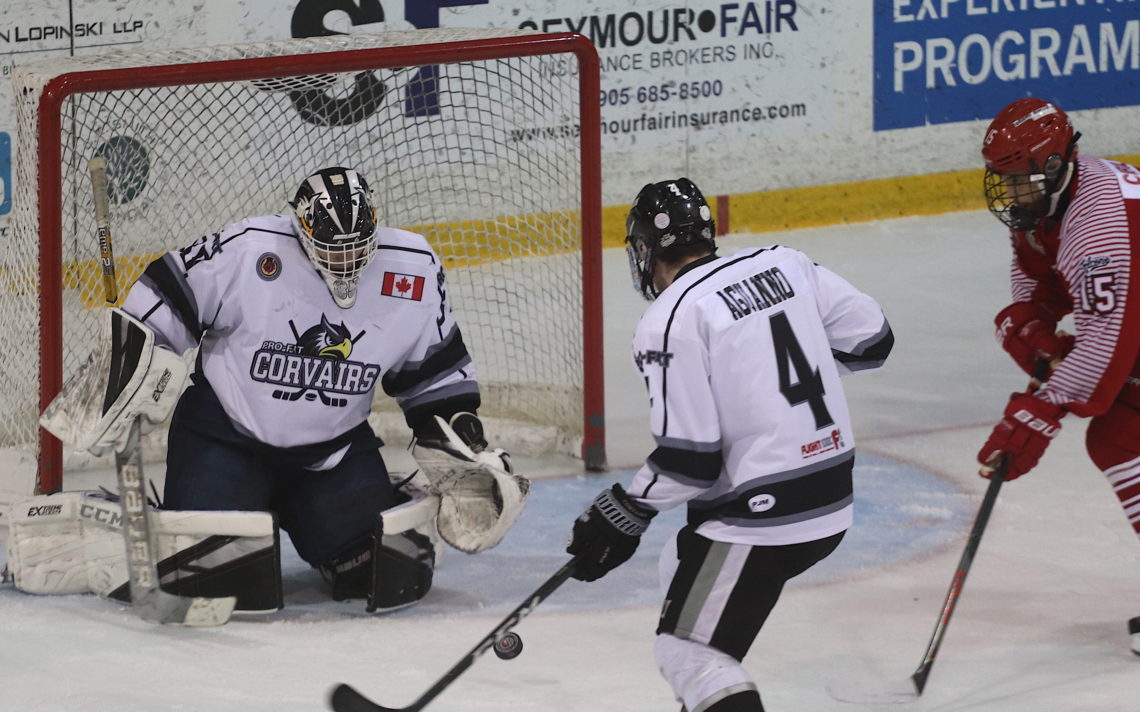 The Caledonia Corvairs host the Buffalo Regals Tuesday to kick off the Golden Horseshoe playoffs. Photo by: BERNIE PUCHALSKI.

That means it’s also time to preview each of the of the best-of-seven quarter-final series while dusting off the BPSN crystal ball to make our annual playoff predictions.

The Buffalo Regals visit the Caledonia Corvairs Tuesday to kick off the post season. The Thorold Blackhawks are at Hamilton to face the Kilty B’s Thursday to begin that set while the Fort Erie Meteors travel to Niagara Falls Friday and the Pelham Panthers visit the St. Catharines Falcons Friday.

The following is a look at each of the four series followed by a prediction.

The powerful Caledonia Corvairs placed first overall in the entire GOJHL with a .910 winning percentage. The Corvairs led the Golden Horseshoe Conference with an impressive 45-4-0-1 record, scored the most goals (251) and permitted the fewest (102). They also led the league in penalty minutes by a wide margin at 1,424. The Fort Erie Meteors were second at 1,048 and were the only other team with more than 1,000.

The Regals turned in a respectable season (for them) with 10 wins, including seven on home ice.

The Corvairs dominated the regular season series sweeping the six games and outscoring the Regals 40-12.

“I think we are playing on all cylinders right now as a full team,” Corvairs coach Mike Bullard said. “The key is to worry about what we have to do and not the David against Goliath scene.

“Buffalo has been a better team this year and they work hard even though they lost a lot of good players.”

The defending champion Canucks turned in a solid 34-12-2-2 season to place second overall. The Canucks can score with the best of them and feature a deep, solid group of forwards led by Golden Horseshoe scoring champion Andrew Bruno who netted 39 goals and 91 points. Former Niagara IceDog Cal Davis won the overall GOJHL scoring championship with 30 goals and 100 points for the London Nationals.

The Meteors, meanwhile, got off to a tough start losing their first seven games and continued to struggle during the first half of the season.

Dave Marrone was brought in after Christmas to take over as head coach and the former Thorold Blackhawks owner and his staff of Chris Risi and Steve Dol did a nice job of turning things around and stabilizing the organization.

“We have to be the hardest-working team, we have to stay out of the box, and we have to play our system to a T,” Marrone said. “Everybody has to buy in and then we can keep each game interesting.

“There is no margin for error; they are a great team.”

The Canucks took five of the six regular season games. The Meteors only win was a 2-1 victory late in the season.

“We’ve really hit our stride this month, and I think we’ve been getting better as the season has gone on, so we’re confident and ready for the playoffs,” Canucks coach Frank Pietrangelo said. “We know the potential that we have in our dressing room, and we are starting to see this on a consistent basis.

“We have tremendous depth and know this is always important in the condensed playoff schedules. We’re ready for the playoff grind.”

“We have nothing but respect for Fort Erie, and are fully aware of their improved play since the new year started, but our focus will be on our game and execution,” he said.

The Falcons placed third in the regular season with 33 wins while the Panthers were 17-30-0-3.

St. Catharines took five of six meetings, outscoring Pelham 33-11. The Panthers lone win versus the Falcons was a 5-3 triumph in December.

St. Catharines features a solid, if unspectacular offence, led by captain Curtis Egert and veteran Xavier Drummond. Goaltender Blair Coffin will be a key in the post-season. The former Ontario Hockey League backstop compiled a 2.43 goals-against average and .912 save percentage while back-up Ethan Cook more than held up his end of the tandem with a 1.94 GAA, .925 save percentage and five shutouts.

“The key to being successful against Pelham will be to play a full 60 minutes and to play the game the right way,” Falcons coach Tyler Bielby said. “One thing we have learned from them is that they don’t take a night off against us. They are always ready to play and can make things difficult with how heavy they play. We must take pride in our preparation and stay out of the box.”

The Panthers struggled on and off the ice early and parted ways with coach Mark Barrick. Veteran Chris Johnstone was brought in along with his son, Carson Johnstone, and the pair brought some much-needed stability to the organization,

The Panthers will work hard — the Johnstones will see to that — but their offence is an issue. Pelham scored the fewest goals in the league at 110 while permitting 199.

“I have a lot of respect for the coach on the other side of the aisle,” Bielby said. “He has helped hundreds of young players in the area and comes with a lot of experience. He will have his boys prepared and ready to go through a wall. It’s imperative that we match that intensity and bring our best effort from the drop of the puck in Game 1.”

This is easily the most competitive series of the first round and definitely the toughest to handicap.

The Kilty B’s finished in fourth spot with 31 wins and were in contention for third until their final game of the season.

The Blackhawks settled into fifth early in the season and finished up with a respectable 26-20-2-2 mark.

Thorold dominated the regular season series with four wins, although each victory was by just one goal. The first meeting between the teams ended in a 2-2 tie while the Kilty B’s took the last encounter 7-6 last week.

Both teams feature good offences and better-than-average goaltending. This one could come down to goaltending and special teams.

“It’s two pretty evenly matched teams,” Hawks coach Scott Barnes said. “Obviously, they had 10 more points in the standings but we played them pretty good during the season.

Barnes isn’t even sure the series will be a long one.

“It could be anything,” he said. “It could be a short series if one team gets hot. I expect them to be close games but you never know. If could be four, it could be seven. Hamilton has been so hot lately, they’re playing very good hockey. Even though we had a very good record against them in the regular season, you can’t take away from them they basically dominated the league at the end of the year.” 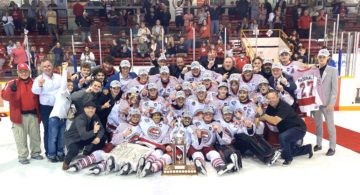 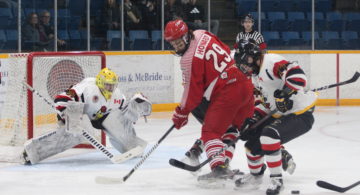 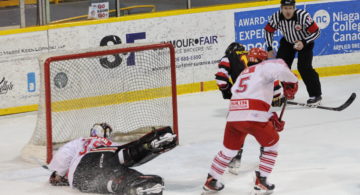