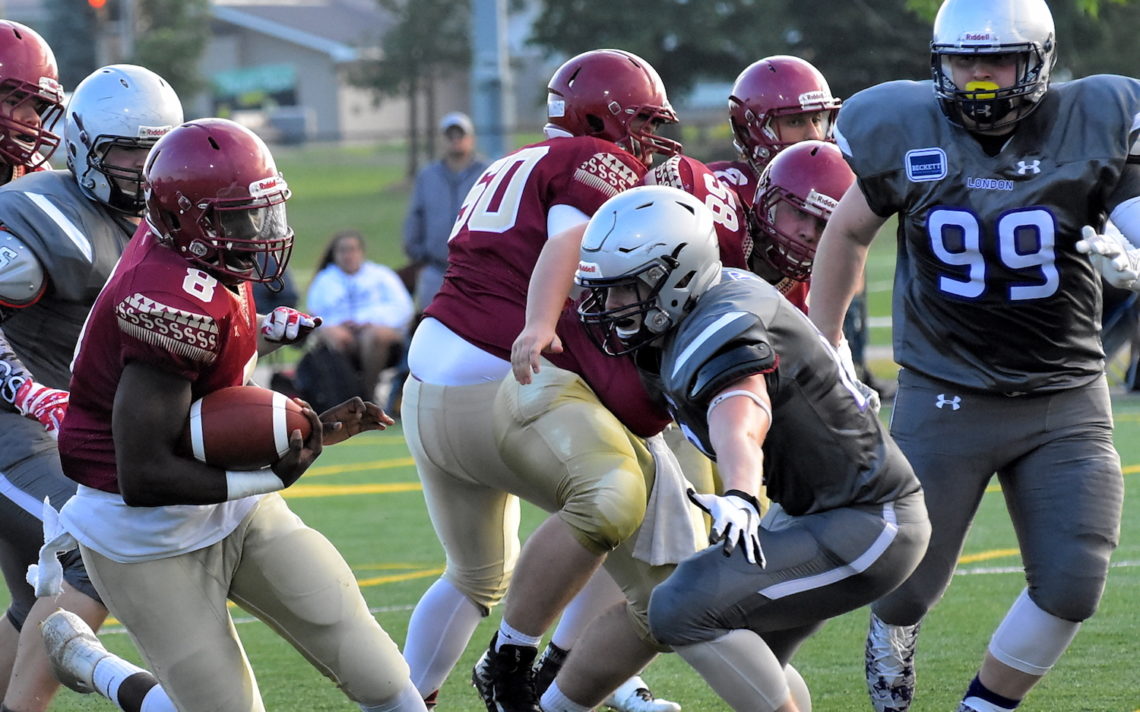 “London has an excellent team,” Spears head coach Brian Duguay said. “We came down and we played really well.”

The Spears scored a field goal on their first possession and then were done in by inexperience.

“The defence came out and stopped them and then we started having young mistakes, including an offside that brought back a 45-yard gain and stuff like that,” he said.

London improved to 6-0 with the win while Niagara Spears fell to 4-3. Niagara is done for the regular season as it enters its bye week.

Who Niagara plays on the road in the first round of playoffs will be determined by this weekend’s games. Niagara will either face London or Hamilton.

The bye week comes at a perfect time for the Spears.

“We have some injuries we have to look after, there’s a lot of proms and grads and it’s a busy week for the boys,” Duguay said.

Ethan Carmichael scored a pair of touchdowns but it wasn’t enough as the visiting Niagara Spears Tier 1 Junior Varsity football team fell 45-22 to the London Junior Mustangs in OPFL action.

A pair of majors by Josh Morley powered the Niagara Spears Tier 2 Junior Varsity football squad to a narrow 30-26 triumph over the North Bay Bulldogs.

The visiting Niagara Spears bantam football team dropped a tough 21-19 decision to the London Junior Mustangs in OPFL action this past weekend.

Marshall McCray scored a major and booted a convert for the Spears while single touchdowns were contributed by Adrian D’Gyves and Jacob Tessier.

Outstanding effort by both defences.