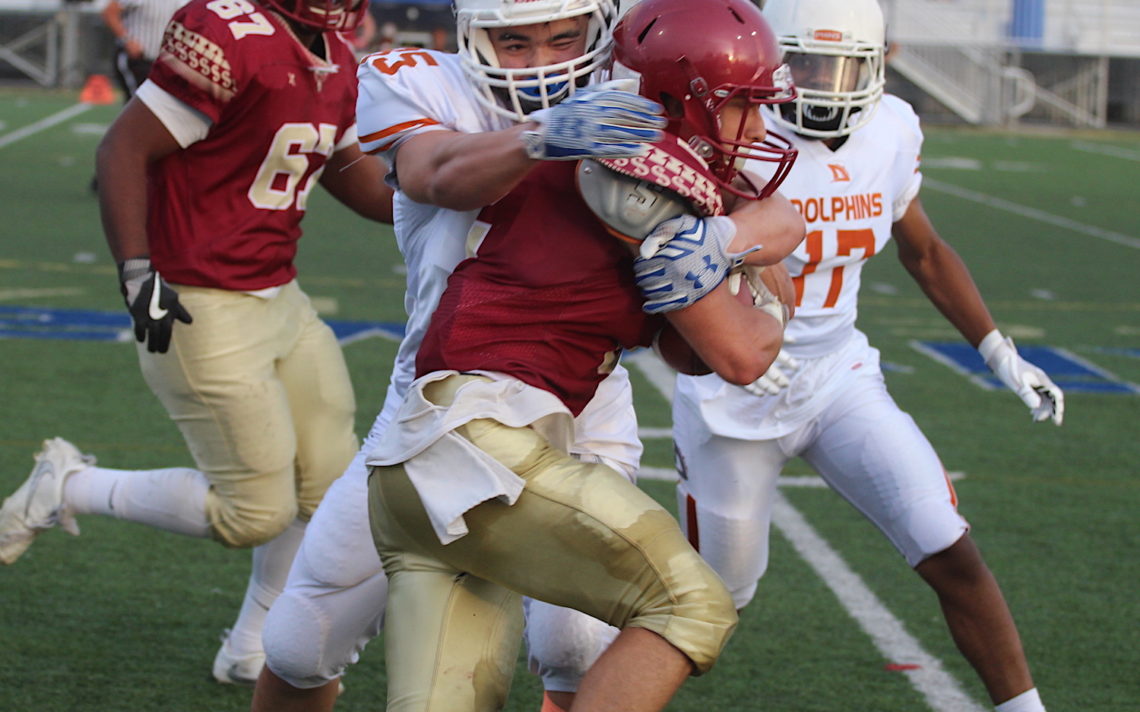 “We just never gave up as at team,” head coach Brian Duguay said. “The turning point was David Hart’s kickoff return after they (Bulldogs) scored a TD and Josh Ferguson just willed his way for both late TDs.”

Jarod Tessier added a two-point convert for the Spears.

Scoring for the Spears were: Marshall McCray, touchdown and three converts; Adrian D’Gyves and Nick Ciriello, single majors; and, the defence with a safety.

Bryce Livingston added a one- and two-point convert for the Spears.

Following are results from the Niagara Regional Minor Football Association: