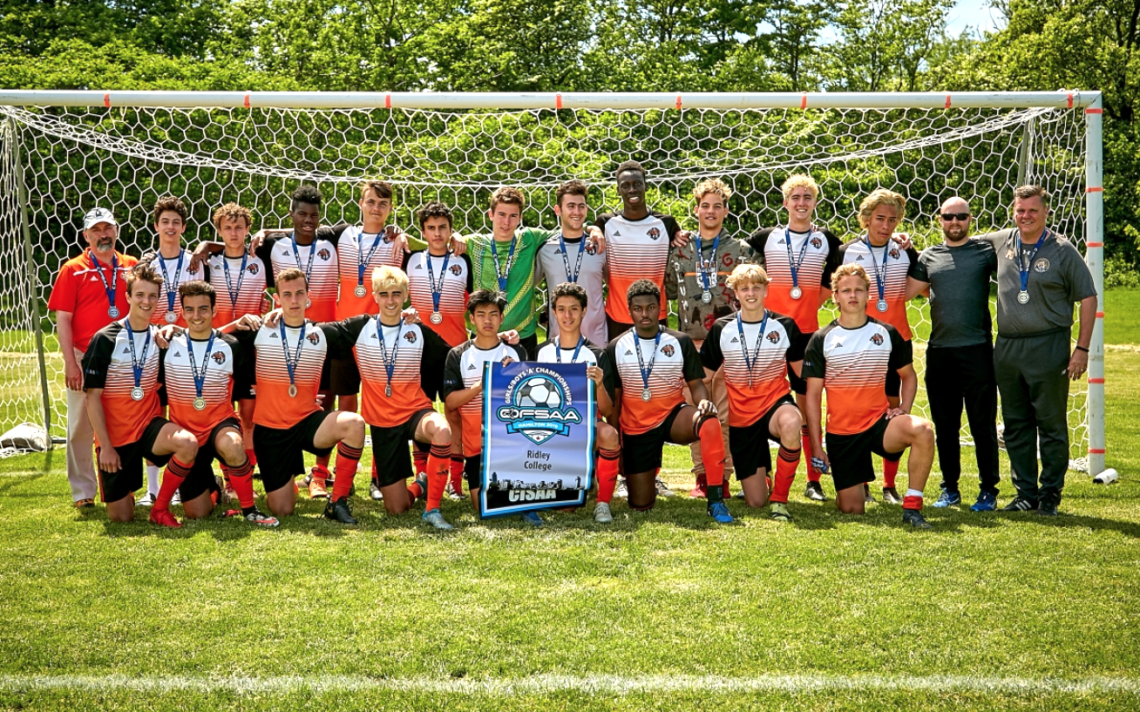 The Ridley Tigers came within a goal post of a gold medal at the OFSAA boys A soccer championships.

The Tigers settled for silver at the Ontario Federation of School Athletic Associations championships in Hamilton after they dropped a 1-0 decision to Glengarry District High School in penalty kicks in the gold medal match.

Following a scoreless battle through regulation and overtime, both teams scored on their first five penalty shots before the Tigers hit the post on their sixth while Glengarry scored on their attempt to capture the gold.

“It was difficult and the boys were devastated at the time, but looking back upon all they did over the course of the tournament, I think they can look upon what they did as a great achievement,” Ridley director of soccer Paul O’Rourke said. “For some of our players, they’ve been at OFSAA since Grade 9 so to finish with a medal, it wasn’t the colour of the medal they had hoped for, but it doesn’t take away from the shine of achieving what they did.”

Having said that, O’Rourke admitted it was a difficult way to lose a championship.

“There isn’t a crueler way to lose a final,” he said. “You live by the sword and you die by the sword. We got to the final on a thrilling penalty kick win and we lost it in heartbreaking fashion on a penalty kick.”

The Tigers advanced to the final with a dramatic 4-3 triumph over St.Paul of Mississauga in the semifinal. 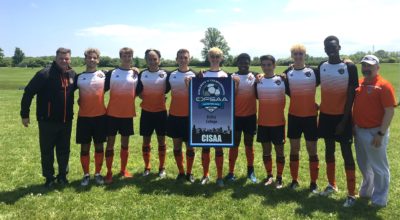 The Tigers fell behind 2-0 in the first half before rallying to tie the game at 2-2 and force overtime. Ridley got down 3-2 in OT before scoring again to force penalty kicks where they had to rally for a third time before finally scoring the winner.

“That was a thrilling game. It was a comeback for the ages, if you like,” O’Rourke said.

The Tigers earlier defeated Guido de Bres in the quarter-finals after going 2-1-1 in  group play.

The medal continues an impressive streak of excellence at the provincial level for the Tigers.

“We’re still looking for the gold and it would have been a nice cap to what has been a very good run for the program.”

The Tigers began a spring soccer season nine years ago and qualified for OFSAA after finishing with the most points in the Canadian Independent Schools Athletic Association (CISAA) league in the fall.

The Tigers play an exhibition schedule in the spring and then had to work in five key players whose primary sport was rugby into the mix before OFSAA.

“They joined us at the end of the rugby season and we had less than two weeks to put the whole team together. It took a little for that whole precess to knit,” O’Rourke said.

The team had high hopes heading into OFSAA.

“Going into the tournament we know we’re capable of proceeding in the tournament but we know we have our work cut out for us to achieve a medal,” O’Rourke said. “The boys provided the effort and dedication that was necessary.”

O’Rourke was assisted by Rob Poe, who is in his final season with the team, as well as Dan Lane and Jesse Vasquez.