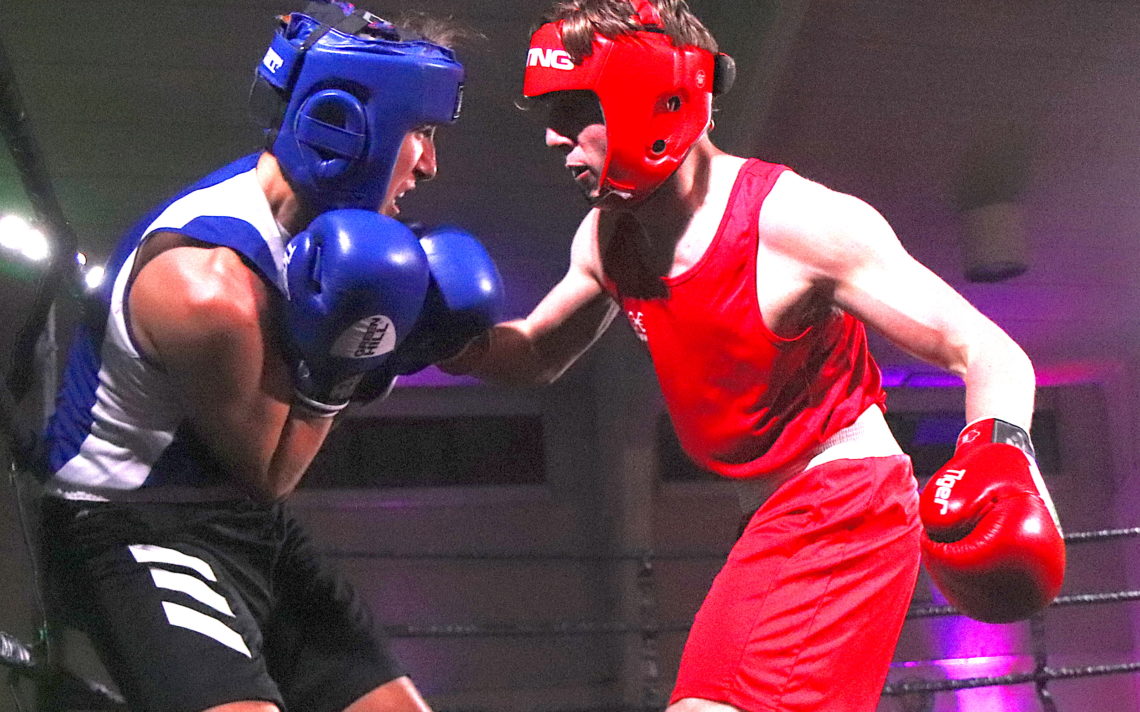 Boxer James Hughes was a winner last Thursday in his pro boxing debut.

Kirk took gold in the Female B Novice 46-kilogram event by beating Mehreen Khakn of the Destiny Boxing Club 3-0.

Nori topped the Youth Novice 48-kilogram division with a 2-1 victory over Isaac Shams of Championship City.

Silver medals were taken home by: Lucas Owens in the Cadet C 60-kilogram Novice division after he defeated Nate Umpherson of Comodus Boxing 3-0 and lost 2-1 to Aayan Kohokhar of Bramalea; Jeremy Cowan in the Cadet C Novice 75-kilogram event after he beat Richard Zsakai of Grant’s Boxing 3-0 and lost to William Fairweather of Saskatchewan; and, Ryan Matthews in the Male Masters 92-kilogram division after losing 2-1 to Marlin Glenn of the Atlas Boxing Club.

Taking home bronze were: Chris Hughes in the Youth 67-kilogram Open division after losing to Jayden Trudell of Border City; and, Dylan Maisonneuve in the Senior Open 75-kilogram following a loss to Alexander Irving of United Boxing.

St. Catharines runner Moh Ahmed ended up sixth in both the 5,000 and 10,000 metres at the world track and field championships in Eugene, Ore.

Welland native Trinity Tutti was 15th in the discus in her first appearance at the senior worlds.

A summer basketball camp is being held Aug. 8-12 at the A. N. Myer gym and some programming may be conducted on the outdoor courts.

The camp director is Vito DiMartino who has more than 40 years of coaching and camp experience and the lead instructor is Elliott Etherington, the head coach/GM of the Sudbury Five of the NBL of Canada.