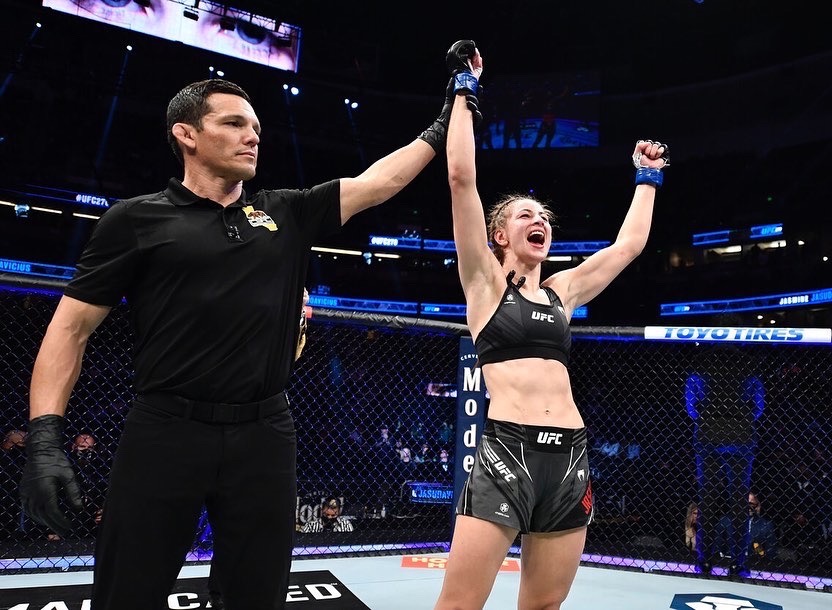 Jasmine Jasudavicius is still on a high after making her UFC debut last Saturday at the Honda Center in Anaheim, Calif.

“It was absolutely amazing. It was literally a dream come true and I said multiple times to my coaches that it was the best night of my life,” the St. Catharines Collegiate alumnus said. “Everything was so perfect. Of course I was nervous but that is all part of it.

“If you don’t feel the nerves, how can you feel the rest? The glory and the high of winning.”

Her inaugural UFC fight was exactly how she envisioned it.

“Nothing really caught me my surprise and that is only because I was actively trying to not have any judgements coming in,” she said. “I didn’t want to have any expectations.”

Jasudavicius’ highlight of the night was standing in the cage and hearing mixed martial arts ring announcer Bruce Buffer announce her name.

“I looked up and I could see my name up in lights in between the first and section sections going around the venue. That was a huge moment for me and it was unbelievable,” she said. “I wish everyone in the world could experience what that feels like.”

Jasudavicius felt an immense amount of pride at being the only Canadian at UFC 270.

“It feels so good to represent Canada and I had so much support going in there. Everyone was sending me positive and sweet message before the fight,” she said. “It was like ‘I am so and so from Moncton and I just want to let you know that we’re supporting you and rooting for you.’ So many people reached out.”

She expected to have some less than supportive messages considering she was fighting Hansen in her home state.

“I didn’t get any hate and I only got positive messages, especially from people from all over Canada. It was awesome.”

The fight was equally awesome.

“I was playing it super safe because I felt the biggest chance this girl had to beat me was if I put myself out of position or if I lost my defence for one second. I knew she would capitalize on it,” she said. “It was taking no shortcuts and just being safe the entire fight.”

That strategy wasn’t easy for Jasudavicius.

“I really wanted to battle and have a backyard brawl but my coaches know best and they told me not to take any shortcuts. That was our saying all camp.”

Jasudavicius learns from every one of her fights and her win over Hansen was no different.

“I learned that I can be very calm in the chaos. It was my debut in the Honda Centre on a massive card with two title fights against a hometown girl,” she said. “There were so many things that could have made me get anxious, overwhelmed and crumble under pressure but pressure makes diamonds and I felt that I excelled under that pressure.

Jasudavicius has a four-fight contract with the UFC and she doesn’t yet know when her next fight will be staged.

“Nothing is booked yet. My coaches left (California) Monday and I leave Wednesday morning and we will meet up on Thursday and discuss what the plans are moving forward.” 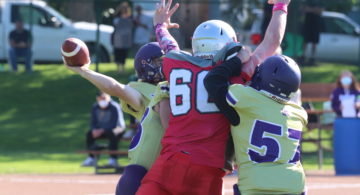 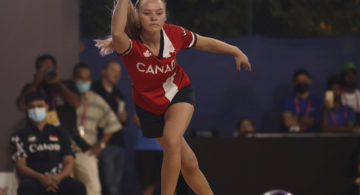 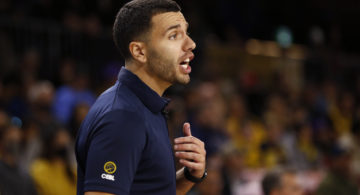