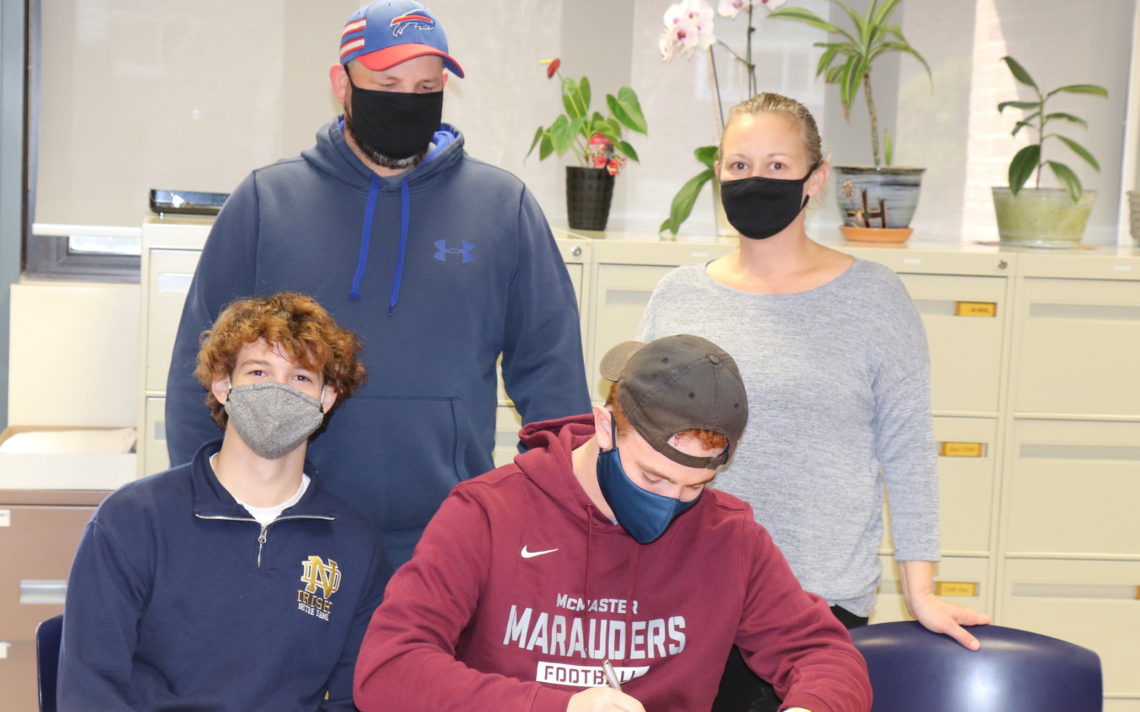 Like several of his Notre Dame teammates, Jarod Tessier saw his 12B season of high school football terminated by the COVID-19 pandemic.

“It was a tough one because I didn’t need to come back and upgrade any of my marks or anything,” the 18-year-old Welland resident said. “I was coming back so I could play with my brother (Jacob) and figure out what I was going to do next year. I didn’t know what to do when I heard. I was kind of speechless.” 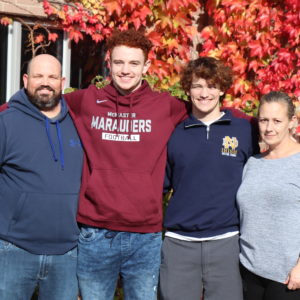 Normally at this time of year, Bisci would have been busy preparing his football team for a run at another championship but on Thursday, he had to get his football fix by attending a signing ceremony for Tessier. Wearing masks, the 6-foot-2, 190-pound Tessier celebrated his signing with his brother, his parents, Trevor and Kim, and members of the Notre Dame coaching staff and school administration.

“It was a really tough decision and it was between Mac and Guelph,” said Tessier, who played defensive back, slotback and running back for the Fighting Irish. “Mac just kind of spoke to me and it was kind of a process.”

Before the pandemic hit, he visited the school and met the coaches.

“I had a really good feeling talking to coach P (assistant offensive coordinator and running back coach John Parks) and the receiver coach and the campus was really nice,” he said. “It kind of reminded me of home and I could see myself playing for that team, wearing maroon and spending my five years there.”

Parks played a big role in recruiting Tessier to McMaster.

“I am super excited that he made the decision to be a Marauder,” Parks said. “He fits the exact mould of what we look for when we are recruiting a receiver. He’s got size, athletic ability and he is extremely well-rounded in the fact that he wants to be more than just really good football player. He has a strong mindset as far as being very community minded, culture based and we are thrilled to have him become part of our locker room.” 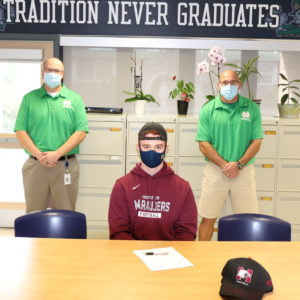 Mac also likes that Tessier is from the Golden Horseshoe.

“It makes it that much more exciting knowing his family is going to be able to engage in his full experience and they will be able to be around as he has success both on and off the field,” Parks said.

Tessier plays both offence and defence for Notre Dame but is excited that Mac wants him to suit up as offensive player.

“My head is mostly on the offensive side of the ball because I feel when I have the ball in my hands I can make a difference.”

Bisci was happy with Tessier’s play on offence and defence.

“He is an athlete and he has played well for us on both sides of the ball. Hopefully when he gets to Mac, they will put him in a spot where he can flourish.”

Tessier has been playing football since he was eight. He played minor football with the Welland Ti-Cats, four years of high school ball with Notre Dame and two years in the Niagara Spears travel organization.

He has always tried to play hard.

“My dad has always told me that even when you are losing big, you still have to try hard because you don’t know who is watching. That’s what I have based my game off of and every time I am in a game, I give it my all.”

Tessier can’t wait to get started.

“I want to further my game and take it to the next level, meet new people and teammates, and get a chance to compete for a spot in my first year.” 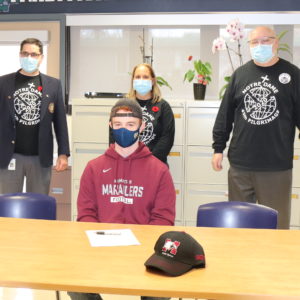 He is working out with a personal trainer in St. Catharines and will follow the McMaster weight training program when it arrives.

“In my first year, I am hoping to play on special teams a little bit and at least dress,” he said. “That is my main goal because I feel that is realistic.”

Laurier, Toronto and Waterloo also expressed an interest in Tessier but McMaster is the team that has ended up being the squad excited to see what Tessier can do at the next level.

“He is coming from an extremely strong program at Notre Dame in Welland and we have had some success recruiting there in the past couple years,” Parks said. “We got Zack Melnyk last year and we’re happy to add Jarod this year. We expect a lot from him and we think he will fit in very nicely over the next couple of years.”

Tessier needs to continue working on getting faster and stronger and maximizing his reps to make sure he is maintaining muscle memory.

“Those are the things he has to keep working on and he can’t take any time off. That’s what a lot of recruits are struggling with through COVID,” Parks said. “Knowing how determined Jarod is, I think he will be quite successful.”